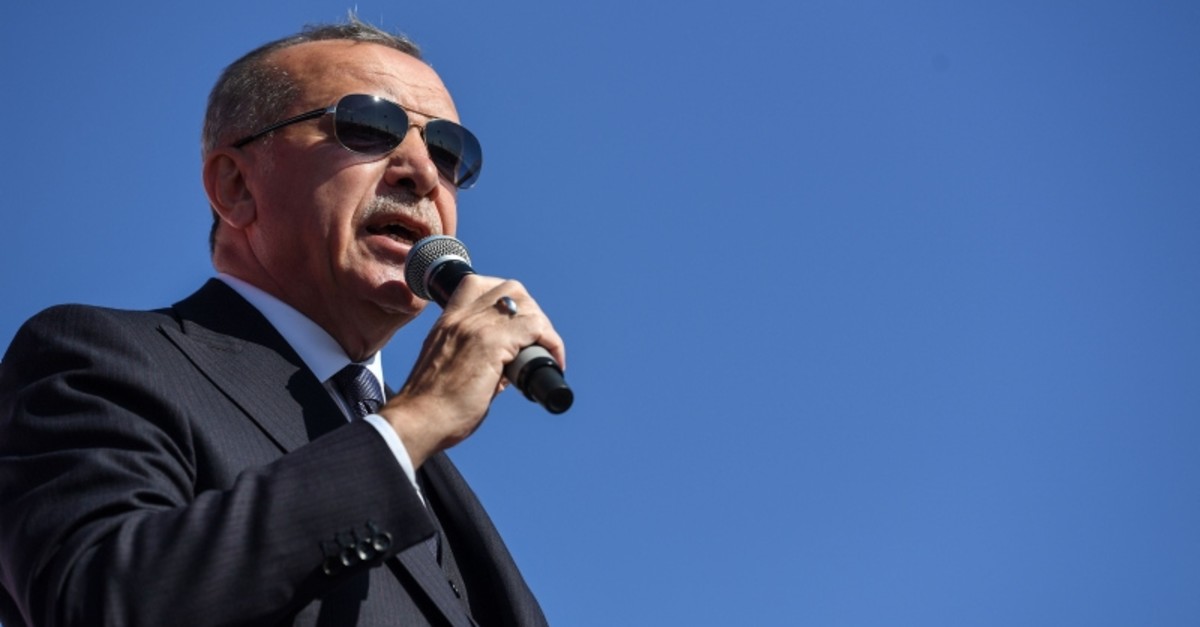 Turkey will take the issue of U.S. recognition of Israeli sovereignty over Golan Heights to the U.N., President Erdoğan said late Sunday in regard to U.S. President Donald Trump's recent announcement that was widely regarded as a breach of international law.

Trump's announcement sparked condemnation and criticism from across the globe, including from the U.N. Human Rights Council, EU, Turkey, France and many other nations.

"Attempts by the U.S. to legitimize Israel's actions against international law will only lead to more violence and pain in the region," Çavuşoğlu wrote in a tweet.

Israel occupies roughly two-thirds of the wider Golan Heights as a de facto result of the conflict. It moved to formally annex the territory in 1981 -- an action unanimously rejected at the time by the U.N. Security Council.

Foreign Ministry spokesman Hami Aksoy also voiced Turkey's concern over speeches by some national leaders about moving their embassies in Israel to Jerusalem on Sunday during the American Israel Public Affairs Committee (AIPAC) meeting in Washington.

"We are concerned by the irresponsible statements made by the leaders of certain states at the annual conference of the American Israel Public Affairs Committee (AIPAC), held in Washington, about moving their embassies in Israel to Jerusalem," Aksoy said in a written statement yesterday.