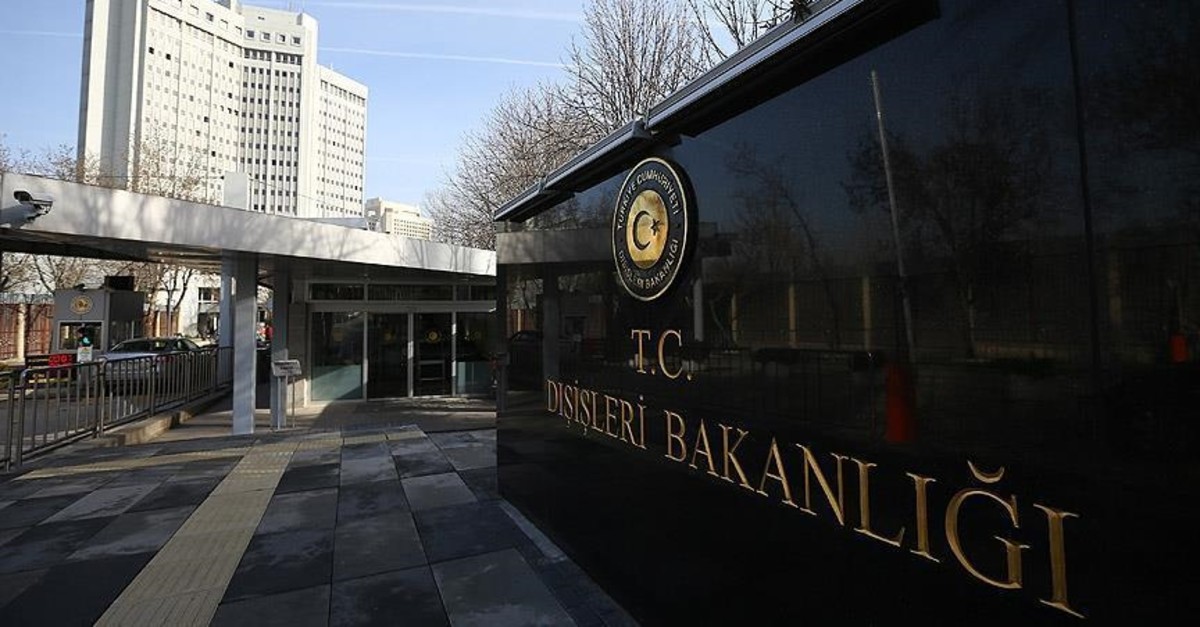 Turkey on Monday voiced concern over speeches of some country leaders about moving their embassies in Israel to Jerusalem during the American Israel Public Affairs Committee (AIPAC) meeting in Washington on Sunday.

"We are concerned by the irresponsible statements made by the leaders of certain states at the annual conference of the American Israel Public Affairs Committee (AIPAC), held yesterday (March 24) in Washington, about moving their Embassies in Israel to Jerusalem," Foreign Ministry spokesman Hami Aksoy said in a written statement.

Aksoy stressed that the relocation by any country of its embassy in Israel to Jerusalem would "constitute a clear violation of international law".

"The annexation of Jerusalem by Israel has been rejected by the international community and the United Nations."

"It was repeatedly underlined by various U.N. resolutions that the question of Palestine could only be solved by the establishment of an independent, sovereign and the contiguous State of Palestine based on the 1967 borders, with East Jerusalem as its capital," he said.

Aksoy called on all countries to "comply with the U.N. Resolutions on this matter, to respect the historical and legal status of Jerusalem and to refrain from acts that would further destabilize the region."

U.S. President Donald Trump unilaterally recognized Jerusalem as the capital of Israel on Dec. 6, 2017, triggering world outcry and it relocated its embassy in Tel Aviv to Jerusalem on May, 2018. Guatemala has followed the U.S. suit, relocating its embassy to the occupied city.

Jerusalem remains at the core of the Israel-Palestine conflict, with Palestinians hoping that East Jerusalem — now occupied by Israel — might eventually serve as the capital of a future Palestinian state.