'US still part of problem, not solution': Turkey slams US move on Israeli-occupied Golan Heights 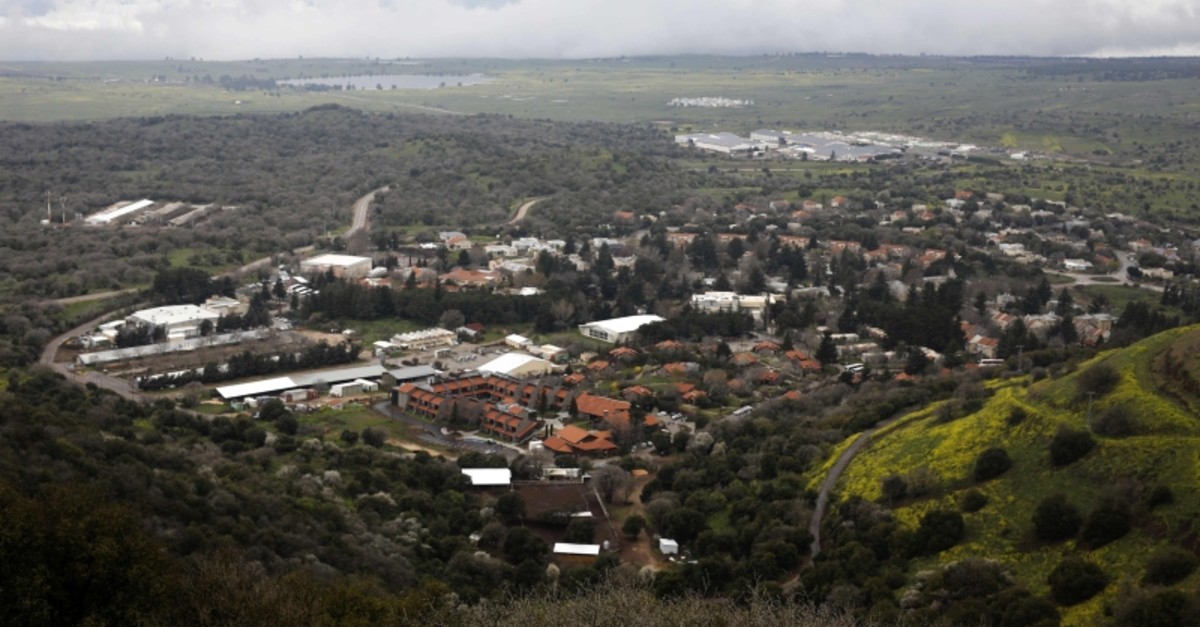 Picture taken on March 25 2019, shows a general view of the Israeli settlement of Merom Golan in the Israeli-annexed Golan Heights (AFP Photo)
by Daily Sabah with AA Mar 25, 2019 8:35 pm

Turkey views the U.S.' decision to recognize Israeli sovereignty over the occupied Golan Heights as "null and void", and sees it as a complete disregard of international law, back-to-back statements by senior officials and state institutions showed.

"The decision will further increase tensions in the region by preventing peace efforts in the Middle East," he added.

Later speaking in southern Antalya province, Çavuşoğlu said Trump's signature "is supposedly a gift to [Israeli Prime Minister Benjamin] Netanyahu who is in trouble before the election."

"This unfortunate decision, which constitutes a grave violation of international law, particularly the United Nations Security Council Resolution 497 (1981), demonstrates that the U.S. Administration continues its approach to be part of the problem, rather than part of the solution in the Middle East," the statement read.

Underscoring that Trump's proclamation was "null and void" for not only Turkey but also for the responsible members of the international community and all the countries in the region, the ministry called on the world to comply with the U.N. Charter and U.N. Security Council Resolutions "instead of further destabilizing the region with futile attempts to justify Israel's acts against international law."

The ruling Justice and Development Party (AK Party) Spokesman Ömer Çelik also slammed Trump's move, saying that Turkey will strive to make sure that other states do not recognize it.

Israel has long lobbied the U.S. to recognize its claim over the Golan Heights, but all past administration refused to heed the calls.

Israel occupies roughly two-thirds of the wider Golan Heights as a de facto result of the conflict. It moved to formally annex the territory in 1981 — an action unanimously rejected at the time by the U.N. Security Council.