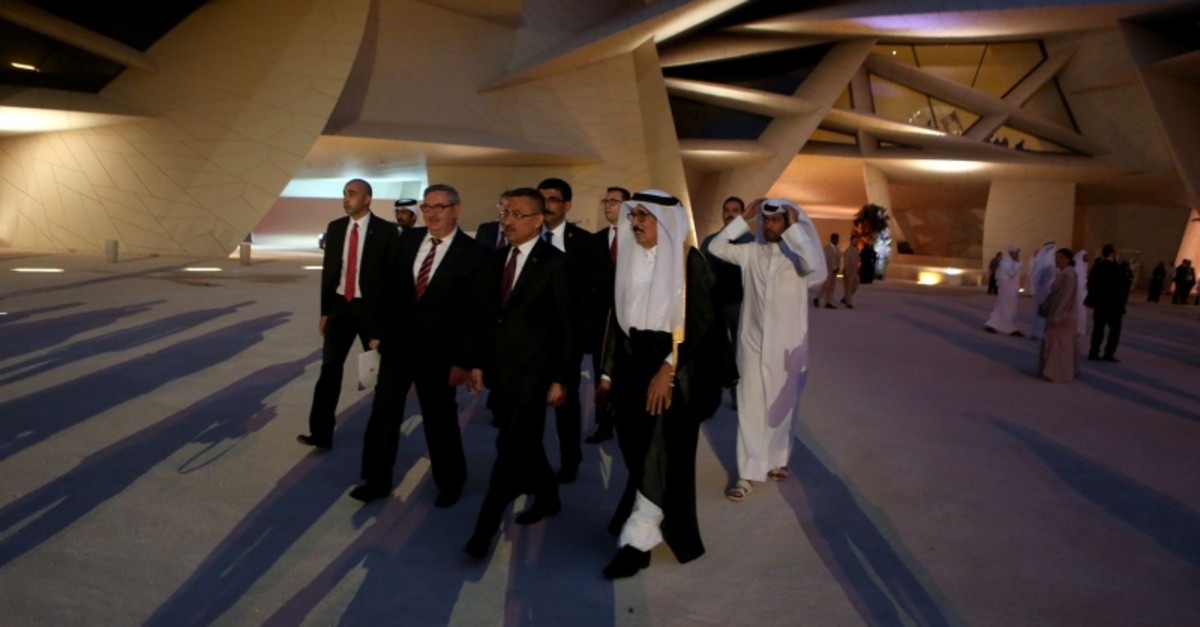 Vice President Fuat Oktay (C) and former Qatari culture minister Hamad bin Abdoulaziz Al-Kawari (R) arrive at the inauguration ceremony of the National Museum of Qatar in the capital Doha, ahead of its official opening on March 27, 2019. (AFP Photo)
by Daily Sabah with AA Mar 28, 2019 12:00 am

Vice President Fuat Oktay visited Doha on Wednesday to attend the opening ceremony of Qatar National Museum, meet with Qatari officials and visit a Turkish military base in the Gulf country.

"We are friends with those who are friendly to our Qatari friends," Oktay said, speaking at a base in Qatar run by the Turkish Armed Forces.

"We won't allow those who look with hostility to be our friends," he added.

Oktay went on to describe Qatar as the "land of allies," thanking Doha for its past assistance.

Addressing the Turkish troops at the base, he said: "You are demonstrating this upright position in the military field in Qatar on behalf of the Turkish nation."