Bolivian President Morales arrives in Turkey to meet with Erdoğan 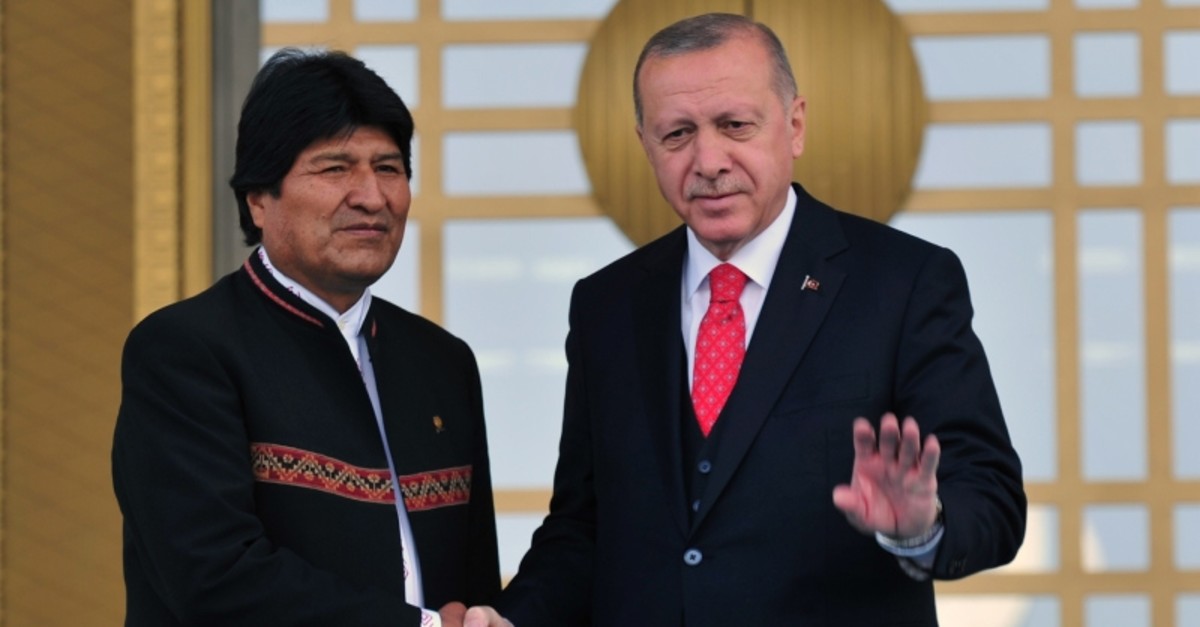 Bolivian President Juan Evo Morales Ayma arrived in the Turkish capital Ankara on Tuesday for an official visit that will include a meeting with President Recep Tayyip Erdoğan.

Speaking at the event, Morales expressed his wish that the number of Bolivian students at the university would increase and that Turkish-Bolivian relations would continue to grow.

Morales then went to the Presidential Complex, where he was welcomed by President Erdoğan in an official ceremony that included the playing of the Bolivian national anthem.

Erdoğan and Morales will hold a joint news conference after a closed-door meeting and talks between the delegations. The two presidents are expected to discuss all aspects of bilateral relations, as well as regional and international developments.

The trip will be the first presidential visit to Turkey from Bolivia, which currently holds the rotating presidency of the Community of Latin American and Caribbean States (CELAC).