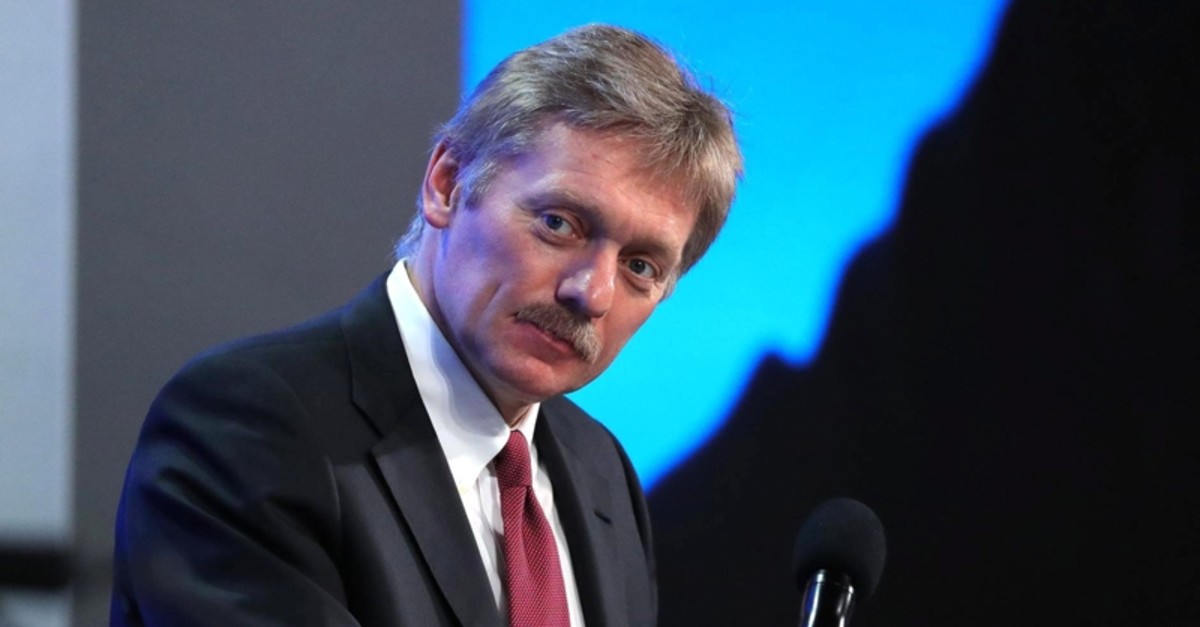 There is unprecedented pressure on Turkey over its deal for the Russian S-400 air defense system, but we welcome President Recep Tayyip Erdoğan's determined stance on the issue, Russia's presidential spokesperson Dmitry Peskov said Sunday.

Peskow was speaking at "Moscow. Kremlin. Putin", a program on Rossiya-1 TV channel, where he evaluated Ankara's statements in the face of threats from the U.S. over its purchase from Moscow.

"The pressure has indeed been unprecedented. We welcome Erdoğan's rather tough and uncompromising position (on the issue). We believe that such a stance will allow us to build a free and sovereign dialogue," Peskov said.

The spokesman said there were very few countries in the world that can act so independently and sovereignly when it comes to principles, and Russia and Turkey were in this category.

In response to concerns and questions on whether there had been a change in Ankara's position on the S-400s, Erdoğan had said last week: "We tell them 'this is a job completed, all is ready.' The delivery of the S-400 missile defense system was supposed to be in July, it may be done earlier."

Earlier this week, the United States reportedly halted the delivery of parts and services related to the stealth F-35 fighter aircraft to Turkey. It marked the first concrete U.S. step to block delivery of the jet to the NATO ally in light of Ankara's planned purchase of the Russian missile defense system.

The Ankara-Moscow S-400 deal was inked in December 2017, when the parties signed a $2.5 billion agreement for two batteries of the system, Russia's most advanced long-range anti-aircraft missile system.

Turkey will be the first NATO member country to acquire the system.