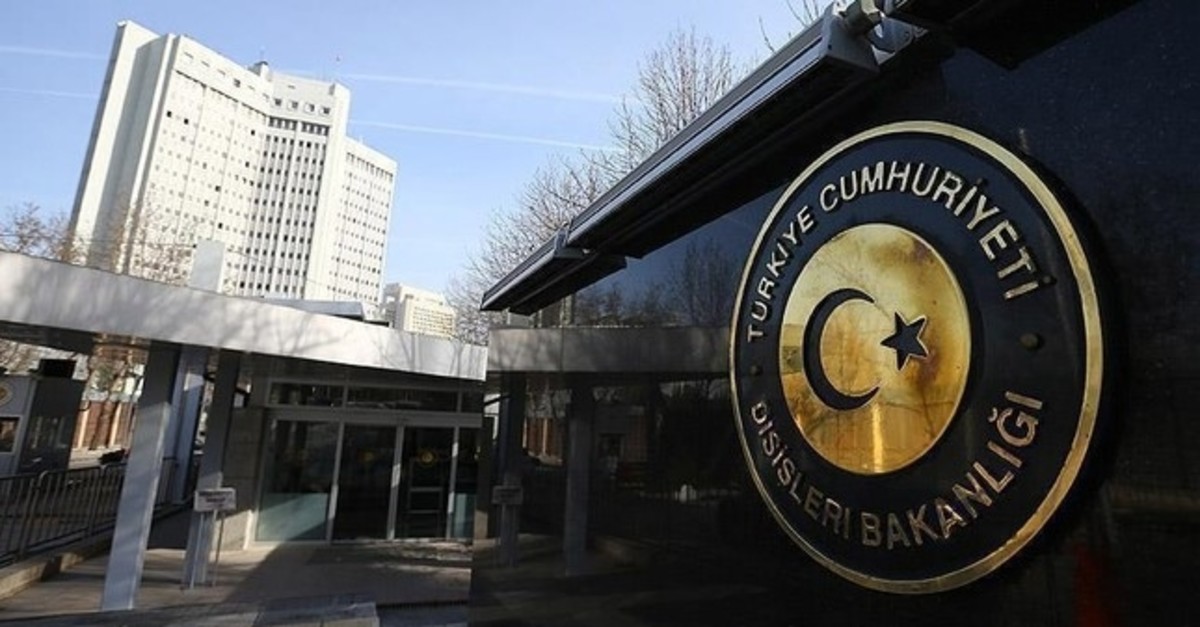 "This is a wrong move aiming to legitimize terrorist groups, and one that goes against the relations between two allies," he added.

"We remind once again that Turkey will not hesitate to take precautions needed to ensure its national security that it deems necessary and that the agendas that aim to harm Syria's political unity and territorial integrity," Aksoy concluded.

Macron earlier on the same day hosted representatives of the terrorist group, assuring them of France's support in the fight against the nearly-exterminated Daesh extremists.

The SDF is an umbrella group dominated by YPG terrorists. It is regarded with huge distrust by neighbouring Turkey which recognizes the YPG as a terror group.

Macron assured the SDF representatives, who were not named, of the "active support of France in the fight against Daesh which continues to be a menace for collective security," the presidency said in a statement.

Particularly important was the support in the "handling of terrorist fighters held as prisoners along with their families."

European capitals are all keeping a careful eye on the Daesh prisoners held by the SDF after the defeat of the terrorist group, given many are dual nationals.

Macron also vowed that financial support would be allocated to "respond to the humanitarian needs and the socio-economic stabilisation of civilian populations in Syria."

PKK/YPG is now fear being abandoned by their patrons now that Daesh is beaten, after U.S. President Donald Trump announced the withdrawal of American forces from Syria.

France's past contacts with the SDF have also angered Turkey, which rightly regards the YPG as the Syrian branch of the internationally recognized terrorist group PKK.

The PKK has waged a 35-year insurrection against Turkey and killed tens of thousands of civilians, soldiers and officials.

Macron also made clear of the importance to Paris of "the security of Turkey and a de-escalation along the Syrian-Turkish border," the presidency said.