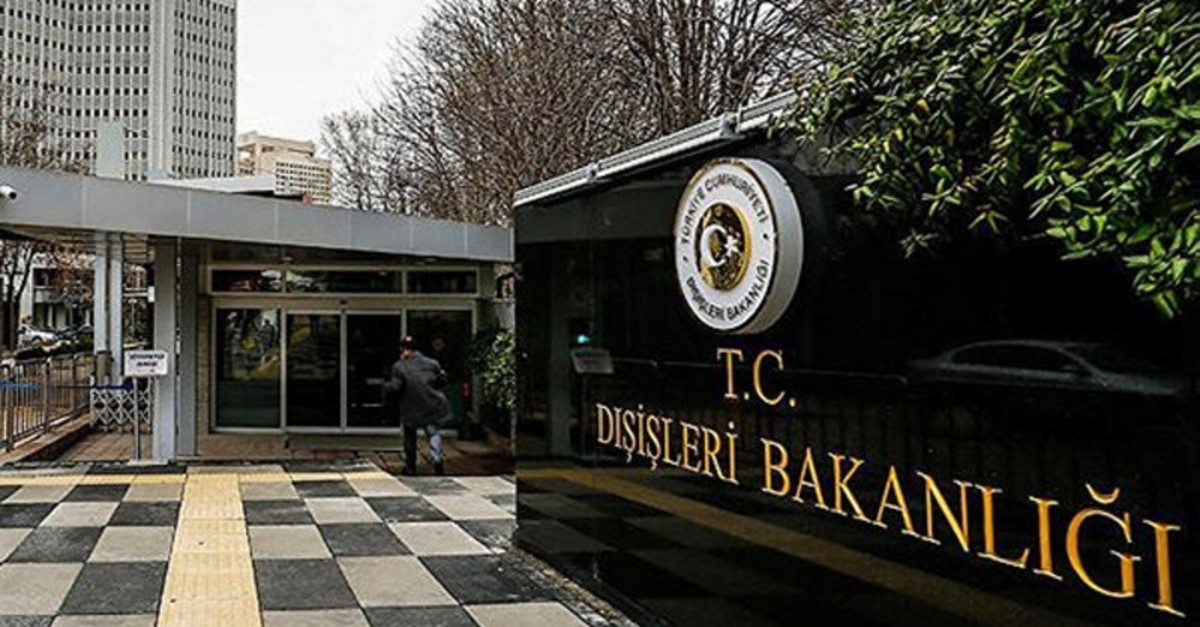 The Turkish Foreign Ministry on Wednesday rejected U.S. President Donald Trump's statement on the 1915 events, in which he used the Armenian term "Meds Yeghern" to describe the tragedy.

The ministry said his "null and void" statement was based on the subjective narrative fictionalized by Armenians and had no value, urging Trump to be fair in his judgments.

"The distortion of history for political objectives is never acceptable," it said in a statement.

Recalling the sufferings of more than 500,000 Muslims slaughtered by Armenian rebel groups during the same period, the statement reiterated that Turkey stood firmly behind its proposal to establish a joint history commission to understand all aspects of the events which took place 104 years ago.

"Radicalized Armenians who want to make the world forget their doings in the events of 1915 do not have the courage to approach this proposal positively. On this occasion, we commemorate with respect all the Muslim, Christian and Jewish people who lost their lives during the collapse of the Ottoman Empire," the statement read.

​In the annual commemoration of the 1915 events, Trump said: "On this day of remembrance, we again join the Armenian community in America and around the world in mourning the many lives lost. As we honor the memory of those who suffered, we also draw inspiration from the courage and resiliency of the Armenian people who, in the face of tremendous adversity, built vibrant communities around the world, including in the United States."

The deaths of Armenians in eastern Anatolia in 1915 occurred after some Armenian nationalists sided with invading Russians and revolted against Ottoman forces. A subsequent relocation of Armenians resulted in numerous casualties. Turkey describes the events of 1915 as a tragedy for both sides. Ankara has repeatedly proposed the creation of a joint commission of historians from Turkey and Armenia, along with international experts, to tackle the issue.

Successive U.S. presidents have refrained from calling the deaths of Armenians "genocide," but former President Barack Obama adopted the Armenian phrase "Meds Yeghern," or "Great Crime," to describe the tragedy, a practice repeated by Trump.

"We welcome the efforts of Armenians and Turks to acknowledge and reckon with their painful history," Trump said. "And we stand with the Armenian people in recalling the lives lost during the Meds Yeghern and reaffirm our commitment to a more peaceful world."