Turkey to remain on Sudan’s Suakin Island for civilian purposes 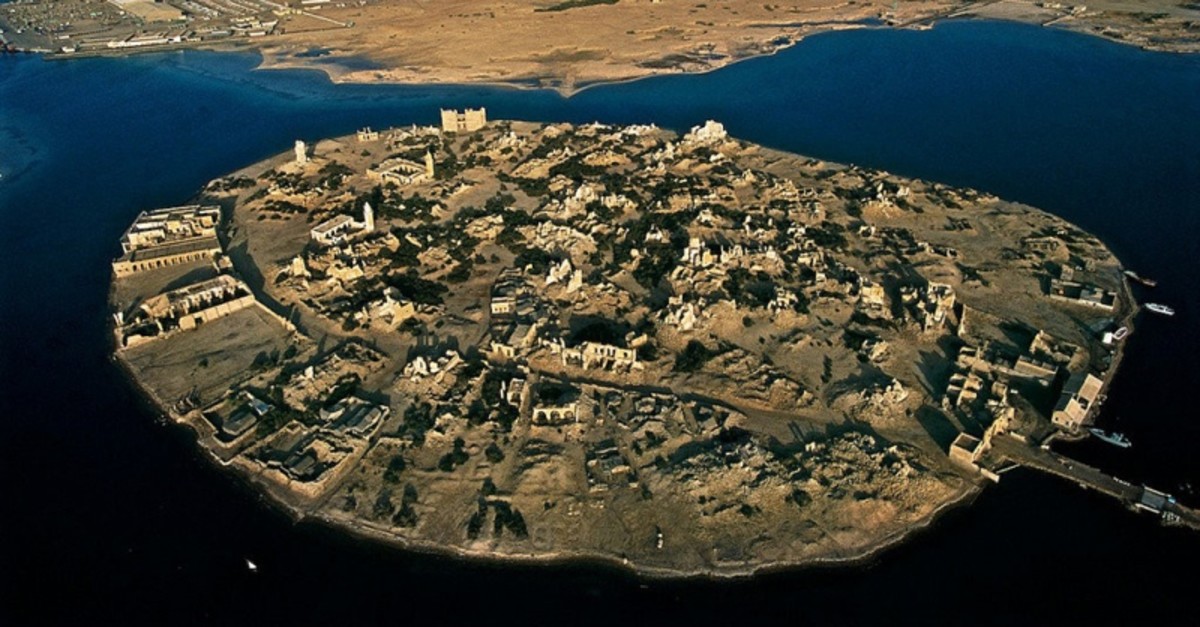 Reports alleging that the deal between Turkey and Sudan for the reconstruction and restoration of the historic Suakin Island on the Red Sea coast could be canceled do not reflect the truth, Turkish Foreign Ministry Spokesperson Hami Aksoy said Friday.

In a written statement released by the ministry, Aksoy said that the deal between Ankara and Khartoum is related to the Turkish International Cooperation and Development Agency's (TIKA) efforts to renovate historic buildings dating back to the Ottoman Empire.

The deal was reached during President Recep Tayyip Erdoğan's visit to Sudan in December 2017 after he visited the island in northeastern Sudan with then-President Omar al-Bashir and expressed his sadness over much of the historical island lying in ruins. A cooperation and investment agreement between Turkey and Sudan was signed following the visit.

Erdoğan's Sudan visit was the first by a Turkish president to the east African country and part of a larger political and economic drive to increase Turkey's ties with the continent.

Aiming to turn the island into a major tourism center especially for Hajj-bound pilgrims, TIKA launched the restoration work in January 2018. Meanwhile in March, Sudan and Qatar signed a $4-billion agreement to develop the port located in the city.

At the time, Turkey's deal caused concern on the international scene, particularly in Saudi Arabia, Egypt and the UAE, over allegations that Turkey was seeking to expand its military foothold in Africa, in the Gulf and the Red Sea.

Riyadh, Cairo and Abu Dhabi are at odds with Ankara over their joint blockade against Qatar, their policy in favor of the U.S.-backed PKK offshoot the People's Protection Units (YPG) in Syria, their hawkish policy against Iran and their support for strongman Khalifa Hifter against Libya's U.N.-backed internationally recognized government. Turkey was fast to condemn the military coup bringing Egypt's general-turned-president Abdel-Fattah el-Sissi to power in 2013. Ties with Saudi Arabia were further strained especially after journalist Jamal Khashoggi was murdered by a Saudi assassination squad at the kingdom's consulate in Istanbul in October 2018. Turkey is also openly critical of the UAE's role in conflicts in Yemen and Somalia, and the two countries have been involved in several diplomatic spats.

Numerous reports claimed that Turkey will build a military base and naval facilities in Suakin, which will be the third spot in the region with Turkish military presence after Qatar, where some 120 Turkish soldiers are stationed, and Somalia's Mogadishu, which houses a significant Turkish base of 200 soldiers training Somalian government forces. Turkish officials have repeatedly rejected that Ankara is planning military deployment in Suakin.

Aksoy's comments came after Gen. Abdel-Fattah Burhan, the head of the military council that was formed after longtime president al-Bashir was ousted on April 11, tweeted Tuesday — on Turkey's National Sovereignty and Children's Day marking the founding of Parliament — that Suakin is an "inseparable part of Sudan."

"Its value cannot be measured with a material price, its history cannot be sold. We emphasize that we care about the sovereignty of our territories. We will not accept the presence of a foreign military existence in Sudan," Burhan added.

The general's tweet came after a series of articles by Arabic news outlets and pundits claimed that the new administration in Sudan, believed by many to be backed by Saudi Arabia, Egypt and the UAE, is scrapping the deal with Turkey and getting prepared to set May as the deadline for Turkish presence on the island.

Suakin, one of the oldest seaports in Africa with a natural harbor, was used by African Muslims who set out for pilgrimage to the holy city of Mecca in Saudi Arabia.

The Ottomans used the port city — which was under Ottoman rule between 1555 and 1865 after they conquered Egypt — to secure the historic Hejaz province in present-day western Saudi Arabia from attackers including pirates and the Portuguese in the Red Sea.

Until the 19th century, Suakin was the residential address of the Ottoman Empire's Habesh Eyalet, which is today's Eritrea, Djibouti and northern Somalia.

The administration of the city was left to the Khedivate of Egypt in 1865. With the British occupation of Egypt in 1882, the city effectively left Turkish sovereignty and was officially ceded to Egypt under British sovereignty in accordance with Article 17 of the Treaty of Lausanne dated July 24, 1923.

Suakin was the most significant port city in the Nubia region until the establishment of Port Sudan by the British in the late 19th century. After that, the historic city, which became a part of Sudan after it gained independence from the British-Egyptian government in 1956, diminished in importance.