Erdoğan to visit Iraq by end of this year, FM Çavuşoğlu says 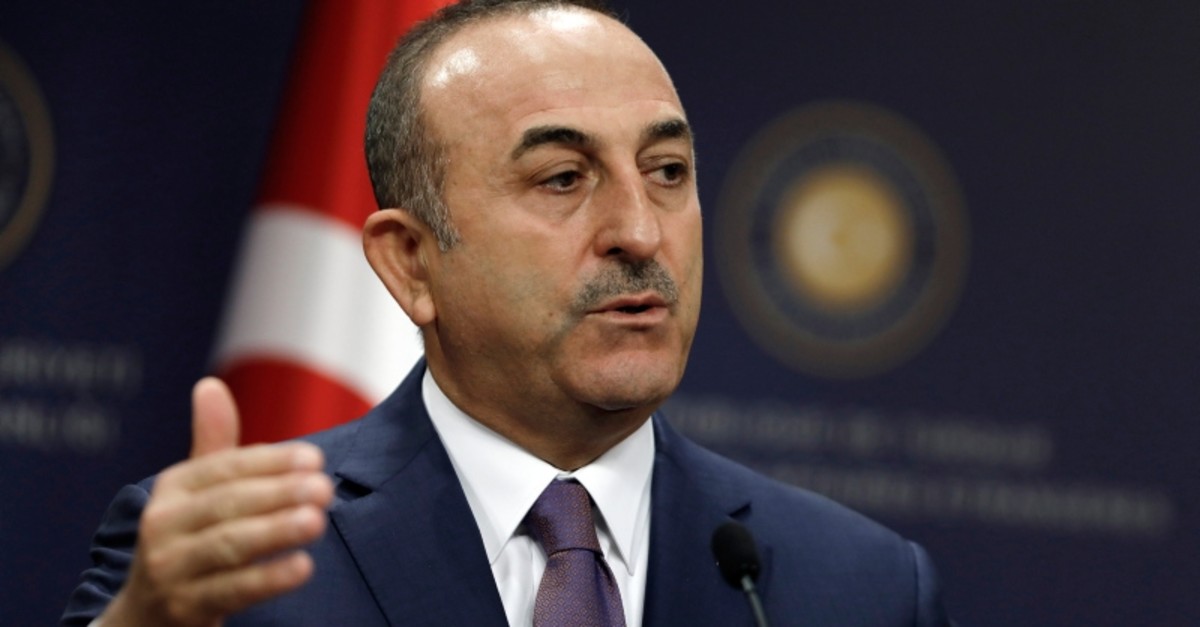 "President Erdoğan will visit Iraq to hold the 4th High-Level Strategic Cooperation Council meeting toward the end of this year," the minister said at a joint news conference with his Iraqi counterpart Mohamed Ali al-Hakim in the Iraqi capital Baghdad.

"We'll use the $5 billion pledged for the reconstruction of Iraq in strategic infrastructure projects in areas destroyed by Daesh," the foreign minister tweeted.

He said Turkey had closed its Mosul and Basra consulates due to threats posed by the Daesh terror group, but now necessary permissions had been given to reopen the consulates.

Additionally, Turkey wants to open consulates in Iraq's southern city of Najaf and in the northwestern city of Kirkuk.

Praising Iraq's fight against Daesh, he said cooperation between neighboring countries on this issue is important. Turkey is ready to fight against not only Daesh but also the PKK terrorist organization and others, he added.

Iraqi Foreign Minister al-Hakim also said the two ministers discussed Iraq's reconstruction and the return of the refugees. Al-Hakim highlighted that Iraq would like to see Turkish firms take part in the reconstruction of Iraq. "We will provide easier ways for Turkish products to enter the Gulf market," he said and noted that the two ministers discussed the re-opening of border gates.

Foreign Minister Çavuşoğlu underlined that the two countries should work together on water management to prevent a water crisis in the region.

The equitable share of water in the Tigris has been a protracted issue between Turkey and Iraq, and Turkey has come to stress that it does not want water management to become a problem between the two neighbors. Therefore, Turkey stopped water retention in its major Ilısu Dam and released water for Iraqi citizens who suffered from drought last year since Iraq asked for a larger share of the river's flow amid shortages, particularly in the southern province of Basra.

Yet, the plan was rejected by Syria and Iraq, which took a different approach to the basin area between the three countries. While Turkey considered the Euphrates-Tigris basin as a whole system, the two others wanted to categorize it as two separate basins during the negotiations after the establishment of the Joint Technical Committee (JTC) in 1983.

After several bilateral and trilateral meetings and provisional agreements, Turkey inked a memorandum of understanding with Iraq and Syria in 2009. The agreement stipulated the monitoring of water resources, joint projects and protocols and fighting climate change while continuing the flow of water 500 cubic meters per second to both Syria and Iraq.

In a tweet after the meeting, he said trade volume between Turkey and Iraq "will reach the $20-billion target" and the two countries will "fight together to eradicate the PKK from Iraq."

The bilateral trade volume between Turkey and Iraq totaled $9.7 billion in 2018. While Turkey's exports to the country were $8.3 billion, imports from its southern neighbor came to $1.4 billion.

Çavuşoğlu also met with Turkmen deputies in a closed-door meeting at a Baghdad hotel.