Turkey will not surrender to economic terrorism, Erdoğan says 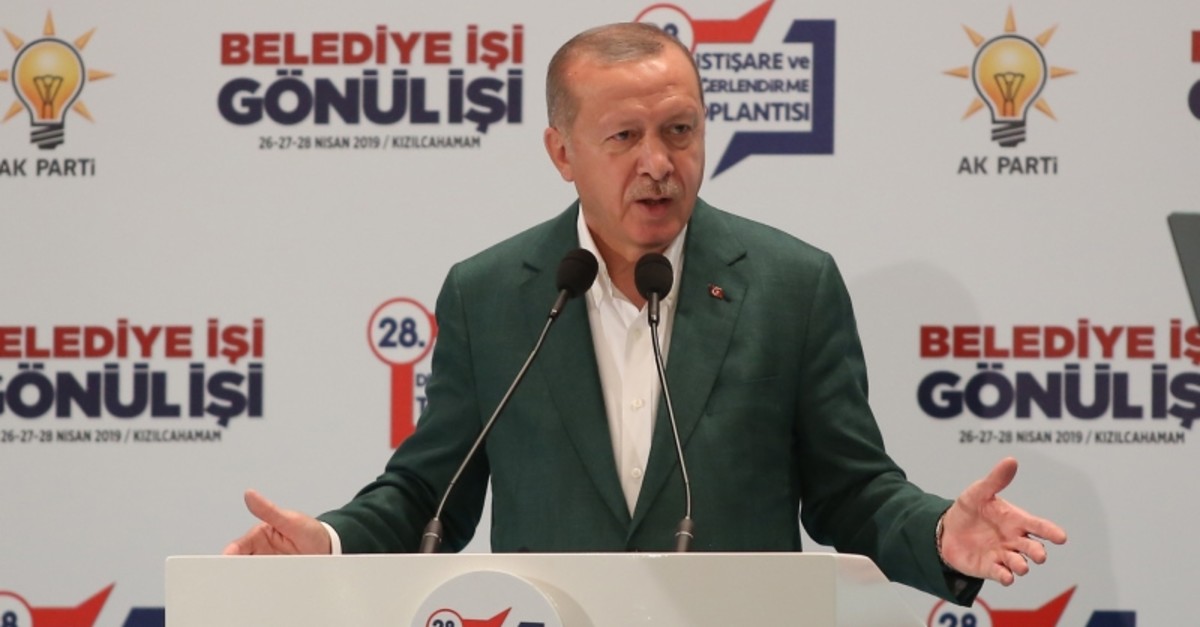 Turkey will not surrender to economic terrorism just as it does not bow down to armed and political terrorism, President Recep Tayyip Erdoğan said Sunday.

"Economy and security will take priority in the upcoming period. Our economy has been a target in the past six years. The July 15 coup was also a move to sabotage our economy," Erdoğan said during the closing speech of the ruling Justice and Development Party's (AK Party) 28th Assessment and Consultation Camp in the Kızılcahamam district of Ankara.

Erdoğan said AK Party was ready to make necessary structural reforms in the next four years without elections.

"We believe these dark clouds will dissipate as we take necessary steps to relieve our citizens," Erdoğan added.

"We are not against investors but those who are plotting against our people will face us," he said.

The president also said economic rebalancing continued in the first quarter of 2019 and that all indicators showed a positive momentum in the economy, highlighting that other nations' or foreign credit rating agencies' thoughts on Turkey's situation was not important.

"What matters is what we want, what we do, and what our plan is as a nation."

Erdoğan reiterated his criticism for the CHP and its chairman, Kemal Kılıçdaroğlu, for their cooperation with the Peoples' Democratic Party (HDP) in the elections, saying that the attack targeting Kılıçdaroğlu during a fallen soldier's funeral on Sunday in the Çubuk district of Ankara was a result of this cooperation. He also accused the CHP leader of showing up in such funerals for political abuse.

During the weekend, the AK Party discussed election results, the objection process and why in some of the metropolitan cities the party's votes decreased.