Talks between Turkey, US on Syria 'positive, constructive', US embassy spox says 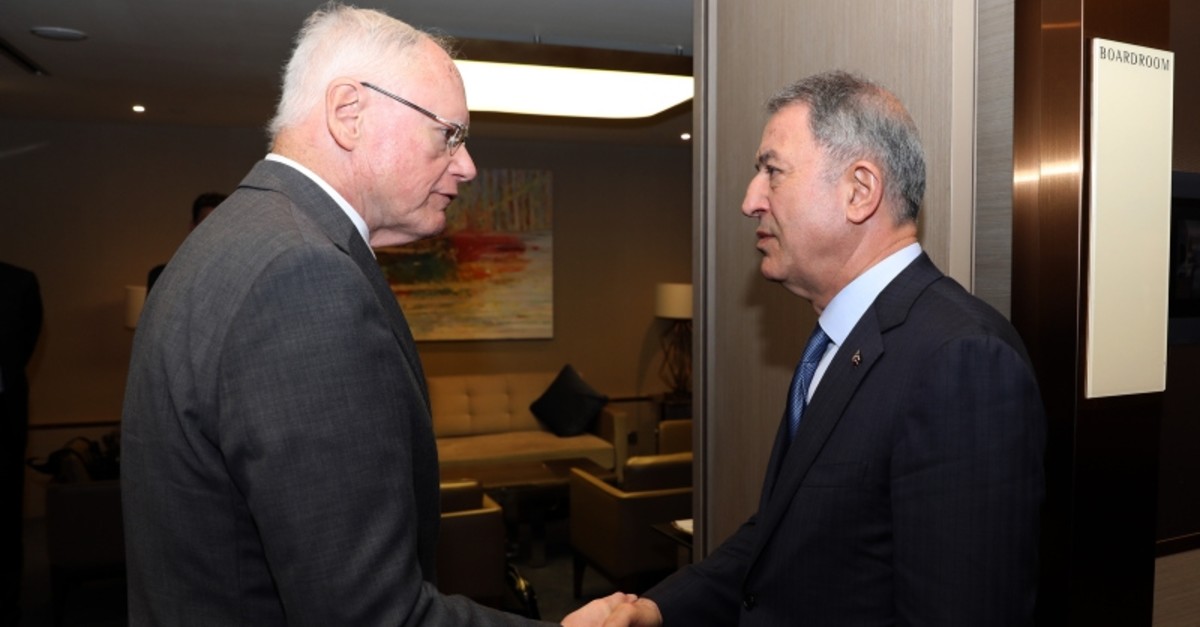 Talks between Turkey and the United States on Syria were "positive and constructive," a spokesperson for the U.S. embassy in Ankara said Thursday.

"The discussions focused on how we could advance issues of mutual concern in Syria, to include addressing Turkey's legitimate security concerns, promoting stability and security in northern Syria as the U.S. military draws down its presence and the implementation of UNSCR 2254 on the resolution of the Syrian conflict," she said.

UNSC Resolution 2254, unanimously adopted in 2015, calls for a ceasefire and political settlement in Syria.

Stokes said the defeat of the Daesh terror group was another issue discussed by the U.S. and Turkey.

"We continue to make progress in addressing our mutual concerns in Syria, and we look forward to continuing these discussions in the near future," she added.