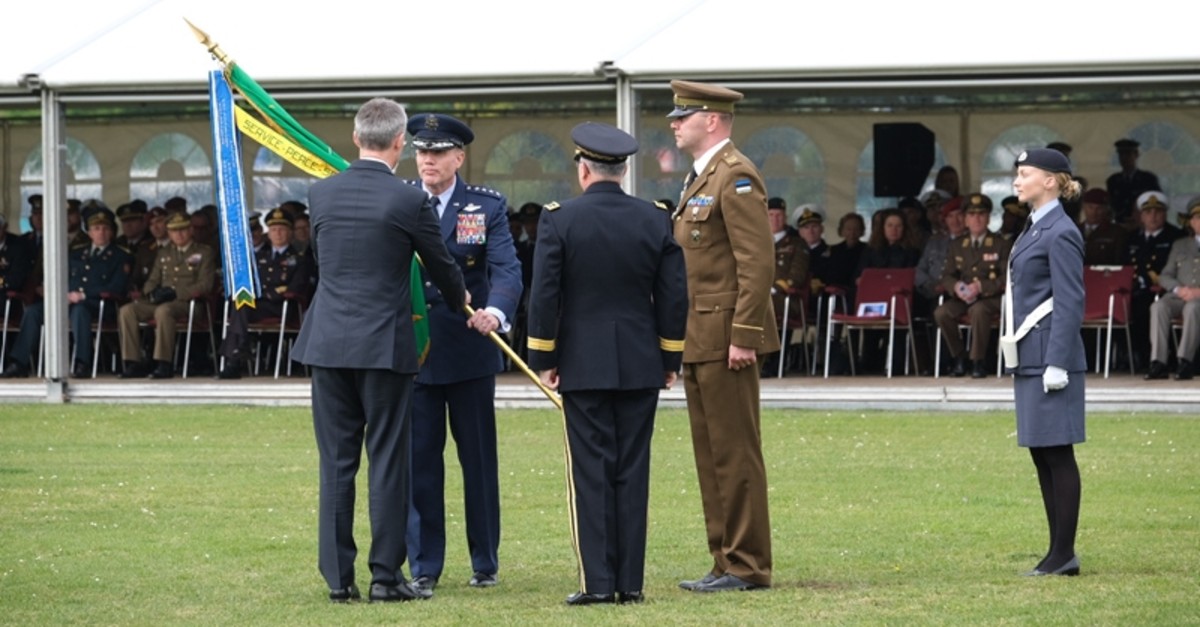 Turkey lashed out at the decision by NATO to invite the Greek Cypriot Administration to the change of command ceremony of the Supreme Allied Commander Europe (SACEUR) despite not being a member of the organization.

Gen. Curtis M. Scaparrotti handed over the charge of the SACEUR to Gen. Tod D. Wolters at the ceremony held at the Supreme Headquarters Allied Powers Europe (SHAPE) in Mons, Belgium.

On Thursday, Turkey informed NATO it will not attend the ceremony if an invitation to the Greek Cyprus administration, which is not a NATO member, is not withdrawn, a diplomatic source told Anadolu Agency speaking on condition of anonymity due to restrictions on speaking to the media.

A written statement issued by Foreign Ministry Spokesperson Hami Aksoy on Friday also condemned the decision, saying the invitation of Greek Cyprus to the ceremony is "a grave negligence that cannot be explained in good faith."

He added that the decision to invite Greek Cyprus was carried out by SHAPE's own initiative.

Cyprus has been divided since 1974 when Turkey used its guarantor rights to intervene in the island after a far-right military coup sponsored by the military junta then in power in Athens sought to unite the island with Greece, preceding decades of violence targeting Turkish Cypriots.

The Turkish Republic of Northern Cyprus (TRNC), established in 1983, is only recognized by Turkey and faces a longstanding embargo in commerce, transportation and culture. Meanwhile, the Greek Cypriot Administration enjoys recognition by the international community as the Republic of Cyprus established in 1960, which is a member of the EU.