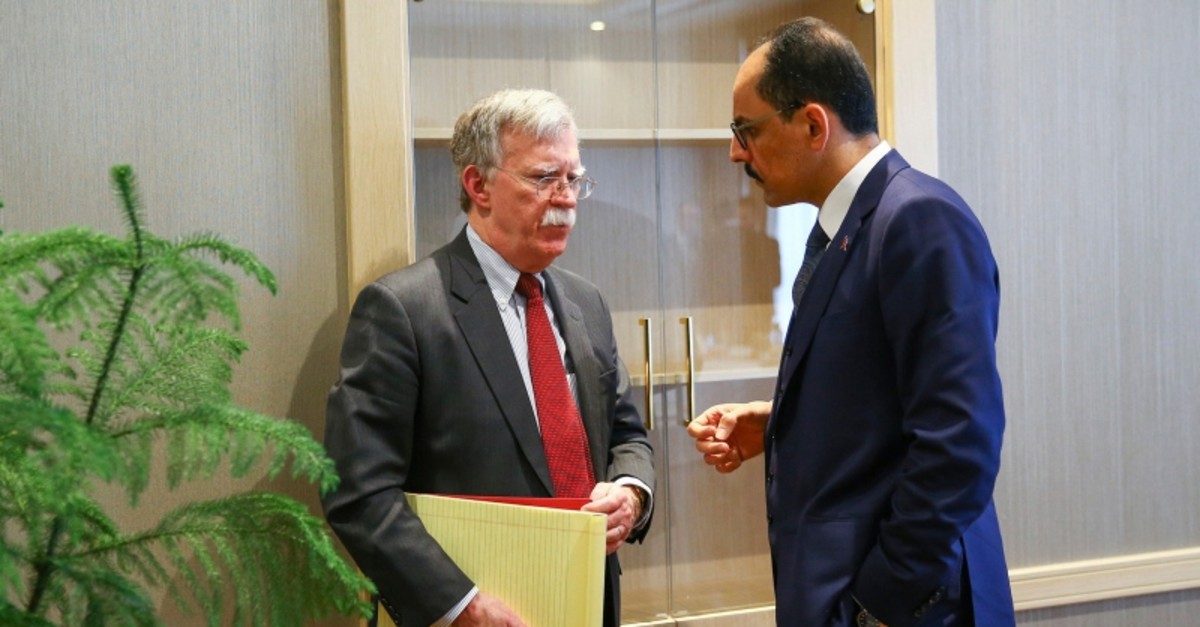 Kalın and Bolton also discussed steps to be taken to increase the tarde volume between both countries and exchanged views for alternative dates for U.S. President Donald Trump's visit to Turkey.

In December last year, Trump announced that Washington would pull its troops out of Syria, saying that Daesh was defeated. The withdrawal decision was quickly interpreted as a sign of the end of U.S. support for the PKK-affiliated People's Protection Units (YPG), which Turkey sees as a terrorist organization. Yet, in the face of mounting hints that the country will maintain its support for the terrorist organization and contradictory statements from officials on the withdrawal process, Erdoğan and Trump began discussing setting up a 32-kilometer safe zone to ease Turkey's security concerns.

Syria has been locked in a vicious civil war since early 2011, when the Bashar al-Assad regime cracked down on pro-democracy protests. Since then, hundreds of thousands of people have been killed and more than 10 million others displaced, according to U.N. officials.

Turkey's S-400 surface-to-air missile (SAM) system deal with Russia has been also been a contested issue between Ankara and Washington since it is the only NATO member that will purchase Russia's latest SAM system, although three members already have the S-300 in their inventory.

Trying to form a cooperative platform to efficiently operate its S-400, to be received in July, Turkey offered a joint technical group with NATO, but its major partner, the U.S., has not responded so far.

On every occasion, Turkey has emphasized that the S-400 is a done deal and there is no turning back, and that its version of the Russian-made system will not detect NATO platforms as hostile.

Meanwhile, Washington argued that the purchase of the Russian-made S-400 missile systems could risk the security of some U.S.-made weapons and other technology used by NATO, including the F-35 fighter jets.