US sanctions on Iran do not serve peace, AK Party spox Çelik says 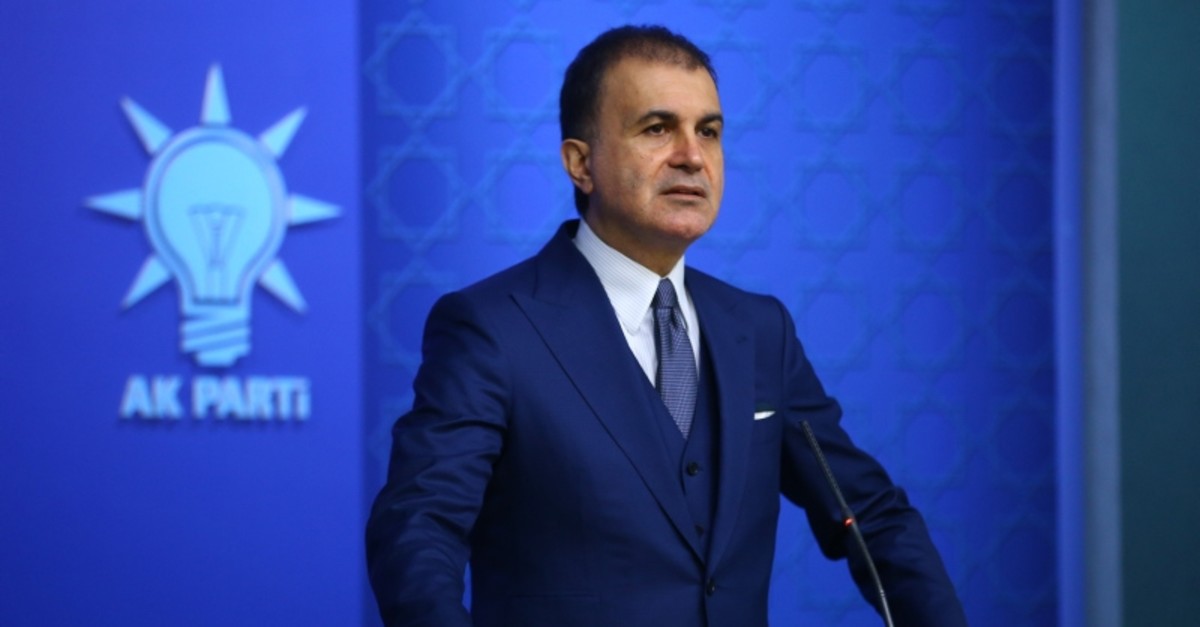 U.S. sanctions on Iranian oil exports do not serve peace in the region, the spokesman for the ruling Justice and Development (AK) Party said Friday.

"We state that such sanctions are only punishing people and that it is not possible to reach the goals written in any way," Ömer Çelik told a wide-ranging news conference at the party headquarters.

U.S. President Donald Trump's administration reimposed sanctions on Iranian oil exports in November after he pulled out of the 2015 Iran nuclear deal between Tehran, Washington and five world powers.

Washington announced last month that it would end sanctions waivers granted to countries that were still buying Iranian oil.

The moves are a part of Trump's "maximum pressure" campaign to curb sales of Iranian oil, denying what Washington said was the country's main source of revenue.

"They know best that these aggressive statements will not alter our attitude of protecting Turkey's rights and interests," he said.

Turkey supports distributing natural resources to Greek and Turkish Cypriots equally, according to Çelik. "But the Greek Cypriot administration doesn't give consent in any circumstances."

Turkey has consistently contested the Greek Cypriot administration's unilateral drilling in the Eastern Mediterranean, citing Turkish Cypriots also have rights to the resources in the area.

"He calls 1974 operation an invasion. But we call it protection of the Turkish Cypriot's life, rights and interests," said Çelik. "Turkey, today as in the past, is in full commitment to protect the interests of the Turkish Republic of Northern Cyprus (TRNC)."

Cyprus has been divided since 1974 when a Greek Cypriot coup was followed by violence against the island's Turkish residents and Ankara's intervention as a guarantor power.

Turkey's first seismic vessel, the Barbaros Hayrettin Paşa, bought from Norway in 2013, has been doing exploration in the Mediterranean since April 2017.

Çelik said it's impossible for any Western country to cope alone against terror attacks. "The spirit of solidarity and alliance will become more important and Turkey is a key country in the NATO alliance," he said.

"I emphasize once again that we want to hear more common sense, closer to cooperation than our allies," he added.

Tensions between the U.S. and Turkey have reached a fever pitch in recent months with Turkey set to begin receiving the advanced S-400 surface-to-air missile system.

Washington said the move will jeopardize Turkey's role in the F-35 fighter jet program and could trigger congressional sanctions.