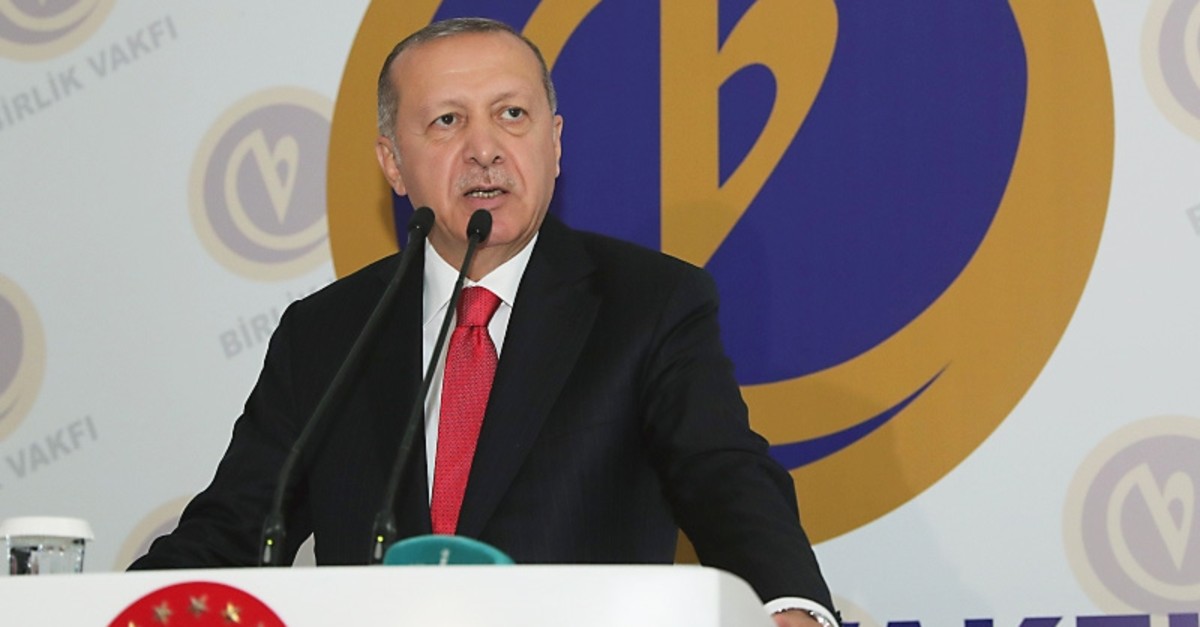 The President made the remarks in response to statements from some Western countries criticizing the Supreme Election Council's (YSK) decision to re-run Istanbul elections.

"Turkey is an independent, sovereign and democratic country that believes in the rule of law. Turkey is no one's mandate," Erdoğan said at the 39th traditional iftar meal organized by the Birlik Foundation charity in Istanbul.

On Monday, the YSK accepted the ruling Justice and Development (AK) Party's objection to the local election results in Istanbul and announced a do-over election will be held on June 23.

Erdoğan also slammed the Israeli attack on Anadolu Agency's (AA) office in the Gaza Strip, saying it is a bid to hinder broadcasting their "dirty work" to the world.

"The Israeli administration, with the courage that it has acquired from the silence of the international community, goes as far as bombing media outlets and humanitarian aid agencies, and they bombed our Anadolu Agency," he stated.

"All because they don't want their dirty work to be made public. Whoever announces [this dirty work] is an enemy for them," Erdoğan said.

Erdoğan added that despite Israel's "bullying policies," AA continues to work by pushing the limits.

Last week, Israeli fighter jets totally destroyed the seven-story building in Gaza City in which the agency's office is located.

No injuries or deaths were reported, but the building was destroyed.