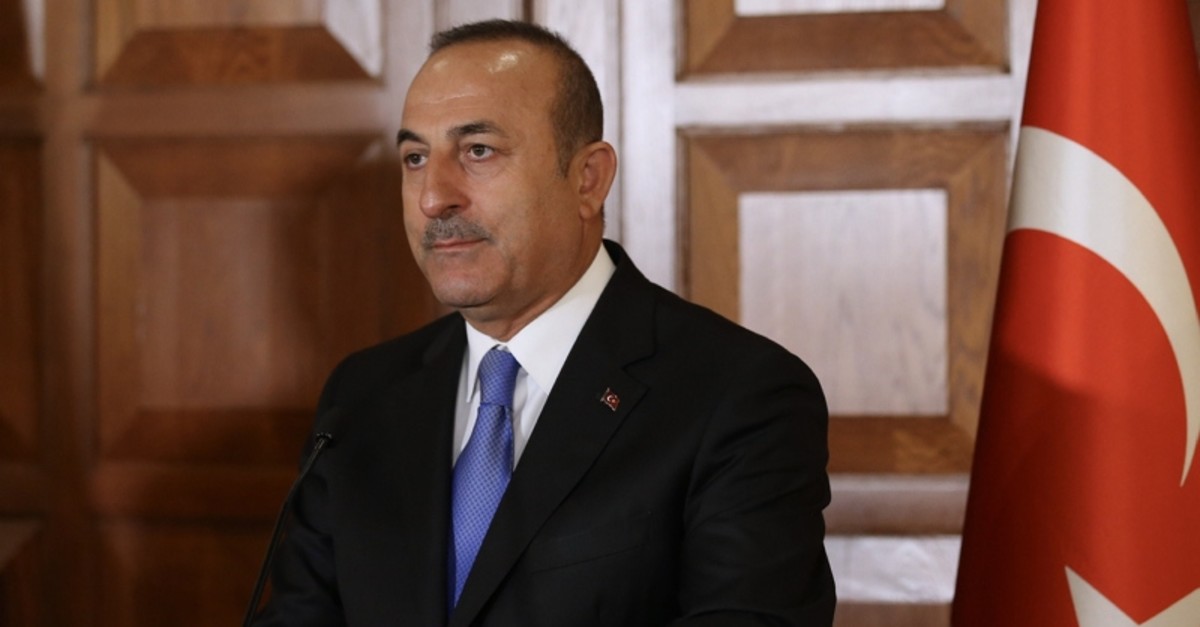 According to contents of the letter obtained by Anadolu Agency, Çavuşoğlu underlined Turkey's political and legal position and said area in question lies entirely within Turkish continental shelf notified to the U.N.

Turkish flagged drillship Fatih's offshore operations area is located 75 kilometers (46.6 miles) off the west coast of the Island of Cyprus and drilling area has nothing to do with any of the Greek Cypriots' (GC) so-called license areas or Turkish Cypriots' licensed areas granted to Turkish Petroleum (TP), the letter said.

Çavuşoğlu added that EU's press statement in support of the Greek Cypriots just for the sake of EU solidarity is not compatible with international law.

He stressed that Turkey does not recognize the unilateral and illegitimate exclusive economic zone claims of the Greek Cypriots and stated that third parties should refrain from taking sides in overlapping maritime boundary claims and they should not act as if they are a court in rendering judgment on bilateral maritime boundaries.

The Turkish foreign minister also said that there is no automatic claim that islands generate full maritime jurisdiction areas.

Çavuşoğlu stated that Turkey has made its position on drillings clear since 2004 and registered it in the United Nations.

He said the final maritime boundaries in that part of the Mediterranean can only be settled through agreements and not by infringing upon third parties' rights, to be concluded between relevant coastal states based on international law.

The other method highlighted in the letter is third party solutions, namely international courts or arbitration.

The letter emphasized that overlapping maritime jurisdiction claims of the EU members, infringing on the legitimate rights of the third countries cannot be portrayed as the external borders of the EU and stated that such stance of the EU would be a gross violation of international law.

Çavuşoğlu underlined that as far as Cyprus island and its western coast is concerned, maritime delimitation would only be possible after the political settlement on the island.

He explicitly stressed in his letter to Mogherini that pending the comprehensive settlement, Turkey calls on the EU to play a constructive role and not to take side or attempt to validate one side's claims.

In his letters, Çavuşoğlu underscored that as the country with the longest continental coastline, Turkey has legitimate rights and vital interests in the Eastern Mediterranean and Turkey has been fully exercising its sovereign rights over its continental shelf in accordance with international law.

He highlighted that Turkey stands ready today, as it has done in the past, to give its full support to ensuring a just, equitable and peaceful resolution to all pending issues, including the equitable delimitation of maritime jurisdiction areas with all relevant coastal States that Turkey recognizes and has diplomatic relations, in line with international law.

The foreign minister pointed out that Greek Cypriots' unilateral hydrocarbon-related activities, disregarding the inalienable rights of the Turkish Cypriots, as the co-owners of the Island, on natural resources of the Island, jeopardize the security and stability in the region.

Çavuşoğlu stressed that unless the Greek Cypriots involve the Turkish Cypriots into the decision-making process regarding hydro-carbon resources or cease their unilateral hydro-carbon activities, Turkish drilling and survey vessels will also continue activities in the areas where the Turkish Republic of Northern Cyprus granted licenses to TP in the south and east of the Island.

He lastly underscored that Turkey will, as it has done in past, continue to act with prudence and in good faith, yet, saying Turkey should not be expected to sit idly and condone the ongoing violation of its rights and those of the Turkish Cypriots.