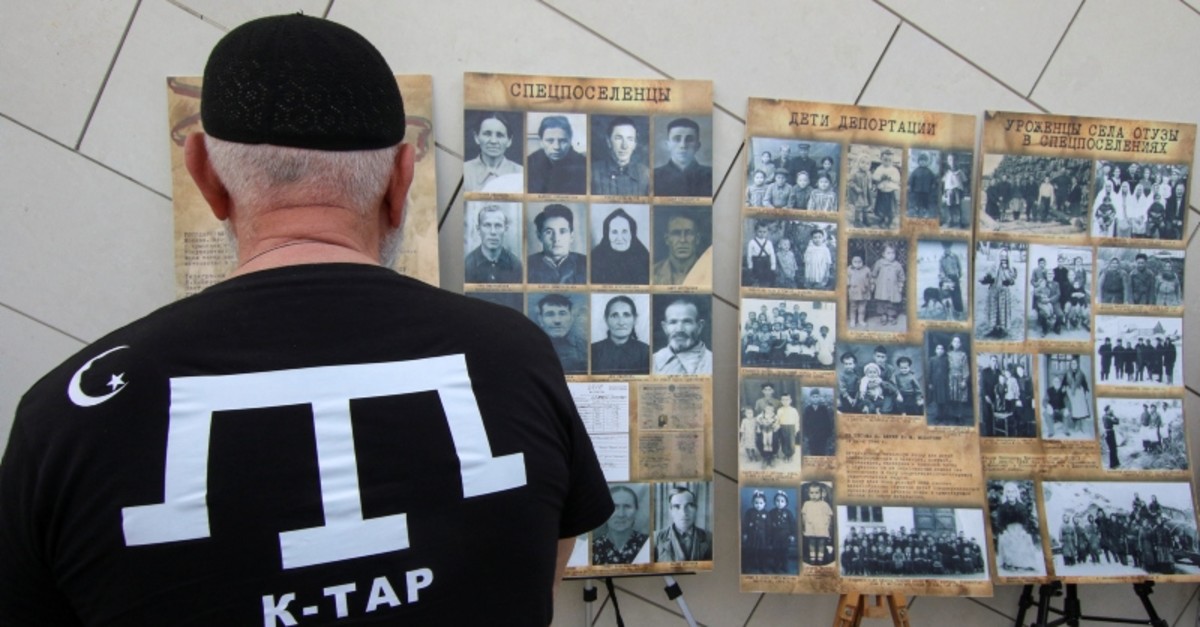 A man looks at an exhibition at a rally, commemorating Crimean Tatars mass deportations from the region in 1944, in the village of Siren, in Bakhchisaray district, Crimea, May 18, 2019. (Reuters Photo)
by Daily Sabah with Agencies May 18, 2019 5:15 pm

The deportation and ethnic cleansing of Crimean Tatars 75 years ago by the Soviet Union was remembered on Saturday by Turkish and Ukrainian officials, with commemoration events held in various locations around the world.

On May 18, 1944, hundreds of thousands of Crimean Tatars were deported to Central Asia by Joseph Stalin's Soviet regime, accusing them of collaborating with occupying Nazi forces. Crimean Tatars were deported to various regions within Soviet territories, in particular to Siberia and Uzbekistan. Almost half of those exiled, who endured long months of dire living conditions, are thought to have died of starvation and disease.

"The legislative consolidation of the inalienable right of the Crimean Tatar people as indigenous people of Ukraine to self-determination within the independent Ukrainian state should be completed," Poroshenko said during an event in Kiev to mark the deportation. He stated that the deportation of Crimean Tatars has been recognized as genocide by the Ukrainian and Latvian parliaments, saying that this is the beginning of international recognition for this crime. 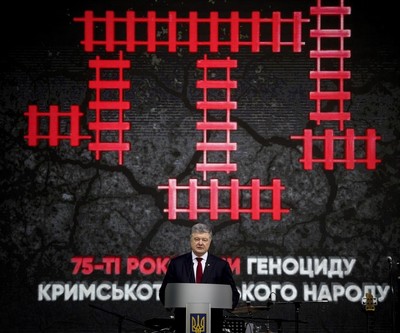 Poroshenko added that Crimean Tatars were deprived of their right to commemorate the anniversary in Crimea since Russia's invasion and subsequent annexation of the peninsula in 2014. He underlined that there are currently 86 political prisoners held by Russian authorities with more than 60 of them being Crimean Tatars. Poroshenko accused Russia of militarizing the strategic peninsula, calling on the world to increase their support for the release of political prisoners and restoration of Ukraine's sovereignty.

Zelenskiy said that the date is "a reminder that people might be annihilated, but their soul can never be obliterated." He pledged support to Crimean people and expressed hope for the Crimean Tatar homeland to be saved from occupation.

Turkey also commemorated the expulsion of Crimean Tatars. "On the night of 17-18 May 1944, approximately 250.000 Crimean Tatars were torn away from their motherland. Tens of thousands of Crimean Tatars perished under the inhumane circumstances of this exile, carried out 75 years ago. Many of them passed away in exile under harsh conditions, yearning for their homeland," Foreign Ministry Spokesperson Hami Aksoy said in a written statement.

He also marked the date of May 21, 1864, which is commemorated as the anniversary of the "Circassian Exile" tragedy and said "the pain of this tragedy is still alive, even today".

"We share the pain of our kinsmen, the Crimean Tatars, as well as the brotherly peoples of the Caucasus and respectfully honor the memory of those lost their lives during these exiles," Aksoy added.

Most of the Circassian exiles were absorbed into the Ottoman Empire, settling as far away as present-day Jordan.

Presidential Spokesperson Ibrahim Kalın said in a Twitter message that the pain of more than 400,000 Crimean Tatars deported on May 18, 1944 and tens of thousands that died in the process will not be forgotten. "Turkey, which did not recognize Crimea's annexation, will continue to stand with Crimean Tatars," he added. 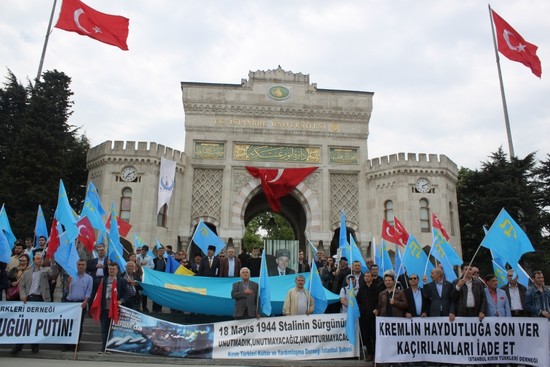 A group of Turks, Crimean Tatars and Ukrainians accompanied by Ukrainian Ambassador Andrii Sybiha gathered at the Ulus Square in capital Ankara to commemorate the deportation of Crimean Tatars. Sybiha read the message of Ukrainian Foreign Minister Pavlo Klimkin to the crowd, who later visited the nearby historic Hacı Bayram Mosque for prayers.

Sybiha said in a Twitter post that ceremonies were held in 21 cities throughout the country. Dozens gathered in front of the historic gate of Istanbul University in Beyazıt Square, singing Turkish and Crimean Tatar national anthems. 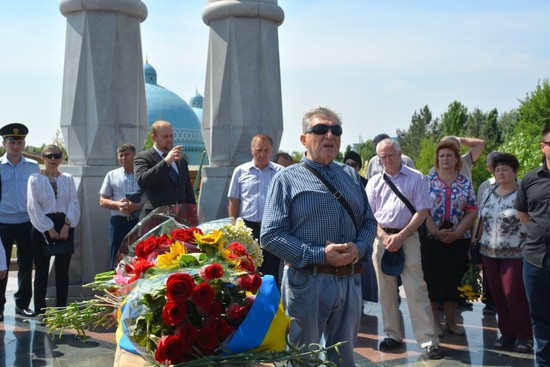 A commemoration ceremony was also held at the Square of Martyrs in Uzbek capital Tashkent and attended by Ukrainian embassy officials, descendants of Crimean Tatar exiles and Uzbeks. There are some 30,000 Crimean Tatars still living in Uzbekistan.

Smaller rallies and commemoration ceremonies were held in Simferopol and Bakhchysaray in Crimea.

Russia annexed the Crimean Peninsula from Ukraine after an independence referendum in 2014, following the ouster of Ukrainian President Viktor Yanukovych as a result of the pro-EU Euromaidan protests. The U.N. General Assembly later voted to proclaim the Russian action illegal, and along with an overwhelming majority of U.N. member states, Turkey does not recognize Crimea as Russian territory. Since the annexation, Crimean Tatars have cited unjustified detentions and human right abuses.