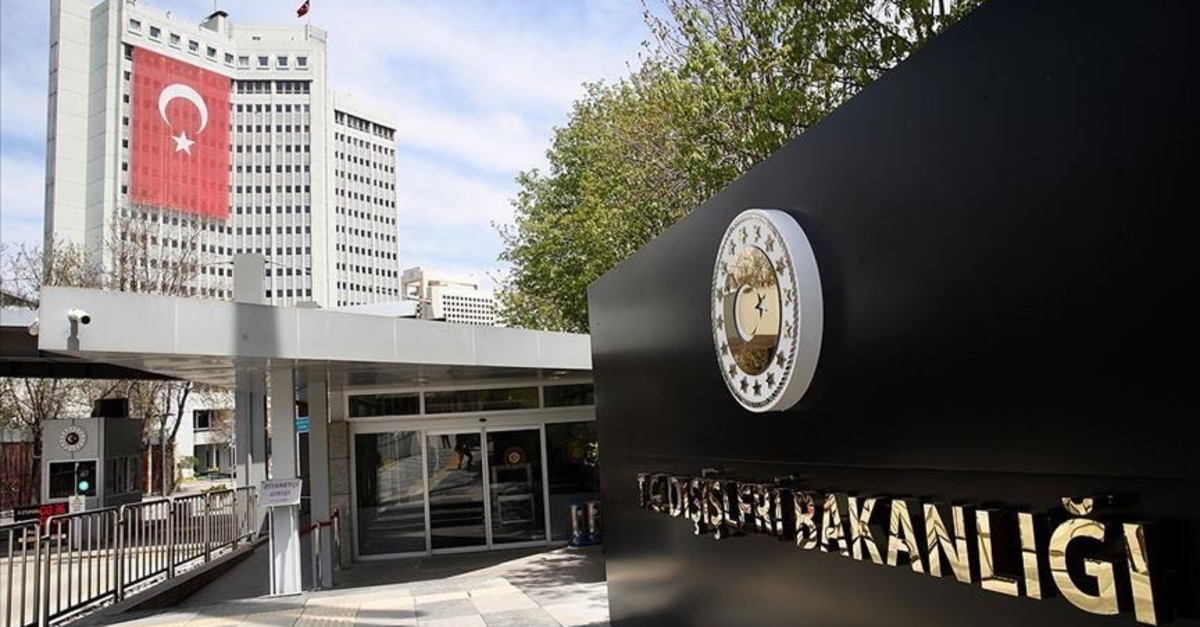 Turkey on Tuesday denounced some radical groups and politicians in Greece for coming up with "imaginary claims" and distorting historical facts on former's commemoration of May 19, the day Turks celebrate as the start of their independence war in 1919.

"The attempts of some radical groups to cast a shadow on this meaningful day with their imaginary claims targeting our history, with their activities seeking to fuel hatred against Turkey as well as the statements of some politicians in Greece that distort historical facts for their political motives cannot be accepted," Turkish Foreign Ministry said in a statement.

The ministry stressed that May 19 marked the beginning of the country's national struggle – which led to the foundation of the Republic of Turkey -- and the day was "celebrated with pride".

"We remind the claimants of these unsubstantiated allegations that the responsibility of Greece for the atrocities committed by her army," the statement said, adding Greece violated laws of war during her invasion of Anatolia.

It added that the atrocities by the Greek Army against Turks, during the occupation, reached an inconceivable magnitude and the Greece's allies established an inquiry commission and identified the crimes of its army.

The statement concluded that nomination of Turkey's founding leader Mustafa Kemal Ataturk for the Nobel Peace Prize by Eleftherios Venizelos, the then prime minister of Greece, in 1934 constituted the "clearest proof" showing that there was no such historical issue between the two countries in contrast to the claims of some "irresponsible politicians and radical Greeks".

May 19 is a milestone in Turkish history as it is the day when Mustafa Kemal, later to become Mustafa Kemal Ataturk, arrived in the city of Samsun from Istanbul to organize the war that saw the remnants of the Ottoman Empire transformed into modern Turkey four years later.

Ataturk dedicated May 19 to youth of Turkish nation as Youth and Sports Day, a national holiday that sees young people stage sporting and cultural activities and official ceremonies organized across the nation.