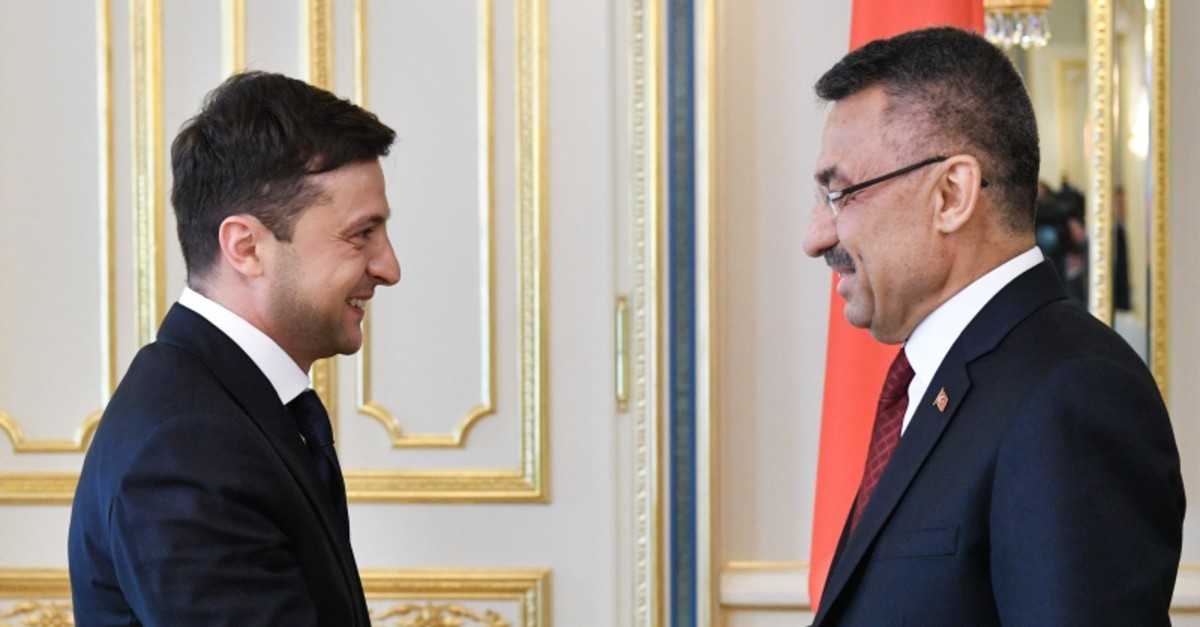 The two countries reached a consensus on signing a Turkey-Ukraine free trade agreement for achieving a trade target of $10 billion.

Oktay also expressed Turkey's concern regarding the annexation of Crimea.

Eastern Ukraine has been wracked by conflict since March 2014 after Russia's annexation of the peninsula. Pro-Russian separatists living in the Donetsk and Luhansk regions declared independence in a move not recognized by the international community, including Turkey.

The meeting came after the inauguration ceremony of Zelenskiy at the parliament building in Kiev, which was attended by heads of state, presidents of parliament and ministers from various countries.

The two exchanged views on the meeting of the Turkey-Romania Joint Economic Committee planned to be held this year, he added.

In a Twitter post, Birchall said: "Honored to meet the Vice President of #Turkey @fuatoktay06, welcoming positive developments in bilateral relations especially in the #economic field & in-depth dialog on sectoral #cooperation initiatives within our #StrategicPartnership, as well as regional & multilateral formats."

In the meeting, Oktay stressed that Turkey's support will continue.

Additionally, he met with representatives of Turkish civil society and business residing in Ukraine.

During his swearing-in, Zelenskiy announced that he was dissolving parliament.

According to the Ukrainian Constitution, parliamentary elections must be held within 60 days after this occurs.

Zelenskiy won runoff elections on April 21 by a landslide, according to exit polls.

As a candidate of the Servant of the People party, he secured 73.2% of the vote, while his rival, incumbent President Petro Poroshenko, received 25.3%.