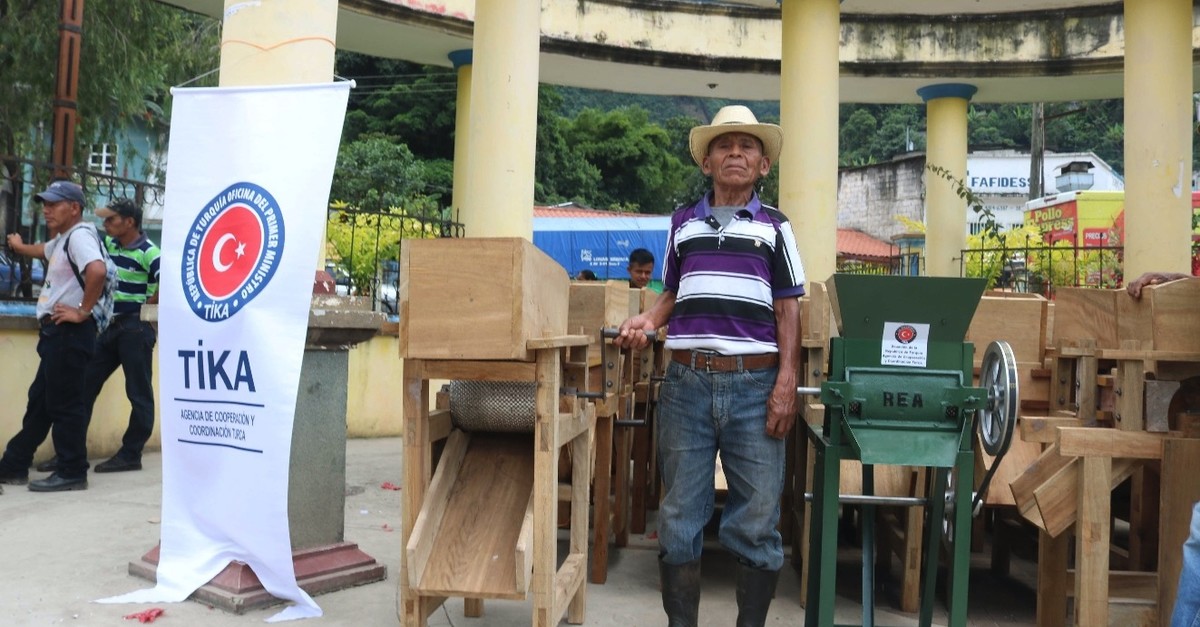 Turkey-Latin America relations are about to further develop with political, economic and social ties now expanding to a new level following Foreign Minister Mevlüt Çavuşoğlu's recent official visits to the region. Until the 1990s, Turkey's relations with the region had been friendly but stagnant, mainly due to geographical distance and differences in foreign policy priorities. Over the last 20 years, in line with its multidimensional foreign policy, Turkey has been pursuing a more active opening policy toward the region with a view to strengthening relations with Latin American countries. "Until the 1990s, Turkey's foreign policy was limited to the borders of NATO in the Western world.

Since the 2000s, Turkey has embraced a new foreign policy strategy as a result of questioning its position in the global order," said Hüsamettin İnaç, the chairman of Dumlupınar University's Department of Political Science and International Relations. Speaking to Daily Sabah, he added that this new strategy has diversified Turkey's foreign policy alternatives with a more independent stance and that Turkey's new foreign policy strategy in the direction of its national interests since the 2000s has initiated a Latin America opening.

Also speaking to Daily Sabah, Mehmet Özkan, a senior fellow at the Center for Global Policy in Washington D.C., said that Turkey has completed the opening period with Latin America and is now focusing on deepening the relations. "Deepening relations means more detailed work, specific focus and closely following developments on the continent," he added. Turkey's relations with Venezuela and its active role in the country's political crisis has attracted global attention recently. Regarding Turkey's role, Özkan said that Turkey can be a mediator not only between Venezuela and its neighbors, but also between Nicolas Maduro and the Venezuelan opposition.

"Trump-Erdoğan relations can play a constructive role on this," he added. He also said that Turkey can offer its Syrian experience with regard to the refugee crisis for the Venezuela-Colombia border.

On the other hand, İnaç described the advanced relations between Turkey and Venezuela as a common stance against U.S. efforts to intervene in other countries' domestic policies. "The U.S. has perceived the region as its hinterland for decades. In this regard, U.S.-backed regimes dominated the political history of the region," said İnaç, adding that the region now opposes U.S. interventions and that Turkey supports the region. He also warned Turkey against possible U.S. initiatives and sanctions. Considering Turkey's opposite stance against the U.S. on the issue of Venezuela, Washington can use Iran sanctions as a tool against Turkey, İnaç said. Regarding the impact of Turkey's role in the Venezuela crisis on other countries' perspectives, Özkan said: "In Latin America, people do not understand why Turkey is supporting Venezuela. Even some leftists in Latin America do not understand this. This seems to be only impediment to relations in the near future."

"Hosting the largest refugee population in the world, Turkey is ready to share its experience in migration and refugee-related issues with countries that face similar challenges, especially in Latin America," Foreign Minister Çavuşoğlu said Tuesday. "Even though there is no world war, still there are almost 70 million displaced people," Çavuşoğlu said at the Turkey-Central American Integration System's (SICA) 3rd Political Forum of Foreign Ministers. "This is one of the major challenges in our world today," he said. Çavuşoğlu said Turkey's partners in SICA have been dealing with a refugee crisis as countries of destination or transit countries. He offered to share Ankara's expertise in hosting more than 4 million refugees. Turkey has received a constant flow of displaced Syrians fleeing the conflict and their numbers have expanded from mere thousands to millions. Currently, Turkey hosts the largest number of refugees with over 3.5 million Syrian refugees and many more refugees from Iraq, Afghanistan, Iran and Somalia.

Ten cities host some 2.8 million refugees, while others are scattered around the country; nearly 1.6 million of the Syrian refugee population are children in Turkey, and nearly 300,000 Syrians have been born in Turkey since 2011. To meet the needs of refugees, the country has spent more than $32 billion from its own national resources. As there is no end in sight for the war, pushing refugees to ponder a longer stay than they planned, Turkey has been exerting efforts for the socio-economic integration of refugees within the country. "At the regional level, we try our best to address the existing crisis. In Syria, for example, we use effective diplomacy in Astana and Geneva to end this long war that has caused tremendous suffering," the minister noted.

The first meeting of the Astana process was held in Turkey in January 2017 to bring all warring parties in the Syrian conflict to the table to facilitate U.N.-sponsored peace talks in Geneva. The Astana talks support the establishment of the U.N.-backed constitutional committee in Syria as a way to find a political solution. "We also launched operations to clear a 4,000-square-kilometer area of Daesh and the PKK's Syrian affiliate, the People's Protection Units [YPG]. Hundreds of thousands of Syrians were able to return to their country as a result," he added.

Turkey carried out two cross-border operations in northern Syria, Operation Euphrates Shield launched in August 2016 and Operation Olive Branch in January 2018, to drive terrorist groups, including the YPG and Daesh, away from its borders. While the country liberated northwestern Syrian territories from Daesh terrorists, it also prevented the YPG from establishing a de-facto autonomous region in Syria by connecting the northwestern Afrin district to the so-called Kobani and Jazeera cantons in the northeast, which Ankara describes as a "terror corridor" posing a grave security threat to its national security.

In a news conference with his Guatemalan counterpart, Sandra Jovel and SICA Secretary-General Vinicio Cerezo, Çavuşoğlu said Turkey is determined to continue strengthening relations with SICA and supporting its activities. He said the Turkish Cooperation and Coordination Agency (TİKA) will increase projects in the region and Ankara wants to sign a free trade agreement with SICA or have bilateral deals with individual members.

Jovel said Turkey is a regional power and its participation in SICA as an observer in 2015 was a major step. She stressed the importance of SICA members continuing cooperation with Turkey in health, education, geothermal energy and the renewable energy industries. Cerezo said Turkey and SICA have common features and Ankara is a bridge between Europe, Asia, east and west, while the bloc is a bridge between the Atlantic and Pacific oceans and North and South America.

The region also has strategic importance for Turkey in terms of economic relations and trade. To supply the need for oil and energy resources, the region has increasingly become an area of opportunities for Turkey, İnaç said.

Turkish Airlines (THY), expanded its flight network to Bogota, Caracas, Havana and Panama in 2016 in addition to Buenos Aires and Sao Paulo. THY flights have had significant contributions to the relations between Turkey and the region in many fields such as economy, trade, tourism and culture.

THY is also planning to begin flights to Mexico City in August.

Turkey also provides humanitarian, development and technical assistance to Latin American countries. Turkey aims to enhance its visibility by providing solidarity with regional countries through development cooperation and humanitarian aid carried out by the Turkish Cooperation and Coordination Agency (TİKA).

TİKA opened its first regional program coordination office in Mexico City in 2015 and in Bogota in 2016.

In addition to TİKA projects, Turkey has contributed to the peace, stability and prosperity of the region as we saw in the case of the peace process between the Colombian government and the Revolutionary Armed Forces of Colombia (FARC).

Another important topic is Turkey's soft power initiatives in the region. "Turkey's best unofficial soft power experience is ongoing in Latin America through TV series," Özkan said and added that Turkish telenovelas have left an imprint on the region that is likely to take shape at least for the next 10 years in terms of soft power. İnaç also praised Turkey's soft power initiatives in the region and said that their impacts are very clear and positive. Both experts concluded that Turkey should not take a step back from its Latin America initiative and should focus on how to expand this with multiple other institutions.