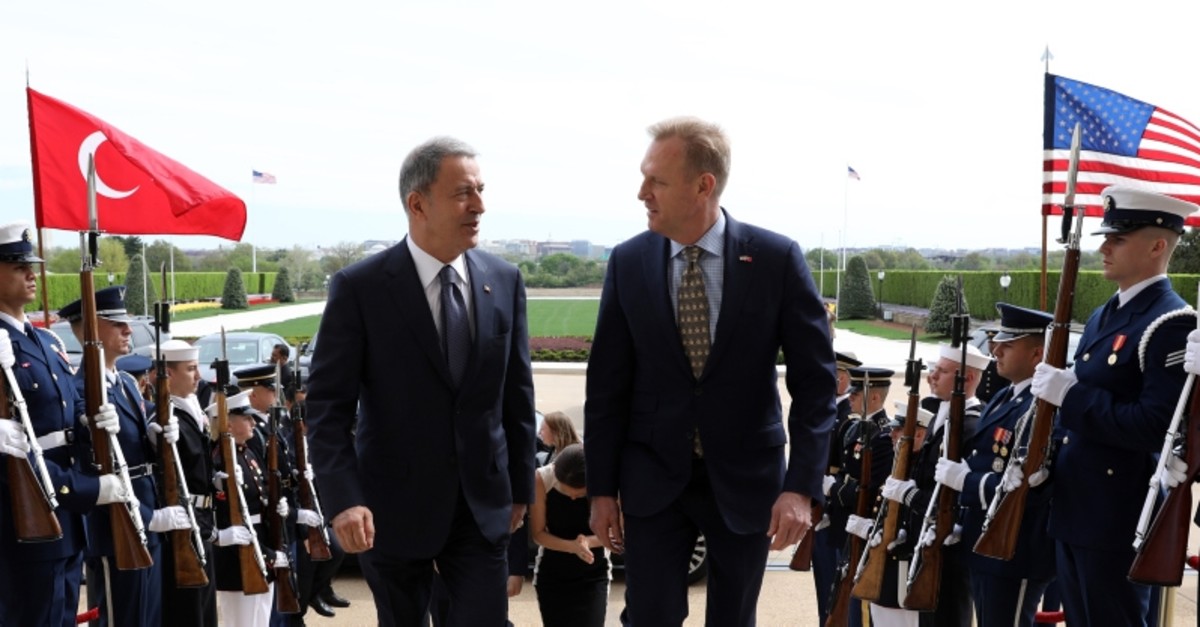 Akar discussed the matters in a phone call with Shanahan, the acting U.S. defense secretary, the Turkish Defense Ministry said in a statement.

The statement did not elaborate on the content of the conversation.

A key issue on the two countries' bilateral agenda is the fight against terror groups in Syria, where the U.S. has backed the PKK terror group's Syrian branch People's Protection Units (YPG), supposedly in its bid to oust Daesh from the region. Ankara has long voiced its objections to this dubious partnership, arguing that arming one terror group to fight another will not achieve the desired outcome.

Hulusi indicated earlier this month that the U.S. has moved closer to Turkey's position in Syria and showing some flexibility in its approach to a planned safe zone to be established in northern parts of the country along the border with Turkey.

Turkey, having already cleared Daesh and YPG terrorist groups from border regions in Euphrates Shield and Olive Branch operations in northern Syria, aims to establish a 30-40 km deep buffer zone in the area stretching from the Euphrates River to the Iraqi border after the planned U.S. pull out from the region.

Ankara and Washington are also in ongoing discussions about Turkey's purchase of the Russian S-400 missile defense system, with the U.S. threatening to halt manufacturing support for the F-35.