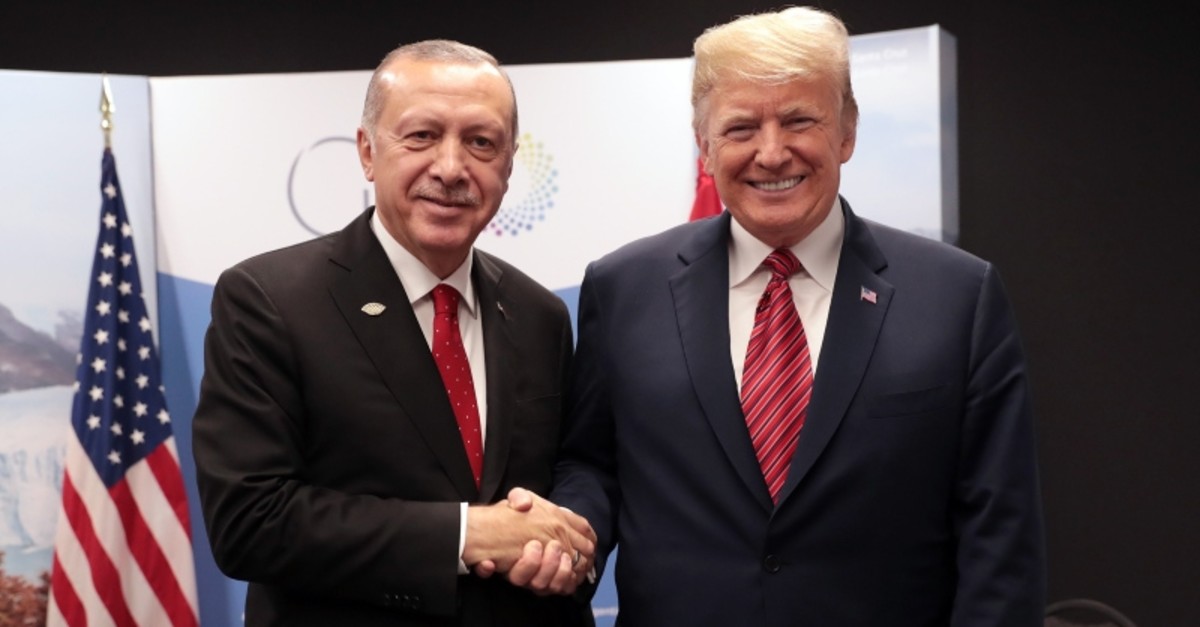 President Recep Tayyip Erdoğan and his U.S. counterpart Donald Trump discussed bilateral and regional issues in a phone call Wednesday, and agreed to meet on the sidelines of the G20 meeting in Japan this June.

Additionally, President Erdoğan welcomed the U.S. decision to eliminate additional tariffs on Turkish steel and stressed that it will help both nations to reach their $75 billion trade goal.

Tensions between Washington and Ankara have reached a peak in recent months with Turkey set to begin receiving the advanced S-400 Russian surface-to-air missile system, which the U.S. said will jeopardize Turkey's role in the U.S. F-35 fighter jet program and could trigger congressional sanctions.

The U.S. is still trying to dissuade Turkey from purchasing the Russian-made missiles, but Ankara has on a number of occasions voiced its determination to go through with the deal.

In due consideration of regional and global developments that pose grave risks to its national security, Turkey decided to meet its need for an air defense system from Russia and inked a $2.5-billion deal with Moscow in December 2017, after the U.S. repetitively rejected selling Patriot missiles to Turkey.

U.S. officials advised Turkey to buy the U.S. Patriot missile system rather than the S-400s from Moscow, arguing the Russian system would be incompatible with NATO systems and expose the F-35 to possible Russian subterfuge.

In the face of U.S. claims, Turkey proposed setting up a working group to address the technical concerns on the S-400 system, but the U.S. has not yet responded to Turkey's offer.