US denies Russia's accusation of military buildup in Greece 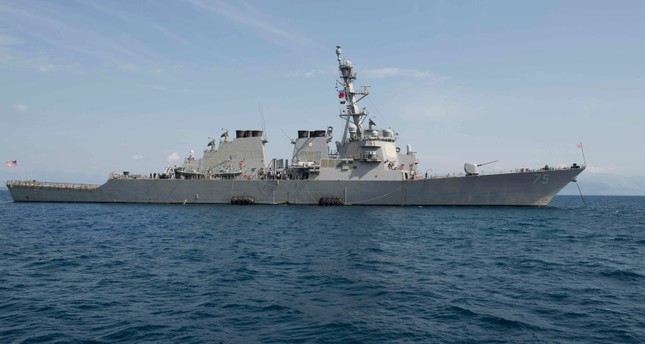 U.S. port operations in Greece are a part of regular conduct with NATO allies and are not designed to manage a military "buildup," as Russia falsely claims, the Pentagon said Wednesday.

"We regularly conduct these kinds of operations with partner nations and NATO Allies to enhance interoperability and strengthen relationships and the Greek port is a key route of entry to the Balkan and southern European countries where the nine exercises will be held," agency spokesperson Eric Pahon said in a statement.

"Russian propaganda claims that the U.S. is conducting a 'buildup' in Greece are completely false and are designed to drive a wedge between the U.S., Turkey and Greece," he said.

The chairman of the Joint Chiefs of Staff Joseph Dunford said last September the U.S. was looking to boost its military presence in Greece by increasing the number of bases and ports.

Turkey previously accused Greece of abusing relationships, including NATO, to draw in international powers into disputes about the rights of the Aegean Sea between the two countries.

A Turkish defense delegation went to Athens last week for a technical meeting with Greek officials meant to enhance cooperation in confidence-building measures and the code of conduct in the Aegean Sea.

Turkey has consistently contested the Greek Cypriot administration's unilateral drilling in the Eastern Mediterranean, saying Turkish Cypriots also have rights to the resources in the area and Ankara has a right to hydrocarbon drilling activities in the region.

The Pentagon said the Russians were trying to impose a campaign to divide NATO allies and it will remain on alert to seek any other attempts.

"We are clear-eyed and aware the Russians seek to use lies and disinformation to fracture relationships between Allies, and we will remain vigilant in pointing out these falsehoods as they occur," Pahon said.

Share on Facebook Share on Twitter
Previous in Diplomacy President Recep Tayyip Erdoğan and his U.S. counterpart Donald Trump... Next in Diplomacy Any peace deal which does not envisage the creation of an independent...
DAILY SABAH RECOMMENDS