The people of Sudan matter for Turkey, not governments 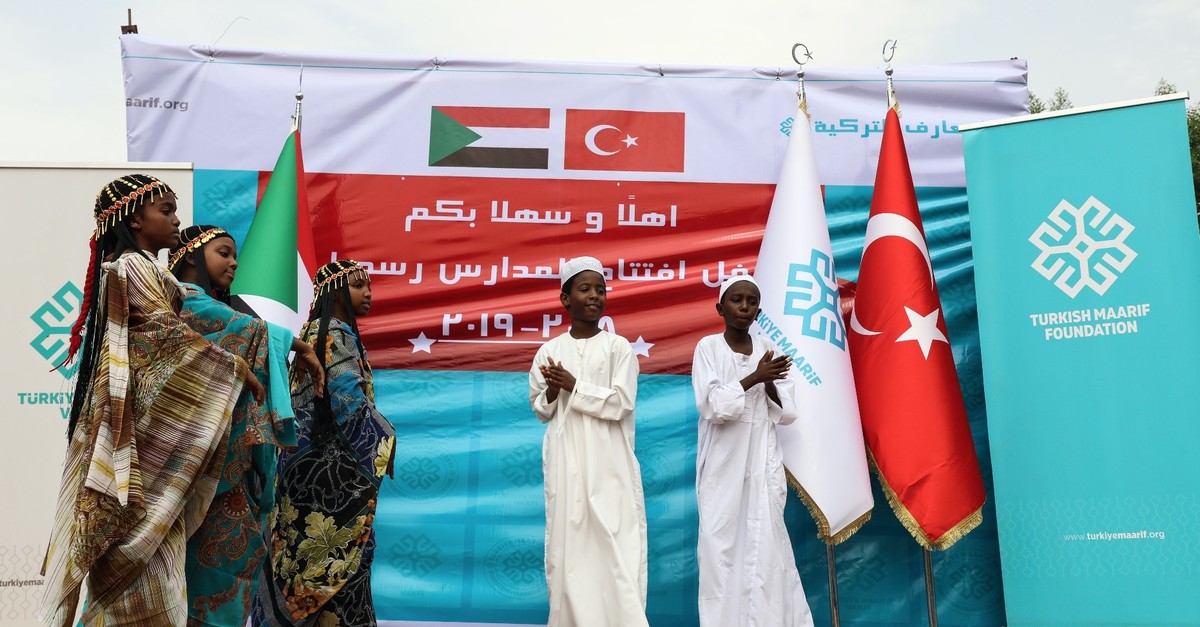 Regardless of any changes related to governance, Turkey-Sudan relations are expected to continue as they have for hundreds of years and remain strong, close and friendly

It's been only a month since Sudan, a northeastern African state, witnessed a popular movement that shook the country. The protests that had been ongoing since December 2018 escalated quickly and eventually took down a government that had been ruling for decades, leaving in its place transitionary military rule. Although an era came to an end, new beginnings struggle to maintain stability in light of uncertainties, various voices, dozens of civilian casualties and obscurity regarding the country's future. Turkey, as a country that has seen a relatively new momentum in its relations with Sudan, is closely observing the developments in the region.

The question that remains is to whether or not ties between the two will continue to remain the same in this newly-emerging Sudan. According to experts, Turkey has deep, historical ties with the people of Sudan that go beyond governments or regimes hence should be based on such factors alone.

"It is not right to base the relations with Sudan only on [Omar] al-Bashir," said Mustafa Efe, head of the Ankara-based Africa Strategic Research Center, referring to the long history of ties between the two countries.

"For Turkey, when it comes to Sudan, the only thing that matters is the people of Sudan, not the leadership or the opposition," he said.

In April, the Sudanese army ousted longtime President Omar al-Bashir, who had ruled Sudan since 1989, following months of popular protests against his rule. Although still struggling to form a stable order, the army has established a military council to run the country for a transitional period of two years.

The incident raised many questions regarding the Turkey-Sudan relationship since it was known that during al-Bashir's rule, relations gained momentum with diplomatic visits and bilateral agreements. The developments in Sudan received an immediate reaction from Turkey, expressing concerns for the country. The statements from Turkish authorities called for stability and peace in the country rather than expressing support for any group or person with an emphasis on warm feelings for the Sudanese.

Ankara attaches great importance to the adoption of a credible and an inclusive transition period, in line with the expectations of the Sudanese people, the Turkish Foreign Ministry said.

"Within this context, the transitional Military Council's commitments, which envisage the process will be carried out with the participation of all sections of the society, that security and public order in the country will be maintained and that the administration will be handed over back to the civilians at the end of the process, have been noted with satisfaction," the statement read, adding that "we hope that this process will be completed swiftly."

Turkey will continue to provide its full support for the security and stability of Sudan, as well as peace and prosperity of the Sudanese people, it further said.

President Recep Tayyip Erdoğan also expressed his hope that Sudan can overcome the upheaval peacefully through "national consensus" and urged it to try to operate "a normal democratic process." Yet, the president also reiterated his stance against using coup as a method to bring regime change.

"As you know, I'm not a politician who came to power in a coup. From my time as mayor to now, I am one who always came [to power] through the ballot box and while continuing this journey with the ballot box, I have dealt with a coup attempt," said Erdoğan, adding that he knows from experience what a coup can involve.

"We have deep-rooted historic relations with Sudan. We, of course, support the continuation of these deep-rooted ties," underlined Erdoğan.

Relations with Sudan not limited to al-Bashir

"There is a historical brotherhood," also said İbrahim Tığlı, a journalist and expert on Africa, on the issue. "It is not right to evaluate the relations based on al-Bashir," he underlined.

According to Efe, the idea that the two countries' relations are limited with al-Bahir does not reflect the truth. "Turkey did not only support or cooperate with Sudan for the sake of al-Bashir and when he was in power. Unfortunately, an image like this is being constructed," he said, underlining that Turkey would be there for Sudan regardless of who rules the country.

Erdoğan paid an official visit to Sudan in 2017 where the president and his delegation were given a very warm welcome. Erdoğan's Sudan visit was the first by a Turkish president to the east African country and part of a larger political and economic drive to deepen Turkey's ties with the continent.

The visit made the close ties between the two countries obvious as significant deals were made as well as a big emphasis on brotherhood was underlined. The deal on Suakin island was one of the most significant ones signed during the visit. After he visited the island in northeastern Sudan with then-President Omar al-Bashir, Erdoğan expressed his sadness over much of the historical island lying in ruins. Cooperation and an investment agreement between Turkey and Sudan were signed following the visit.

Aiming to turn the island into a major tourism center, especially for Hajj-bound pilgrims, a restoration work launched in January 2018. Meanwhile, in March, Sudan and Qatar signed a $4-billion agreement to develop the port located in the city. Suakin. The Ottomans used the port city, which was under Ottoman rule between 1555 and 1865 after they conquered Egypt, to secure the historic Hejaz province in present-day western Saudi Arabia from attackers including pirates and the Portuguese in the Red Sea. Until the 19th century, Suakin was the residential address of the Ottoman Empire's Habesh Eyalet, which is today's Eritrea, Djibouti and northern Somalia.

Efe underlined that the reason why relations between the two countries have been improving recently is the fact that the origins of the ties date back 500 years. Besides, in Efe's opinion, the relatively recent humanitarian foreign policy of Turkey to be there for the wronged and stand against unfairness is yet another reason for the country to reach out to Sudan.

"Neither Saudi Arabia, China, the United Arab Emirates [UAE] or Egypt can treat Sudan as Turkey does in its economic cooperation and foreign policy," said Efe, highlighting that while many countries approach Sudan with a hidden agenda, Turkey is on the ground with an all transparent stance.

It is also important to note that despite the recent momentum in ties, the 500-year-long relations have never been interrupted. Turkey was among the first countries to open an embassy in Sudan after its independence in 1956.

"Sudan is important for Turkey not only for geopolitical reasons but geocultural reasons as well," Efe emphasized, adding that the country is significant for Turkey's, as Efe put it, "return to Africa" policies.

Turkey's opening up to Africa dates back to the Action Plan adopted in 1988, took shape in 2005. Since then, the country has focused on comprehensive, long-term policies based on diversifying its relations with the continent. In that sense, the fields of agriculture, water resource management, rural development, health, micro-macro enterprises and security have played pivotal roles in Turkey's economic transactions with Africa.

"The freedom and well-being of the Sudanese people have always been the priority of Turkey," Tığlı expressed.

Still, despite the strong ties, rumors circulated following the ouster of al-Bashir, insinuating that the relations are about to suffer between the two countries. For instance, the position of the island of Suakin became a topic heavily used to muddy waters, with claims hinting that the deal between Turkey and Sudan over the island is off.

Reports alleging that the deal between Turkey and Sudan for the reconstruction and restoration of the historic island on the Red Sea coast could be canceled do not reflect the truth, Turkish Foreign Ministry spokesperson Hami Aksoy said.

Aksoy's comments came after Gen. Abdel-Fattah Burhan, the head of the military council tweeted that Suakin is an "inseparable part of Sudan."

"Its value cannot be measured with a material price, its history cannot be sold. We emphasize that we care about the sovereignty of our territories. We will not accept the presence of a foreign military existence in Sudan," Burhan added.

The general's tweet came after a series of articles by Arabic news outlets and pundits claimed that the new administration in Sudan, believed by many to be backed by Saudi Arabia, Egypt and the UAE, is scrapping the deal with Turkey and getting prepared to set May as the deadline for Turkish presence on the island.

In 2017, when the deal was first signed, it caused concern in the international arena, particularly in Saudi Arabia, Egypt and the UAE, over allegations that Turkey was seeking to expand its military foothold in Africa, the Gulf and the Red Sea.

In Efe's opinion, the temporary military rule has nothing against Turkey. However, he still said that there is a lack of strong authority and military rule is need of major economic support, which are both gaps that are being filled by certain countries. The banning of Al-Jazeera from the country, which hints at the disqualification of Qatar, can be seen as an influence of these countries, according to Efe.