Turkey's reconstruction process in Syria a model for the world 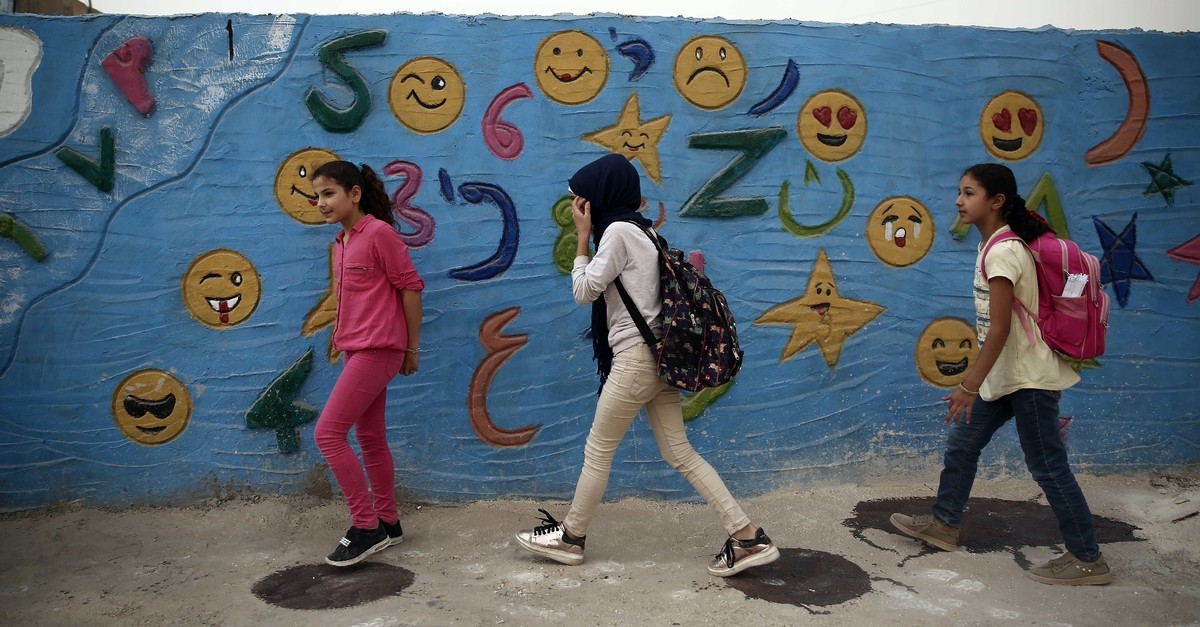 Turkey is a country that has gained the utmost appreciation around the world by virtue of her efforts for the survival of Syrians who were forced to leave their homes. Hosting more than 4 million Syrians and spending billions of dollars on their needs, despite the ongoing conflict, Turkey now looks to establish prosperous settlements and permanent life conditions for Syrians in Turkish-controlled areas. As a matter of fact, Turkey's reconstruction model in Syria contains unique features in many aspects in comparison with other recent post-conflict areas in the world, since it works quickly and makes the regions livable once again on short notice.

For instance, the reconstruction of Afghanistan and Iraq is still incomplete and life standards are unsatisfactory compared to the pre-war conditions. In this regard, civilian populations in conflict regions, such as Bosnia, Afghanistan, Iraq and, finally, Syria, have been left to the mercy of combatant forces. They have been forced to migrate or have had no choice but to emigrate, and they have been subjected to inhuman treatment. Although it is still very recent and the biggest conflict our time, in reality, it has been almost a decade since the Syrian civil war started. The conflict has killed more than 500,000 people and forced more than 5 million people to flee, while some 7 million remain internally displaced. Some of them have sought to reach Europe via the Aegean and Mediterranean seas, but hundreds have died en route to Greece and other countries bordering these seas.

Still, while there have been many leaving the country, there have also been some who have returned to Syria as more than 320,000 Syrian refugees have returned to their hometowns that were liberated from terrorist elements by Turkish military operations and restoration efforts.

The return of Syrian refugees has been made possible recently after Turkey's two operations: Operation Euphrates Shield and Operation Olive Branch. Turkey launched Operation Euphrates Shield in 2016 to clear provinces west of the Euphrates, such as al-Bab and Jarablus, from Daesh and the PKK-affiliated People's Protection Units (YPG). Operation Olive Branch, however, was launched in 2018 toward northwestern Afrin province, again to clear the region of terrorist elements.

Following the operations, Turkey has also been involved in efforts to rebuild the towns' infrastructure as well as health and educational institutions. Schools are being renovated and a hospital is being built. The activities boosted the number of Syrians returning to their homeland from neighboring countries. Turkey has also spent more than $35 billion for the needs of refugees living in tent camps as well as those living outside the camps on their own so far. The humanitarian aid efforts to continue in 368 centers in northwestern Afrin and Idlib, and in 285 centers in the areas cleared through Operation Euphrates Shield.

Now Turkey has intensified her efforts to bring sustainable prosperity and development to the region amid ongoing conflict as it can be a model for the whole world.

Pointing out that Turkey's military and diplomatic activities in northern Syria have four main goals, Aslan summarized them as: To maintain Turkey's border security, to eradicate terrorist organizations, to establish a secure environment for the return of Syrians who have fled their country and to maintain sustainability of life in regions where security is ensured.

Aslan also said that during the preparation of the report they consulted with Turkish nongovernmental organizations (NGOs), local officials of border cities on both sides in Turkey and Syria such as Gaziantep, and Turkey's humanitarian institutions such as Kızılay and AFAD.

"Reconstruction efforts have been launched synchronously with months-long military operations and have continued after the operations. Along with the armed forces, all state institutions, avid civil society organizations and a number of international organizations have been engaged in these efforts in coordination as part of a comprehensive engagement/operation concept," Aslan said. He added that concurrently government offices and municipalities in the neighboring provinces of Turkey, institutions and foundations with activities on a national level and also civil society organizations, have been mobilized.

Elaborating on the current crisis in Syria in terms of peace building, humanitarian needs and reconstruction processes, Talha Köse, associate professor at Ibn Haldun University, said that the Iraq and Afghanistan models are quite ineffective when compared with Syria.

"One of the reasons for the ineffectiveness is that the resources were not distributed fairly for the mandate. International actors favored certain actors and excluded some others which generated tensions and grievances. For this reason the conflict has deepened and political transition could not be successful" Köse said. Aslan also stated that there is no such an example in conflicted areas in the world. "During our work, we analyzed Iraq, Afghanistan models. Nevertheless we could not find any reconstruction efforts especially when the conflict is ongoing. No country attempted such a model as Turkey before" he said.

Emphasizing the fact that there was a security oriented reconstruction strategy in Iraq and Afghanistan, Aslan underlined that Turkey's model in Syria is based on humanitarian needs, necessities and self-reliance in contrast to the aforementioned examples.

"Today, civilians along with combatants are affected more than ever by the acceleration of violence and the speed of conflicts. In present-day conflicts, actors and factors become complicated, and, in particular, universal values intended for the protection of civilians are pushed to the "background." In this regard, civilian populations in conflict regions, such as Bosnia, Afghanistan, Iraq and, finally, Syria, have been left to the mercy of combatant forces. They have been forced to migrate or have had no choice but to emigrate, and they have been subjected to inhuman treatment." Aslan added.

Pointing out the differences of Turkey's humanitarian and reconstruction works in Syria, Köse emphasized that Turkey has been working with wide range of local actors on the field with her state, non-state, religious, educational institutions and NGOs in full coordination. "Turkey has a unique experience and high capacity in humanitarian work. This makes a respectable amount of contribution to the peace-building processes. Somalia was another significant example that Turkey contributed to," he continued.

Pointing out the uniqueness of Turkey's reconstruction strategy, Aslan also said that no country except Turkey, prioritizes agricultural, educational, social and economic projects implemented right after they secured conflicted areas.

"Turkey first prioritizes the aspects of human security and humanitarian needs, then takes all measure to maintain this. While the conflict has been continuing, Turkey has been carrying out development projects swiftly and recovers the pre-existing conditions afterwards. So it can be seen how much more Turkey pays attention to this. With these aspects Turkey differs from the U.S., Iran, Russia, the [Syrian] regime and other actors in Syria" he said.

Underscoring "inclusiveness and synergy with all local actors" as the key concepts of Turkey's success, Köse also said that the United States, international agencies and the foreign actors always tend to conduct 'top to bottom' state and peace-building models which could not prevent the ongoing conflicts in Iraq, Afghanistan. "Besides, these international agencies and foreign actors in the field did not used the resources effectively, and they could not succeed. In contrast, Turkey has achieved more effectiveness with limited capacities when compared with them," Köse stated..

In terms of reconstruction projects by Turkey in northern Syria, educational activities, vocational schools and education also have been prioritized. For example, in Jarablus city center and its surrounding villages a vocational college, four high schools, 12 middle schools, 98 elementary schools and an educational center have been opened.

Accessible Living Centers for disabled children have been built within the scope of social services. The Public Education Center includes a kindergarten, four courses in computers, Turkish-language, hairdressing, and sewing and embroidery courses. Forty-four teachers from Turkey have been commissioned to teach Turkish in 60 schools for students and in six centers for adults.

"Turkey's model would also expediting the return of Syrians to their homes. For instance, now there is an intensive return request to Azzaz and Al-Bab because of the successful reconstructions projects here. With this determination, Turkey removed terrorist organizations from an area stretching from Manbij to Idlib, right along its borders, promoted trust and self-reliance among the Syrians and set the ground for the return of displaced or migrated Syrians to a safe environment," Aslan said.