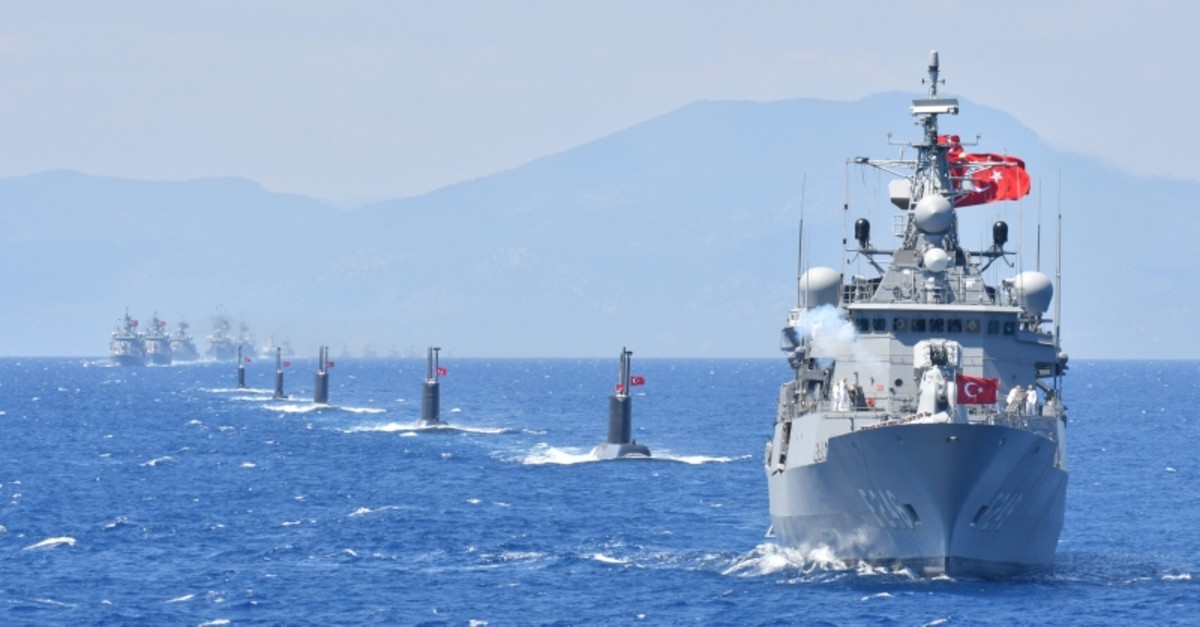 Turkish and Greece Defense Ministry delegations will hold a second meeting this week in the capital Ankara in order to enhance cooperation in the Aegean Sea, according to a statement by the Turkish Ministry of Defense.

The statement said, "The second set of meetings between Defense Ministry delegations of Turkey and Greece, held in order to improve cooperation in the Aegean Sea, especially Confidence Building Measures, will be held on June 17-20, 2019 in Ankara."

A Turkish defense delegation went to Athens for a technical meeting with Greek officials to enhance cooperation especially in confidence-building measures and code of conduct in the Aegean Sea between May 20 and May 25.

Turkey and Greece have several disputes in the Aegean Sea, including the extent of territorial waters, airspace and continental shelf.

"Turkey, in every occasion, voices that it sides with resolution of the problems in Aegean, Eastern Mediterranean and Cyprus within the framework of good neighborly relations and international law and it exerts efforts in this direction," Akar said.

The Foreign Ministry last month accused Greece of attempting to abuse international organizations, including NATO, and draw them into Aegean disputes to justify its national positions, particularly by militarizing its islands in the Eastern Aegean.

The Foreign Ministry said the Eastern Aegean islands were put under demilitarized status by virtue of several international agreements, including the Treaty of Lausanne of 1923 and the Treaty of Paris of 1947.

"While the Aegean disputes between Greece and Turkey are actually being addressed through bilateral channels, the attempts of Greece, our neighbor and ally, to abuse international organizations, including NATO, and draw them into these disputes with the aim of justifying her national positions are not new," a ministry statement added.