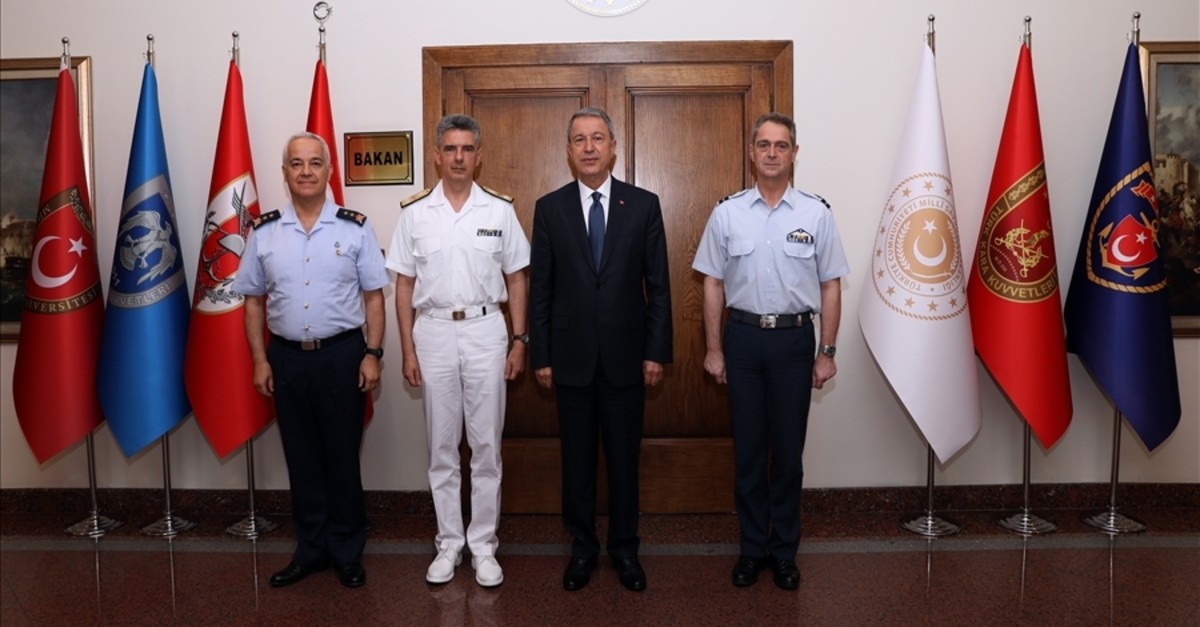 Turkey hosted a Greek delegation for technical negotiations in the capital Ankara to enhance cooperation in the Aegean Sea, the National Defense Ministry said on Thursday.

"Conducted in a constructive atmosphere, the second round of technical meetings in Ankara between Turkish and Greek delegations were concluded today", read a ministry statement.

The meetings focused on confidence-building measures and improving cooperation in the Aegean Sea, it added.

"Talks focused on activities within the framework of CBMs at the technical level in order to prevent unnecessary tension during military activities," the Greek Defense Ministry said in a statement, also confirming that the talks were completed in a constructive atmosphere.

Following the talks, the Greek delegation was received by Defense Minister Hulusi Akar for a courtesy meeting.

Last month, a Turkish defense delegation visited Athens between May 20 and 25 for a technical meeting with Greek officials to boost cooperation, especially in confidence-building measures and code of conduct in the Aegean Sea.

The former head of Greek delegation, Lt. Gen. Nikos Zachariadis, had resigned earlier on June 3 over the approaching snap elections in the country and the talks should be postponed.

Turkey and Greece have several disputes in the Aegean Sea, including the extent of territorial waters, airspace and continental shelf with the navies and air forces of the two countries often engaging each other in chases or dogfights. The Turkish Foreign Ministry had accused Greece of attempting to abuse international organizations, including NATO, and draw them into Aegean disputes to justify its national positions, particularly by militarizing its islands in the Eastern Aegean, which were put under demilitarized status by virtue of several international agreements, including the Treaty of Lausanne of 1923 and the Treaty of Paris of 1947.

Moreover, Turkey has consistently contested the Greek Cypriot Administration's unilateral drilling in the Eastern Mediterranean, saying Turkish Cypriots also have rights to the resources in the area and stating that the exclusive economic zone unilaterally declared by Nicosia violates part of Turkey's shelf, particularly in Blocks 1, 4, 5, 6 and 7.

Ankara says hydrocarbon drilling activities in the Eastern Mediterranean region, launched after unilateral exploration and licensing moves of Greek Cyprus and has turned into a source of tension between the two countries and with the EU, are based on its legitimate rights stemming from international law.

The decades since have seen several attempts to resolve the dispute, all ending in failure. The latest one, held with the participation of the guarantor countries -- Turkey, Greece, and the U.K. -- ended in 2017 in Switzerland.