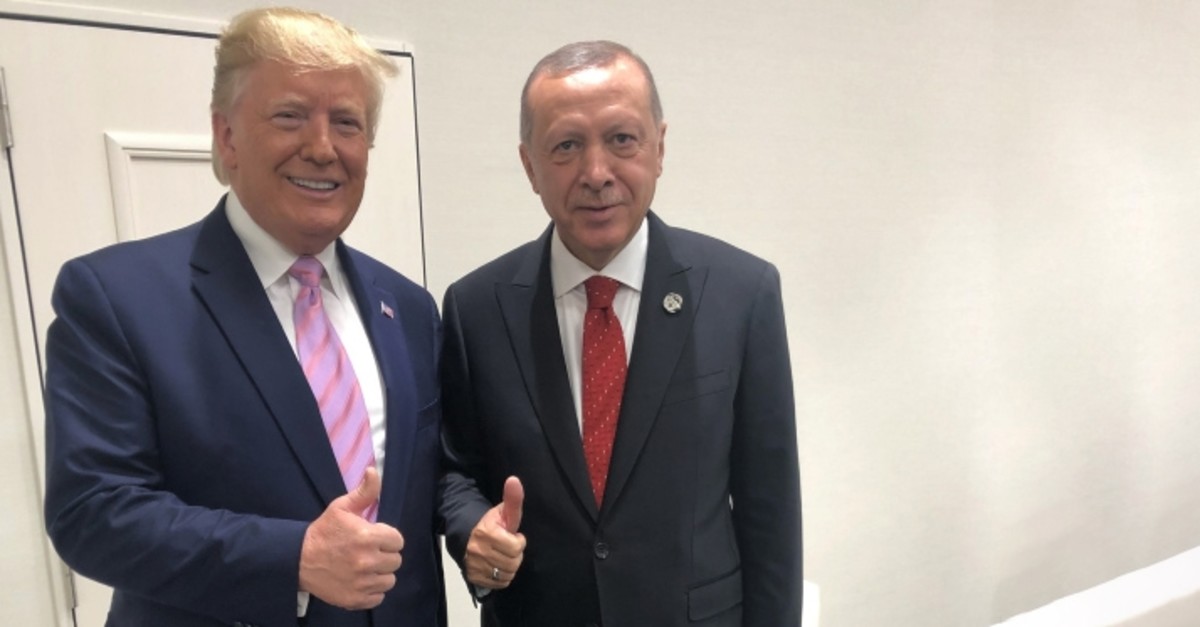 President Erdoğan meets and chats with his US, Russian and French counterparts Trump, Putin and Macron as G20 summit kicks off in Japan's Osakahttps://t.co/pM26HH6cMZ pic.twitter.com/rZ3wuKOm0F

This year's G20 will address issues such as global economy, trade and investment, innovation, the environment and energy, employment, women's empowerment, development, and health.

Erdoğan is scheduled to meet with Trump and Putin on the sidelines of the G20 to discuss bilateral ties as well as various topics, including Russian S-400 missile systems and recent developments in Syria.

Erdoğan will visit China following the conclusion of the summit, where he will also meet his Chinese counterpart Xi Jinping and exchange views on a range of issues to further strengthen bilateral relations.