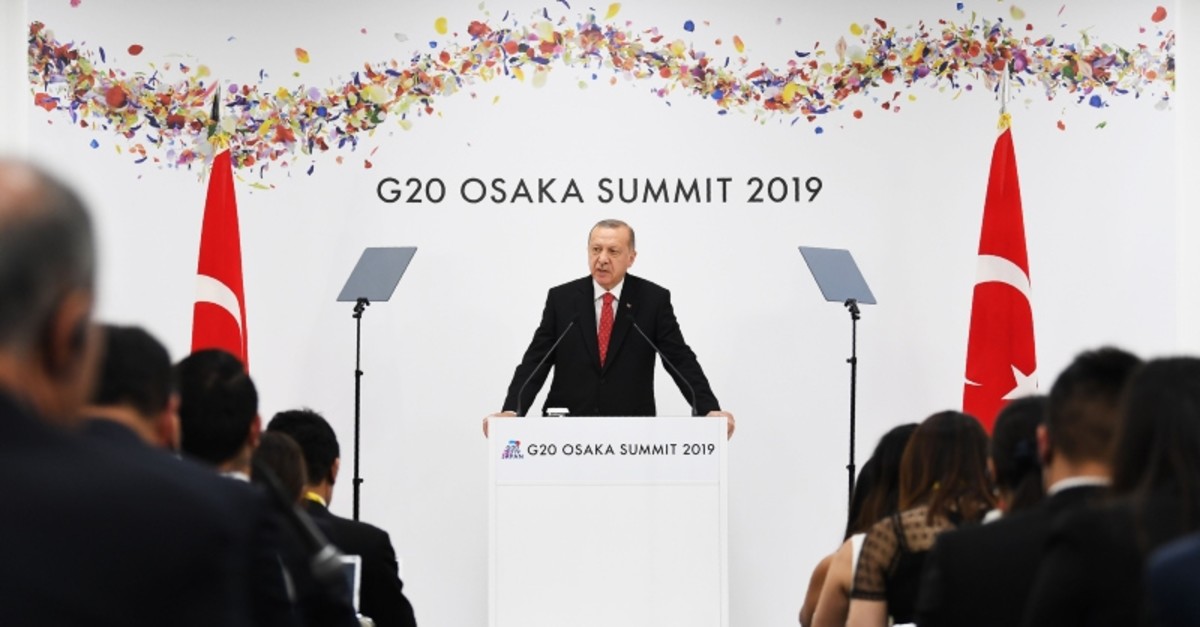 President Recep Tayyip Erdoğan praised the Group of 20 Summit hosted by Japan, saying that it was a successful event and he held productive meetings with global partners.

In a series of messages posted on his official Twitter page, President Erdoğan congratulated Japanese Prime Minister Shinzo Abe for hosting the summit, which allowed world leaders to discuss important issues on the global agenda.

"We found an opportunity to share Turkey's actions and perspectives regarding a range of issues, including counter-terrorism, the global economy, innovation, digitalization, healthcare and the environment, at multilateral and bilateral meetings," Erdoğan said.

Referring to the meeting with the U.S. President Donald Trump, he said: "I had a very productive meeting with U.S. President @RealDonaldTrump that, I believe, will greatly contribute to the development of our nations' political, military and trade relations. We stressed the importance of our strategic partnership clearly and strongly."

"British Prime Minister May and I exchanged views on regional and global issues, including the Eastern Mediterranean, and our political and trade relations. We agreed on a solution-oriented approach to those issues," Erdoğan added.

He said that they discussed Turkey-France relations and resolving of issues between the two countries with his French counterpart Emmanuel Macron.

He also held talks with German Chancellor Angela Merkel on how to further develop bilateral relations.

Turkey and Russia agreed to continue efforts to further develop their well-established relations in all aspects, Erdoğan wrote regarding their meeting with his Russian counterpart Vladimir Putin.

"By emphasizing @jokowi the strong bonds between our countries and the Indonesian President, we have underlined that our desire to strengthen our relations and that we are always with the Indonesian people," he added.

Holding a meeting with Spanish Prime Minister Pedro Sanchez, Erdogan said they discussed on how to improve the relations to reach the desired level.

Erdoğan said that he believed his meeting with Prime Minister of India Narendra Modi will pave the way for developing relations as they discussed bilateral trade, defense cooperation and countering terror.

The G20 Leaders' Summit, followed by more than 2,000 journalists from around the world, is being attended by 30,000 people, including 19 leaders and delegates from the European Union.