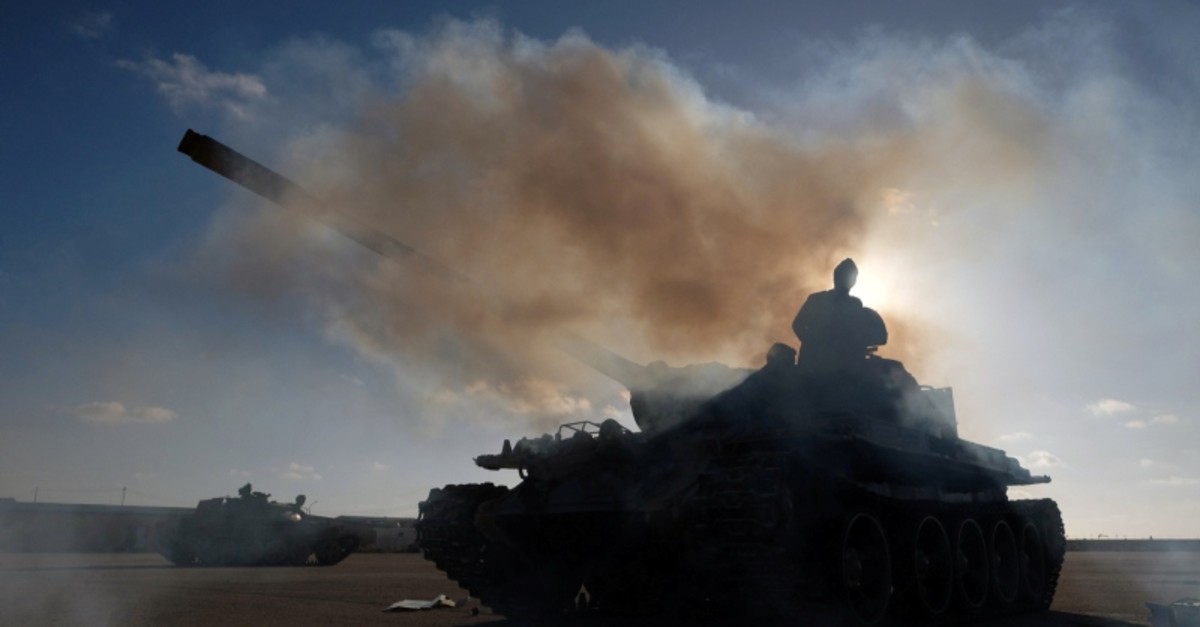 The illegal forces of Khalifa Haftar will become legitimate military targets if they do not release the six previously abducted Turkish citizens, the Ministry of Foreign Affairs said Sunday.

"Holding six Turkish citizens in Libya by illegal militia loyal to Haftar is an act of banditry, piracy," the Foreign Ministry said in a statement.

"We expect that our citizens are released immediately," it stressed.

The Turkish Foreign Ministry on Sunday warned its citizens to stay away from conflict zones in Libya.

The Turkish Embassy in Tripoli on its website advised its citizens to avoid any steps that will jeopardize their security and safety in the regions under control of the illegal militia loyal to Haftar.

It also urged Turkish citizens to stay away from conflict zones under control of the Government of National Accord which is recognized as the only legitimate government by the U.N. and international community.

Defense Minister Hulusi Akar said earlier Sunday that any aggression toward Turkey by Haftar's forces would carry a heavy cost and incur effective and strong retaliation.

Libya has remained beset by turmoil since 2011 when a bloody NATO-backed uprising led to the ouster and death of longtime leader Muammar Gaddafi after more than four decades in power.

Since then, Libya's stark political divisions have yielded two rival seats of power -- one in Tobruk and another in Tripoli -- and a host of heavily armed militia groups.