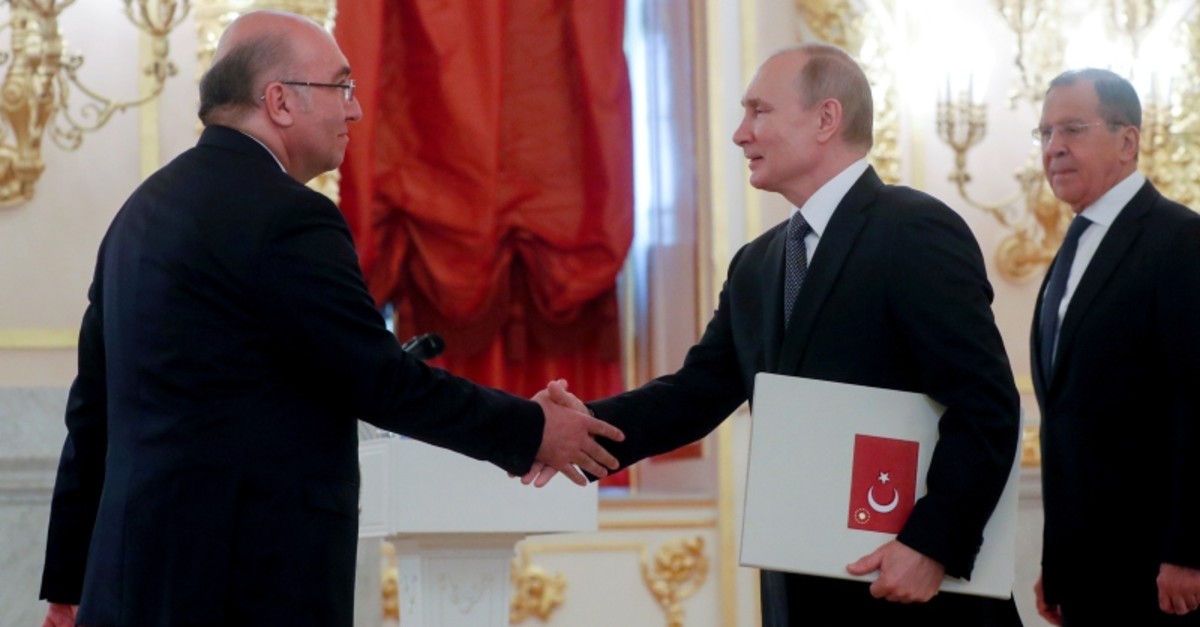 Speaking at a ceremony to receive the letter of credentials from new Turkish Ambassador to Russia Mehmet Samsar, Putin said he is in "constant contact" with his Turkish counterpart.

"Our partnership with our neighbor Turkey has reached a strategic level. We are in constant contact with President Recep Tayyip Erdoğan. In April, a meeting of the High-Level Cooperation Council between Russia and Turkey was successfully held in Moscow," he said.

Putin praised as "major" and "most important" Russian-Turkish construction projects such as the Akkuyu nuclear plant and TurkStream natural gas pipeline.

"We have many other interesting projects and joint initiatives. A significant factor in international stability are the coordinated efforts of Russia and Turkey to normalize the situation and launch the peace process in Syria," Putin added.

Next year Russia and Turkey celebrate a centenary of establishing diplomatic relations, and this month Russia is due to deliver S-400 defense systems bought by Ankara.