Turkey, Russia, Iran summit on Syria to be held in August 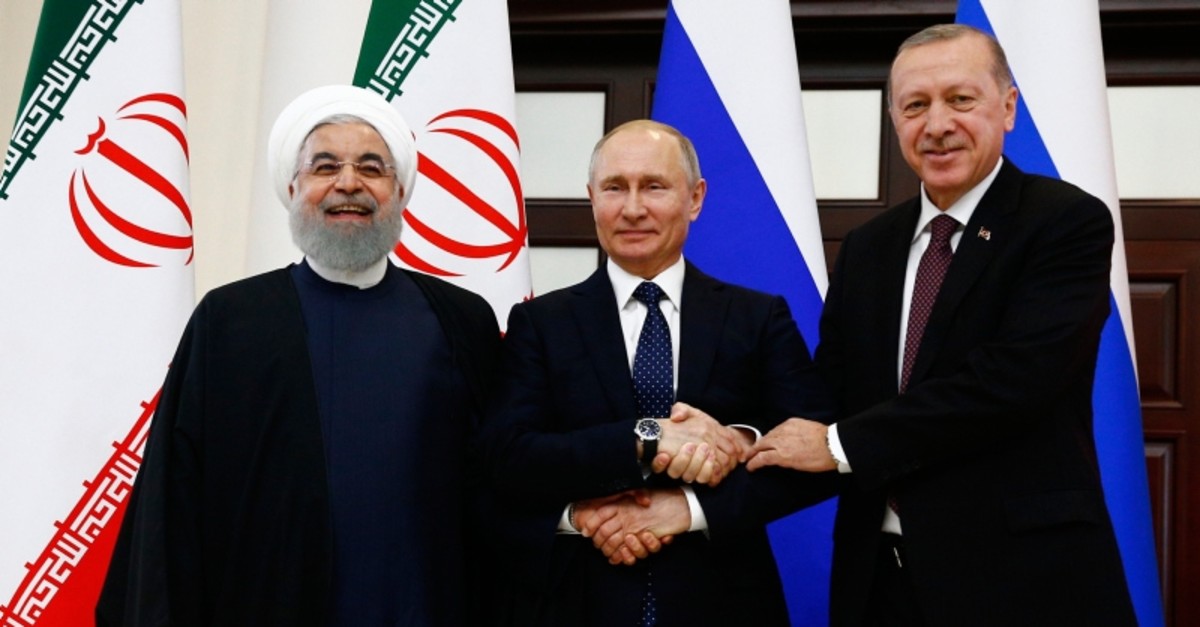 Ankara will host a trilateral summit with the participation of Russia and Iran in August, Presidential Spokesman Ibrahim Kalın said Thursday.

"The meeting will mainly be on Idlib and other parts of Syria, on the general security situation, transition processes, constitutional commission and resettlement," he said after a cabinet meeting in the capital Ankara.

Kalın also said that there would be another meeting with Russian, German and French leaders in two months.

"During the G20 summit it was agreed upon that a four-party summit just like the one from last year will be held in Istanbul hosted by our president. A quadruple summit is planned before going to the U.N. General Assembly," he said.

Kalın said Syria and regional issues will be discussed in these meetings.

Turkey, Russia and Iran are cooperating as part of the Astana process to bring peace and stability to war-torn Syria. Officials from the three countries most recently met in the newly renamed Kazakh capital Nur-Sultan in April.

The first meeting of the Astana process was in Turkey in January 2017 to bring all warring parties in the Syrian conflict to the table to facilitate U.N.-sponsored peace talks in Geneva.