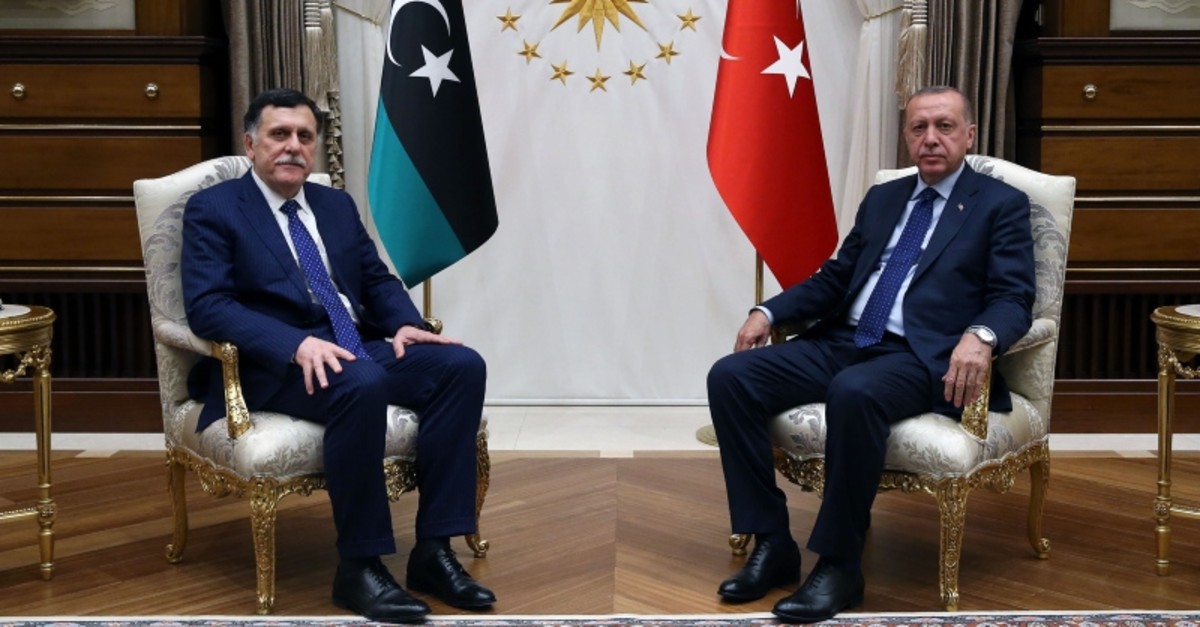 President Recep Tayyip Erdou011fan, right, meets with Prime Minister of the Government of National Accord of Libya Fayez al-Sarraj at the Presidential Complex in Ankara, March 21, 2019. (AA Photo)
by Daily Sabah Jul 05, 2019 11:49 pm

President Recep Tayyip Erdoğan reiterated Turkey's support for the internationally recognized government of Libya, as he called on the forces of General Khalifa Haftar to halt their assaults, in a meeting held on Friday with the head of the country's U.N.-supported government in Istanbul.

The Turkish president also called on the forces of General Haftar, whose self-styled Libyan National Army lacks any legitimacy, to stop their assault on Libyan capital Tripoli.

Erdoğan said he stands by the legitimate Libyan government's efforts to finally bring peace and stability to the war-torn country.

The militia loyal to Haftar took a hostile step against Turkey last week by abducting six Turkish nationals. Having recognized the Government of National Accord, Ankara said it sees the action as banditry, warning that Haftar's forces will become legitimate military targets if they do not release the Turkish citizens. Following the announcement, the captives were freed.

In April, Haftar's forces from eastern Libya and loyal to a rival, east-based government, launched the offensive which has been widely criticized by the U.N. and aid agencies. Approximately 1,000 people have been killed so far in the violence, mainly combatants but also civilians, and thousands have been displaced.

Haftar's campaign has also raised fears of another bout of violence after the 2011 uprising that toppled and killed longtime dictator Moammar Gadhafi. Since then, the country has sunk into chaos, with rival administrations in the east and the west, and an array of forces and militias allied with both sides.