Turkey urges US to avoid harmful steps on bilateral relations 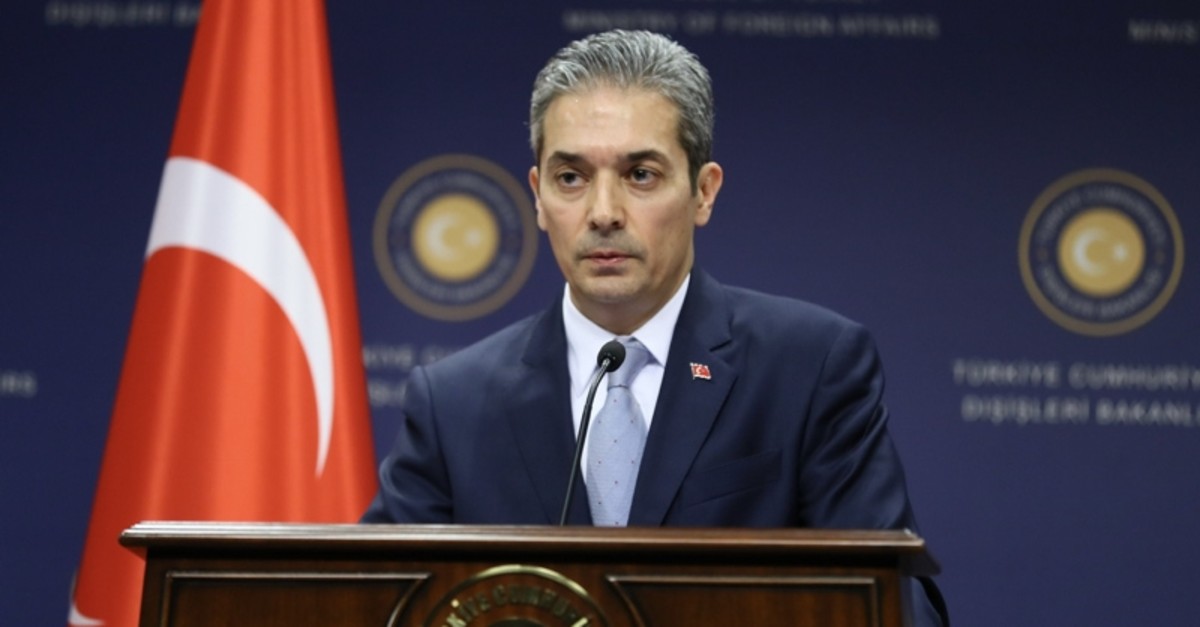 Ankara urged the U.S. to avoid taking steps harmful to bilateral relations after the latter's comments on the Russian S-400 defense system, which is expected to be delivered to Turkey soon.

"The U.S. State Department spokesperson's statement regarding Turkey's purchase of the S-400 air defense system does not comply with the spirit and the content of the meeting between President Recep Tayyip Erdoğan and U.S. President Donald Trump at the G20 Summit," Foreign Ministry spokesman Hami Aksoy said Wednesday.

Aksoy noted that Turkey has not yet received a response from Washington regarding the proposal for a working group on the S-400s.

Remarks came after the U.S. renewed its warning to Ankara that there would be "real and negative" consequences if it completes the purchase of the S-400.

She said that Turkish officials were fully aware of the Countering America's Adversaries Through Sanctions Act, a law passed by Congress in 2017 that mandates sanctions for any "significant" purchases of weapons from Russia.

During the G20 summit in Osaka late last month, Erdoğan said U.S. President Donald Trump told him there would be no sanctions against Turkey after it received the S-400 defense systems.

At the summit, Trump blamed the standoff on then-President Barack Obama's refusal to sell the Patriot missiles to Turkey, and said Turkey had not been treated fairly.

Speaking to reporters on his airplane returning from a trip to Bosnia on Tuesday, Erdoğan said Turkey will not hesitate to use the Russian S-400 missile systems when necessary.

He also reiterated that it was out of the question for Turkey to back out of this purchase.

"We have the right and opportunity to use it wherever and whenever we need to. This is an air defense system. As such, we will activate this system if we were to come under any attack. This is why we have made such an investment," Erdoğan said.

Tensions between the U.S. and Turkey have escalated in recent months over Ankara's purchase of the S-400 systems, which Washington said will jeopardize Turkey's role in the F-35 fighter jet program and could trigger sanctions.

The system can track and engage up to 300 targets at a time and has an altitude ceiling of 27 kilometers.

The S-400 system, which was introduced in 2007, is a new generation of Russian missile systems, and so far Russia has only sold them to China and India.

U.S. officials have advised Turkey to buy the Patriot missile system rather than the S-400 system from Moscow, arguing it is incompatible with NATO systems. Turkey has responded that it was the U.S. refusal to sell the Patriots that led it to seek other sellers, adding that Russia offered a better deal, including technology transfers.