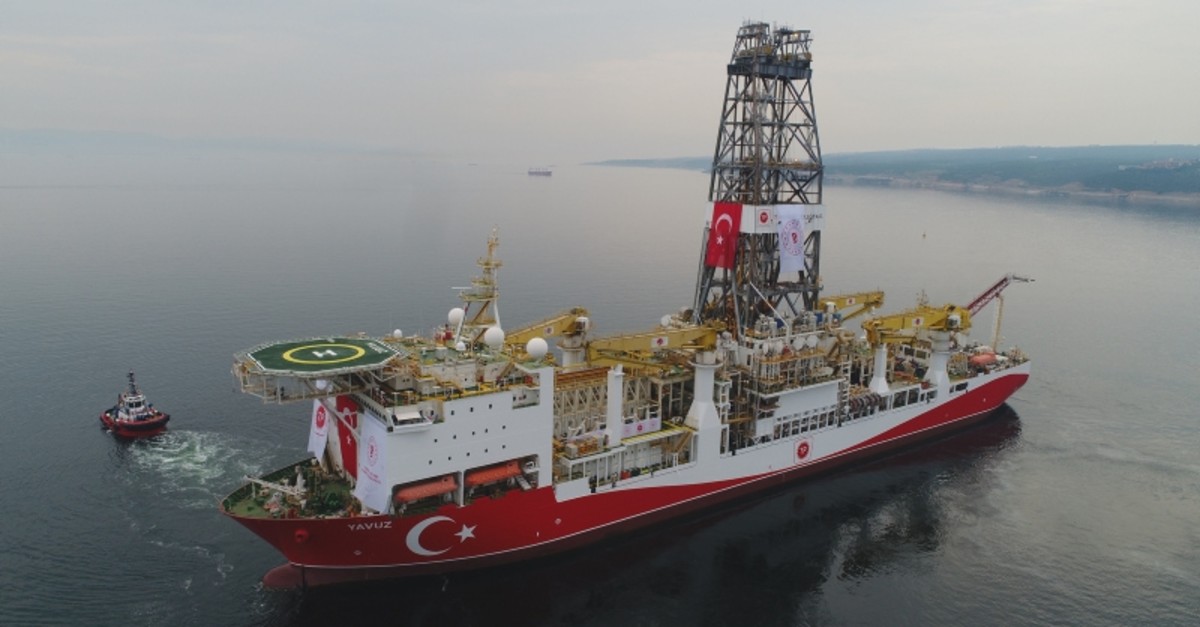 The Foreign Ministry said Wednesday that Yavuz, its second drilling ship, has arrived off eastern Cyprus and will begin drilling operations.

Turkey rejects statements by Greek Cyprus and European Union officials who say drilling activities are illegitimate, it said, adding that these comments point to the usurpation of the rights of Turkish Cypriots on the island.

The ministry also said that it has become clear that the EU, which has become an actor in the unlawfulness by joining the game played by Greece and Greek Cyprus, cannot assume the role of impartial mediator in solving the Cyprus problem.

The Foreign Ministry's statement came in response to a comment by the newly-appointed Greek Foreign Minister Nikos Dendias that Turkey should stop being the "spoiled child" of the Eastern Mediterranean.

The ministry responded Wednesday that the title of "spoiled child" in the Eastern Mediterranean belongs mainly to Greece, while the Greek Cypriot administration, which is an EU member in contradiction to international law, has acted as the mischievous child, joining Greece in dragging the Eastern Mediterranean into instability. The statement added that Greek Cyprus' membership in the EU does not give it the right to usurp the legitimate rights and interests of Turkish Cypriots.

The Foreign Ministry emphasized that its drilling continues in accordance with the licenses the government granted to Turkish Petroleum in 2009 and 2012 within the continental shelf area registered with the United Nations.

As long as the Greek Cypriot side does not include Turkish Cypriots in decision-making mechanisms, including revenue sharing and guaranteeing their rights on hydrocarbon resources, Turkey "will continue to defend the rights and interests of the Turkish Cypriot people on the island," the Foreign Ministry said.

"In this context, we fully support the statements made by the authorities of the Turkish Republic of Northern Cyprus, which issued the licenses that constitute the legal and legitimate basis for the operations of our Yavuz drilling vessel," it concluded.

The Yavuz had been at the southern Turkish port of Mersin doing final tests and taking on supplies before departing for Cyprus on Sunday.

The 229-meter (750-feet) ship, which has previously drilled in the waters off several countries including Kenya, Tanzania and Malaysia, has been crewed by 150 staff, of which 53% are Turkish nationals, but this number was expected to increase to 180 during drilling operations. The sixth generation drillship Yavuz was bought by Turkish Petroleum for $262.5 million.