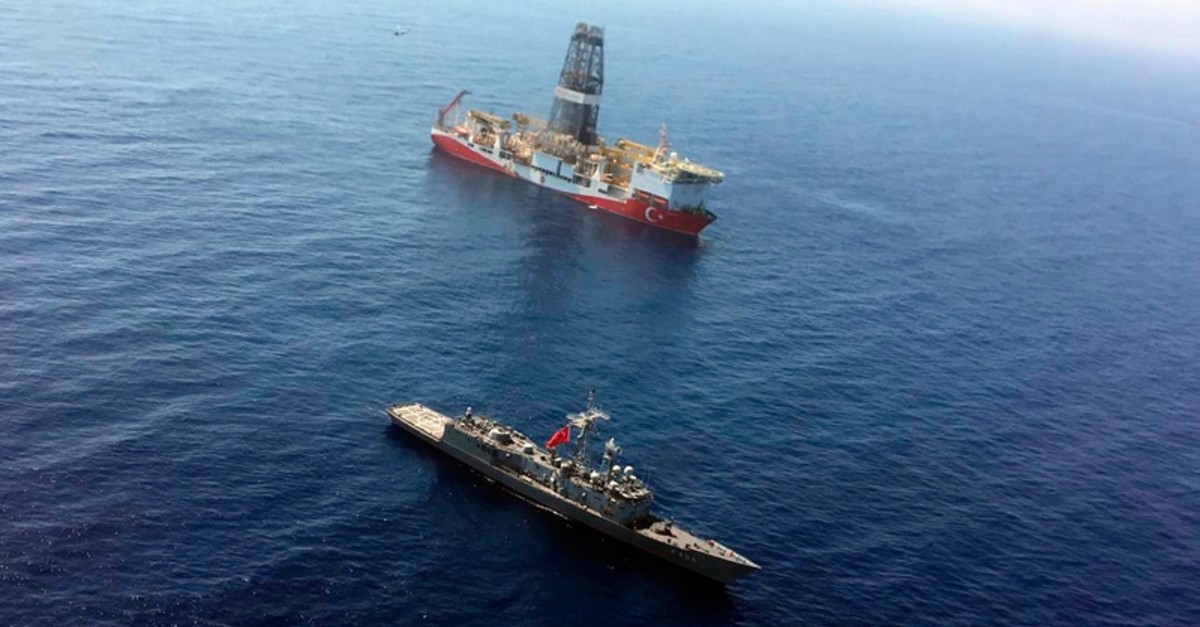 In this Tuesday, July 9, 2019 file photo, a Turkish Navy warship patrols near Turkey's drilling ship ' Fatih ' that is making its way towards the eastern Mediterranean near Cyprus. (AP Photo)
by Daily Sabah with Agencies Jul 13, 2019 1:20 pm

Turkey welcomes and fully supports Turkish Republic of Northern Cyprus (TRNC) President Mustafa Akıncı's proposal for the joint use of Cypriot resources, and cooperation between the two sides in the search for gas off the island, the Turkish Foreign Ministry said Saturday.

The proposal, which was presented through the United Nations, will surely contribute to the development of peace, cooperation and form a basis for a solution to unify the divided island, the ministry added.

Turkey called all interested parties, including the U.N., EU and particularly the guarantor states, to take this opportunity by supporting this proposal and to encourage cooperation on the island's hydrocarbon resources.

"We reiterate our firm resolve in protecting the equal rights of the Turkish Cypriots over the off-shore resources of the Island in addition to our country's own continental shelf rights in the Eastern Mediterranean," the statement said.

"In this respect, we wish to draw the attention of the international community that we will maintain our determined and principled stance in protecting the equal rights of the Turkish Cypriots, until these rights are guaranteed," it added.

In an article for the Cyprus Post published Sunday, Foreign Minister Mevlüt Çavuşoğlu also said that until Greek Cypriots adopt the proposals set out by Akıncı on Saturday to work with Turkish Cypriots, Turkey would continue operations in areas where Turkish Cypriot authorities have licensed it to work "with determination and without change."

Athens and Greek Cyprus have opposed the move, threatening to arrest the ships' crews and enlisting European Union leaders to join their criticism.