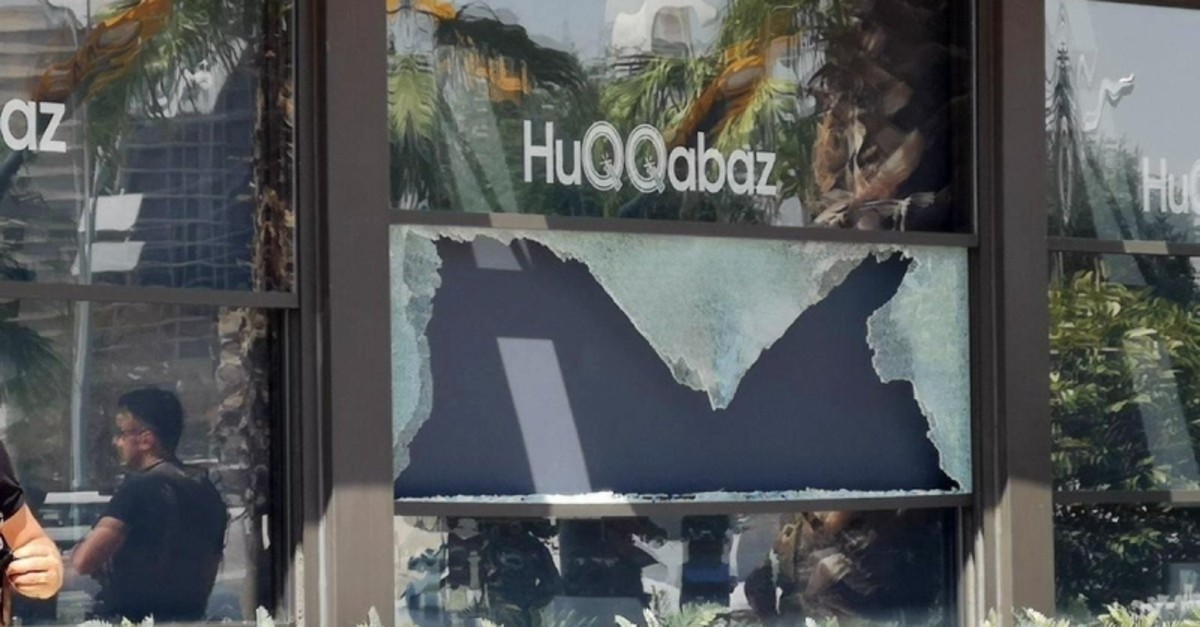 One Turkish diplomat was killed in an armed attack on a restaurant in northern Iraq's Irbil, the seat of the Kurdistan Regional Government (KRG), the Turkish Foreign Ministry said in a statement Wednesday.

"Our initiatives before Iraqi authorities and local officials resume for the assailants of the attack to be found quickly," the statement added, offering condolences to the Turkish nation and the family of the slain diplomat.

Speaking upon his arrival from the Organization of Islamic Cooperation (OIC) in Saudi Arabia's Jeddah, Foreign Minister Mevlüt Çavuşoğlu said the attack involved three people. The attackers also targeted two Iraqis sitting at the next table, killing one of them and heavily injuring another, he added.

"We are in contact both with Baghdad and Irbil. We have communicated with [KRG Prime Minister] Masrour and [KRG President] Nechirvan Barzani. On the other hand, we have also spoken with Iraqi Foreign Minister Mohammed Ali al-Hakim, who is Washington D.C. at the moment, we are in contact.," Çavuşoğlu said.

If needed, Ankara will send a delegation to Irbil, he said.

There was no immediate claim of responsibility for the shooting. Answering a question whether the attack is related to the PKK or another terrorist group, Çavuşoğlu said a terror attack appears as the first possibility in such an attack, however, since two Iraqis were also targeted in the attack, all possibilities should be evaluated.

According to the restaurant owner, the attacker -- in plain clothes and carrying two guns -- targeted the Turkish diplomats dining in the restaurant. Earlier, Reuters reported that three Turkish diplomats had lost their lives in the attack, citing security officials. The deputy consul general in Irbil was reportedly one of the three diplomats targeted in the attack, the report said, but this could not be independently verified by the Daily Sabah.

The fallen diplomat has been identified as Osman Köse, who will be buried in his hometown Mersin in a ceremony that will be held on Thursday.

Roads leading out of Irbil were cordoned off by KRG authorities to capture the two armed assailants involved the shooting of Turkish diplomat, Irbil Police Chief Abdulhalik Talat said.

Authorities locked down the area near the Airport Road between Irbil's Dream City and Empire neighborhoods, known as one of the safest areas in the city.

President Recep Tayyip Erdoğan condemned the attack through a Twitter message, wishing God's mercy upon the consular employee who lost his life in the grim incident. Parliament Speaker Mustafa Şentop and Vice President Fuat Oktay also condemned the attack in statements and vowed to find the perpetrators.

Presidential Spokesperson Ibrahim Kalın also shared a similar statement on his Twitter account. He also vowed that Turkey would give the "necessary response to those who committed this treacherous attack."

Iraqi Foreign Ministry Spokesperson Ahmed as-Sahhaf also condemned the attack, saying Iraqi authorities are in coordination with their Turkish counterparts to reveal the details regarding the attack.

The U.S. and Pakistan embassies in Turkey Wednesday condemned the attack.

"We are deeply saddened to hear of the killing of an officer of The Turkish Consulate, in the Iraqi city of #Erbil. We extend our sincere condolences, and our thoughts and prayers are with Turkey, with the families and loved ones," EU's Ambassador to Turkey Christian Berger was quoted in a tweet of EU Delegation Turkey.

"We express our deepest condolences to the family, friends and colleagues of the Turkish Consulate General employee who was killed today in the heinous attack in Erbil. We condemn this attack in the strongest possible terms," the U.S. Embassy in Turkey said on Twitter.

The Embassy of Pakistan in Turkey also offered condolences.

"Deepest condolences at the martyrdom of the Turkish Consulate official in Erbil in a heinous attack earlier today; the attack must be investigated and perpetrators must be brought to justice," the embassy said on Twitter.

The attack occurred at the Irbil branch of ​HuQQabaz, a popular restaurant in an upscale and high-security area only a five-minute drive from the Turkish consulate on the airport road. The Istanbul-based chain has six branches in Turkey and the company was planning to open two branches in Iraq, in Baghdad and Sulaymaniyah. Its parent company HuQQa cafe chain is popular among visitors from Middle East and has two branches abroad in Dubai, United Arab Emirates and Muscat, Oman with a branch in Qatar on the way.

Consul General Hakan Karaçay was not at the restaurant when the attack took place.

Turkish firms have been undertaking a number of important projects in Irbil, Sulaymaniyah and Dohuk provinces of the KRG. Unlike the rest of Iraq, which has been embroiled in a conflict since 2003, the KRG has remained a safe destination for businesspeople and companies.

Such attacks are rare in Irbil and Iraq's self-governing KRG region is politically allied with the Turkish government, but the PKK group, which has fought a decades-long terrorist campaign against Ankara, operate in parts of the territory.

The attack came days after Turkey's Defense Ministry announced it launched a new military operation against PKK terrorists in northern Iraq. In a statement issued Saturday, the ministry announced the start of "Operation Claw-2" aiming to destroy caves and shelters used by members of the PKK in the Hakurk region. It said the operation began late Friday with commandos, airstrikes and artillery.

Northern Iraq has frequently been hit by the Turkish military since the early '90s due to terror threats directed by PKK terrorists from the Qandil mountains, located roughly 40 kilometers southeast of the Turkish border. Qandil became the PKK's main headquarters in the 1990s after it used the Bekaa Valley of Lebanon as training grounds for many years.

On Wednesday, Turkey also launched airstrikes that killed at least seven members of the PKK. Turkey has regularly bombed the mountainous area where the PKK are based and in March targeted a meeting of senior PKK leadership there, wounding a senior commander and killing three others.

The terrorist organization has a strong presence in Duhok and sometimes incites the local population against the Turkish army in the region. In January, in a protest incited by PKK terrorists, demonstrators attacked the Turkish military camp near Duhok in Iraq's semi-autonomous Kurdish region and burned two tanks and other vehicles. The action drew strong reaction by the Turkish government and KRG. Turkey had previously warned the KRG and Iraqi governments numerous times about eliminating the PKK's presence to maintain Turkey's border security. Despite top officials from both governments often expressing their discomfort with PKK camps and activities, saying that they won't allow militants to attack Turkey from their soil, no serious action was taken in this regard. With no concrete results from Iraq and the KRG, Turkey decided to take things into its own hands and assumed a hard stance against the PKK presence in northern Iraq.

Daesh, on the other hand, started gaining control in Iraq and later in Syria in 2014 through a campaign of violence, invasion and extreme brutality against residents. Following a period of expansion from 2014 to 2015, Daesh went into a gradual decline, with the U.S.-led coalition bombings weakened the group. The international community has been fighting against Daesh for years, but this bloody group remained undefeated with its militias.