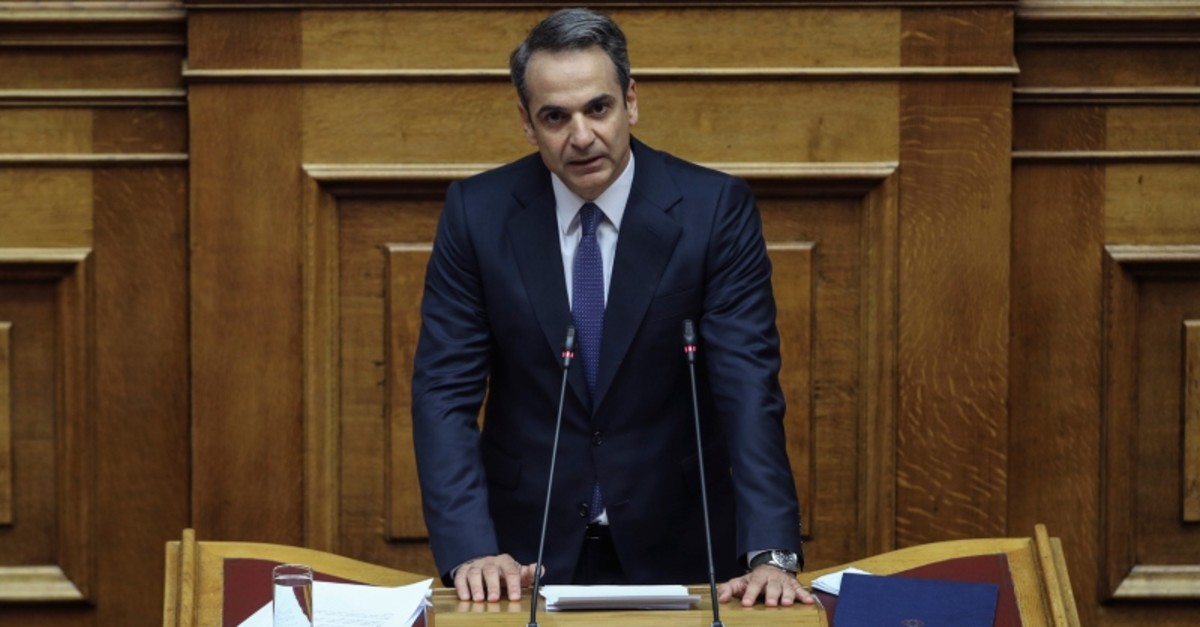 "I call on [Turkish President Recep] Tayyip Erdoğan for a mutual approach in which we will take brave steps," Mitsotakis told the Parliament's General Assembly meeting.

He said he wanted to proceed in line with international law and refrain from "aggressive rhetoric."

"We are living together in this geography. Unnecessary tensions and arms race deprive both countries of valuable resources," he said.

Turkish-Greek ties have been at odds especially due to recent developments in the Eastern Mediterranean.

Turkey has consistently contested the Greek Cypriot administration's unilateral drilling in the Eastern Mediterranean, asserting that the Turkish Republic of Northern Cyprus (TRNC) also has rights to resources in the area.

Since spring, Ankara has sent two drilling vessels — Fatih and most recently Yavuz — to the Eastern Mediterranean, asserting the rights of Turkey and the TRNC over the resources of the region.