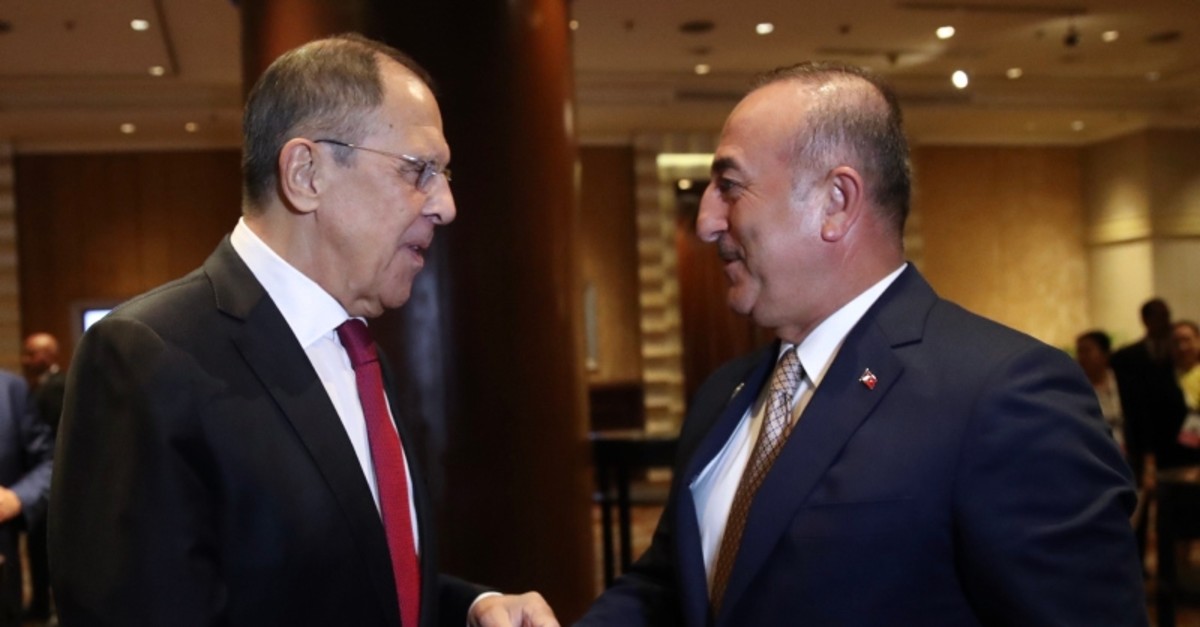 Turkey's purchase of the Russian-made S-400 anti-air missile system does not pose a problem for NATO, Foreign Minister Mevlüt Çavuşoğlu said Tuesday on the sidelines of the 52nd meeting of Association of Southeast Asian Nations (ASEAN) Foreign Ministers in Thailand's capital Bangkok.

Çavuşoğlu's remarks came after a meeting with his Russian counterpart Sergey Lavrov on the sidelines of the ASEAN summit.

The two ministers discussed bilateral relations and regional issues. Çavuşoğlu wrote in a tweet that issues related in particular to Syria including Idlib, ongoing constitutional committee talks and the Astana process, including Iran, were on the agenda.

"We have no problem with NATO. As is clear from the NATO secretary-general's statements, the S-400 does not pose a problem for NATO," Çavuşoğlu told Russia Today following the meeting.

"Turkey is contributing to NATO's operations in many ways. These issues have never been brought up at any NATO summit," said the foreign minister, adding that S-400 is an issue of Turkish-U.S. relations rather than Turkish-NATO relations.

Since 2017, Turkey and the U.S. have been at odds over Turkey's decision to buy the S-400, a Russian-made missile defense system, and U.S. threats to break its contract to sell Turkey the F-35 fighter jets over the issue.

The U.S. claims the S-400 will be incompatible with NATO systems, an argument Turkey disputes.

NATO Secretary-General Jens Stoltenberg has said that it is up to Turkey to make its own decisions on weapons systems purchases. 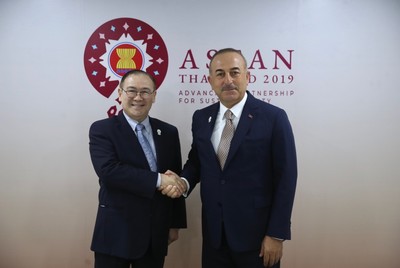 Çavuşoğlu wrote on Twitter that Ankara aims to increase trade volume and defense industry cooperation on the 70th anniversary of Turkey-Philippines diplomatic relations.

Turkey "will continue contributing to the Philippines peace process," he added.

The 52nd ASEAN Foreign Ministers Meeting, which began on Saturday in Bangkok, runs through Saturday.

ASEAN was formed in 1967 by Indonesia, Malaysia, the Philippines, Singapore and Thailand in Bangkok and was later joined by five other countries. Turkey was granted the status of Sectoral Dialogue Partner in 2017.