No plans to integrate Russia's S-400 into NATO, Stoltenberg says 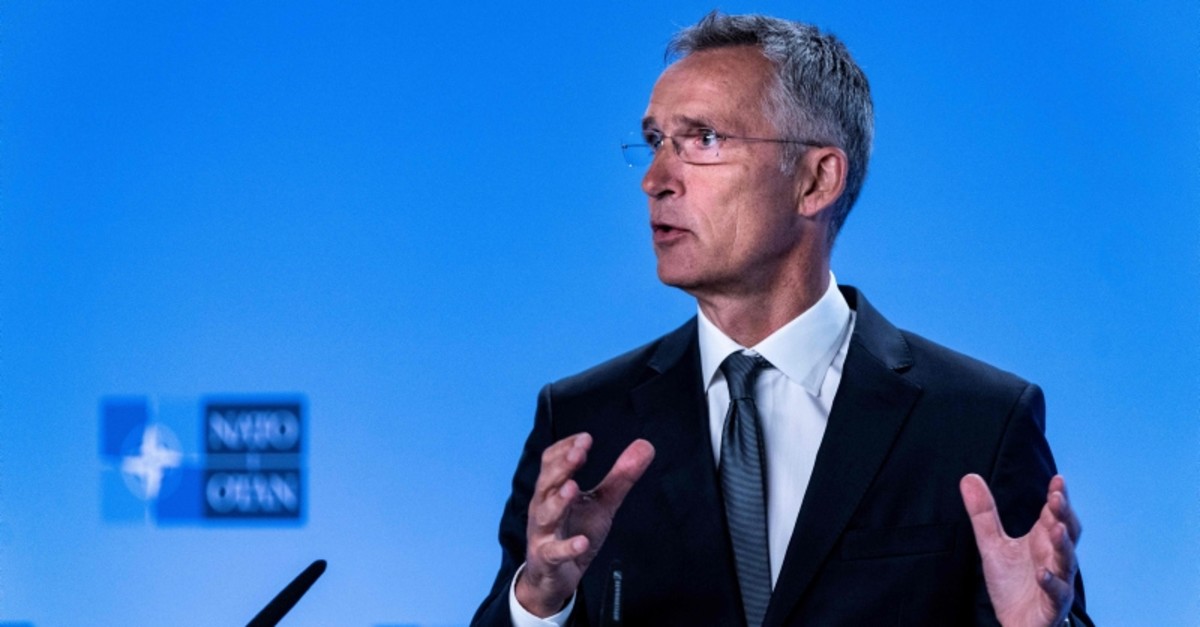 NATO Secretary General Jens Stoltenberg gestures as he delivers a speech during a press conference about the end of the Intermediate-Range Nuclear Forces (INF) treaty at the North Atlantic Treaty Organization (NATO) HQ, in Brussels (AFP Photo)
by Anadolu Agency Aug 02, 2019 8:09 pm

NATO does not plan the integration of the Russian S-400 anti-air missile system into any air and missile defense system of the alliance, NATO Secretary-General said Friday.

"There are no plans to integrate the Russian S-400 into any NATO integrated air and missile defense system," Jens Stoltenberg said in a news conference on the Intermediate-range Nuclear Forces (INF) treaty in Brussels.

Stoltenberg said he welcomes that Turkey is in dialogue with the U.S. on the "possibility of buying Patriot batteries."

He also said Turkey is in dialogue with Italy and France, NATO allies, on missile defense systems.

Since 2017, Turkey and the U.S. have been at odds over Turkey's decision to buy the S-400, a Russian-made missile defense system, and U.S. threats to break its contract to sell Turkey F-35 fighter jets over the dispute.

The U.S. claims the S-400 will be incompatible with NATO systems, an argument Turkey disputes.

Earlier, Stoltenberg has said that it is up to Turkey to make its own decisions on weapons systems purchases.

On Friday, Russia has announced the termination of a landmark nuclear arms control treaty with the U.S., while the move came hours after the U.S. formally withdrew from the INF treaty raising fears over the start of a potential arms race.

Stoltenberg stressed that NATO allies support the decision of the U.S. to withdraw from the treaty, as "no international agreement is effective if it is only respected by one side".

"Russia bears the sole responsibility for the demise of the Treaty," he said.

He underlined that NATO allies remain firmly committed to the preservation of effective international arms control, disarmament and non-proliferation, adding that the alliance works on ensuring its' nuclear deterrent remains safe, secure and effective.

"We will not mirror what Russia does, we do not want a new arms race, and we have no intention to deploy new land-based nuclear missiles in Europe. NATO continues to aspire for a constructive relationship with Russia when Russia's actions make that possible."