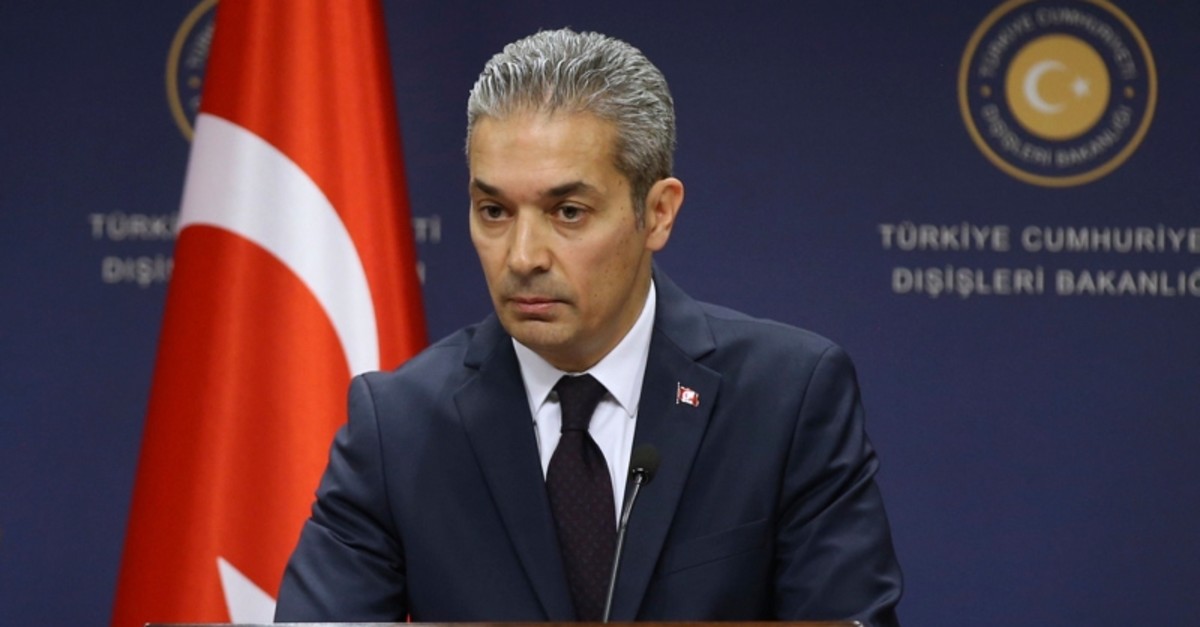 A new military delegation from the U.S. will come to Turkey in the week of August 3 to continue talks on establishing a safe zone in Syria, Foreign Ministry Spokesperson Hami Aksoy said Friday, but warned Ankara will not allow Washington to stall the process by making infeasible offers.

"If Turkey cannot find a middle ground with the U.S., then it will have to establish a safe zone in Syria by itself," Aksoy told a news conference.

The Defense Ministry said in a statement that the delegation will arrive in Turkey on Aug. 4.

On the issue, Turkey expects the creation of a 32-kilometer (20-mile) safe zone in northern Syria, giving Turkey control of this region, which must be cleared of the People's Protection Units (YPG), the Syrian branch of the PKK, he said.

All aspects of the safe zone and the Syrian conflict have been discussed during recent visits to Turkey by James Jeffrey, the U.S. envoy for the anti-Daesh coalition, he added.

Defense Minister Hulusi Akar had also told his American counterpart last week that Turkey would have to form a safe zone in northern Syria by itself if it cannot come to an agreement with the U.S.

"If Turkey and the U.S. do not find common ground, Ankara will be obliged to create a safe zone on its own," Akar said.

But Aksoy warned that Turkey's patience is limited, adding: "We won't let this process be dragged out. If our expectations aren't met, we are fully capable of taking whatever measures [are needed] to ensure our national security."

He stressed that Turkey wants to clear the area of all terror elements and establish a "peace corridor."

On the row between the U.S. and Turkey over the latter's purchase of Russian S-400 systems and its subsequent exclusion from the F-35 fighter jet program as retaliation, Aksoy asserted that Turkey was not a customer of the project but a partner.

"If we continue to be excluded from the process, we will have to try other alternatives," the spokesperson said.