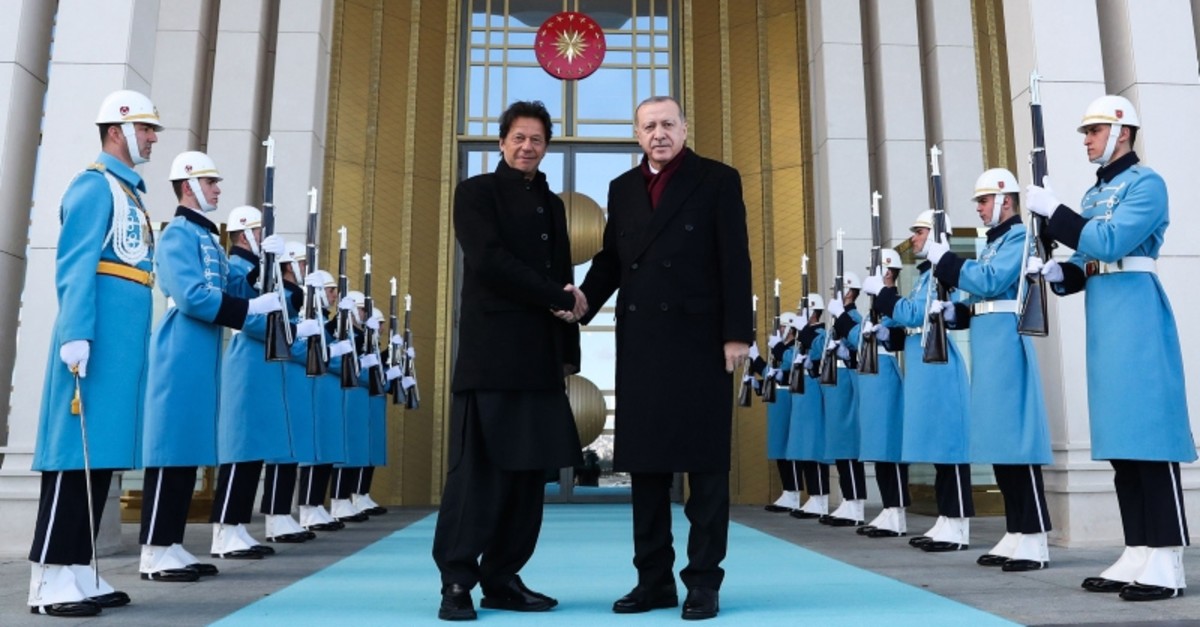 President Recep Tayyip Erdoğan held a phone call with Pakistani Prime Minister Imran Khan Monday after India said it was revoking the special status of Kashmir amid rising tensions in the region.

Diplomatic sources said Khan informed Erdoğan of the latest developments regarding the situation, meanwhile the Turkish president reiterated his call to strengthen dialogue between both sides to avoid further escalation.

The call comes as the disputed Kashmir region is set to lose its special status under a new Indian nationalist-led government, which aims to integrate its only Muslim-majority region with the rest of the country.

On Monday, the Indian government revoked Kashmir's special status in a decree that was condemned as illegal by Pakistan, marking one of the most destructive steps taken in the disputed Himalayan region in seven decades. The decree also proposes to divide the Indian-administered part of Kashmir into two regions directly ruled by New Delhi. Home Minister Amit Shah announced that the government intended to abolish the status for the Indian-controlled region, telling parliament Article 370 would be revoked. "The entire constitution will be applicable to Jammu and Kashmir state," Shah said, ending the state's rights to make its own laws.

Earlier in the day, the Turkish Foreign Ministry also expressed its concern over India's unilateral decision.

In a written statement, the ministry said it hoped the problem would be resolved within the framework of the relevant U.N. resolutions, through dialogue and by considering the legitimate interests of all Jammu and Kashmir people, Pakistan and India.

It also reiterated that Turkey was ready to contribute to efforts to reduce the tension in the region if the parties agree.

Since 1947, Jammu and Kashmir enjoyed special provisions to enact its own laws. The provision also protected its citizenship law that disallowed outsiders to settle and own land in the territory.

The Himalayan region is held by India and Pakistan in parts and claimed by both in full.