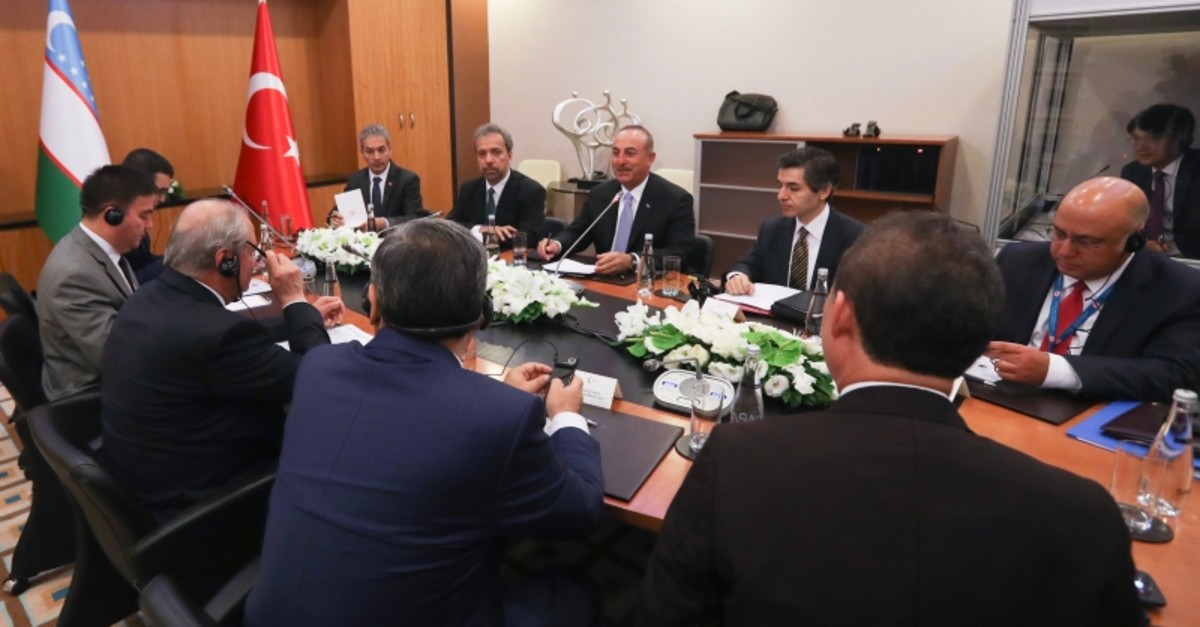 Turkish and Uzbek top diplomats signed a cooperation deal on Monday that will last through the end of 2021.

There were no details of the deal that was inked by Turkish Foreign Minister Mevlüt Çavuşoğlu and his Uzbek counterpart Abdulaziz Kamilov during the first meeting of the Turkey-Uzbekistan Joint Strategic Planning Group in Ankara.

Çavuşoğlu said Turkey further strengthened ties with the Turkic world during his address at the opening ceremony of the 11th Ambassadors' Conference.

He expressed his wish to see Uzbekistan in the Turkic Council, adding that Turkey will join the summit of leaders for the 10th anniversary of Turkic Council to be hosted by "brotherly" Azerbaijan in October.

"We want to see Uzbekistan in this brothers' assembly," the Turkish foreign minister said.