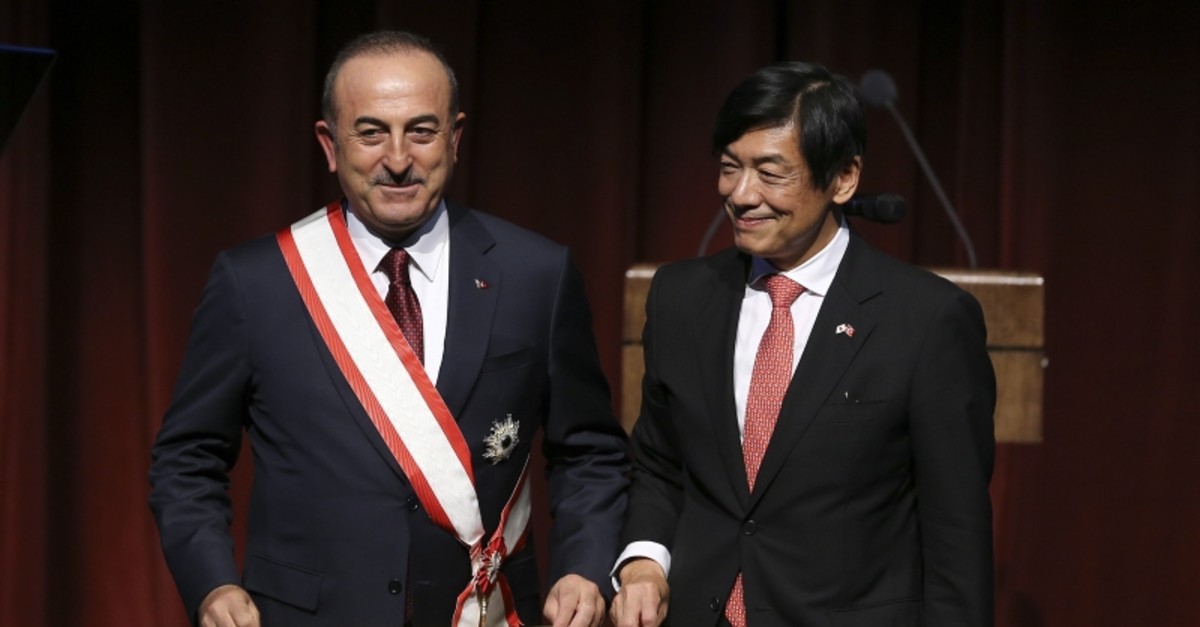 Foreign Minister Mevlüt Çavuşoğlu was honored with the "Grand Cordon of the Order of the Rising Sun" by the Emperor of Japan for his efforts to strengthen Turkish-Japanese relations.

Among the attendees of the award ceremony was Turkey's Vice President Fuat Oktay, Japanese envoy to Ankara Akio Miyajima, and a large number of foreign ambassadors.

Addressing the ceremony, Çavuşoğlu said even though the two countries are located on far edges of Asia, Turkey-Japan ties of affection are very strong and old.

Supporting each other in difficult times is the manifestation of the two countries' heartfelt harmony, he added.

Also, for his part, Miyajima underlined that with the occasion of this award, the two countries would get closer.

Turkey and Japan are the two states and one heart, Miyajima added.

Japanese ambassador pointed out that Çavuşoğlu became the first person to earn this award since start of Reiwa era of Japan.

Adnan Menderes and Fatin Rüştü Zorlu, former prime minister and foreign minister of Turkey respectively, were given Grand Cordon of the Order of the Rising Sun in 1958, becoming the first Turks to receive such award from Japan, according to Miyajima.