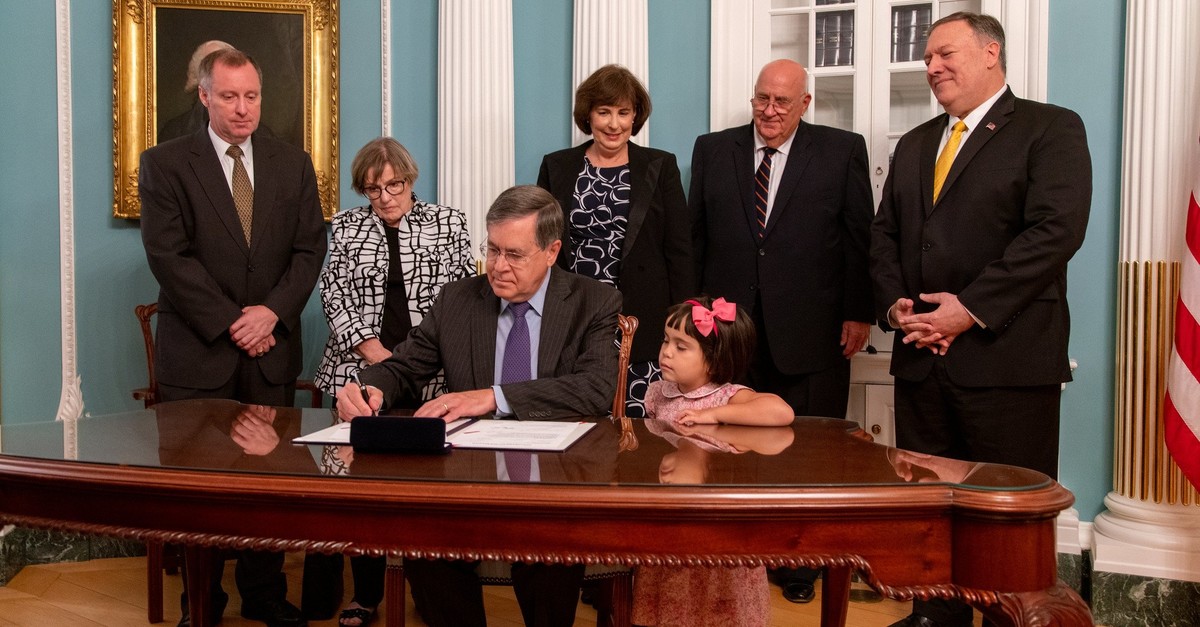 Newly appointed U.S. ambassador to Turkey, David Satterfield swore in and officially began his duty on Wednesday at the State Department in Washington D.C.

Delighted to swear in Ambassador David Satterfield as our top diplomat to #Turkey today. Ambassador Satterfield brings a wealth of knowledge and experience to the job, and we are fortunate to have him representing U.S. interests @USEmbassyTurkey. pic.twitter.com/FM41YgU3gW

John Bass was the last serving American ambassador to Ankara in 2014-2017. Bass, who now serves as new U.S. envoy to Afghanistan, left Turkey in October 2017 amid a visa crisis between Washington and Ankara. U.S. President Donald Trump announced Satterfield's candidacy on February 16. The U.S. Senate designated him on June 28.

Born in 1954, Satterfield stands out as a senior career diplomat of the U.S. Earning a bachelor's degree from the University of Maryland in 1976, he served as Acting Assistant Secretary of State for Near Eastern Affairs since 2017. Satterfield represented the U.S. in Astana Peace Process meetings between Turkey, Russia and Iran held in Kazakhstan's capital Nur Sultan to end the eight-year-long civil war and bloodshed in Syria.

During the presidential term of Barack Obama, Satterfield served as Director General of the Multinational Force and Observers in Rome from 2009 to 2013 and 2014 to 2017.

In 2014, Satterfield was appointed as Special Advisor to the Secretary of State for Libya, based in Tripoli.

During George W. Bush's presidency, Satterfield was the Coordinator for Iraq and Senior Advisor to the Secretary of State Condoleezza Rice from 2006 to 2009.

Apart from English, the ambassador is fluent in Arabic, French, Italian and Hebrew.

Diplomatic relations between Turkey and the U.S. were established in 1927 after the foundation of the Republic of Turkey in 1923.