Turkey will not tolerate US stalling on Syria safe zone, FM Çavuşoğlu says 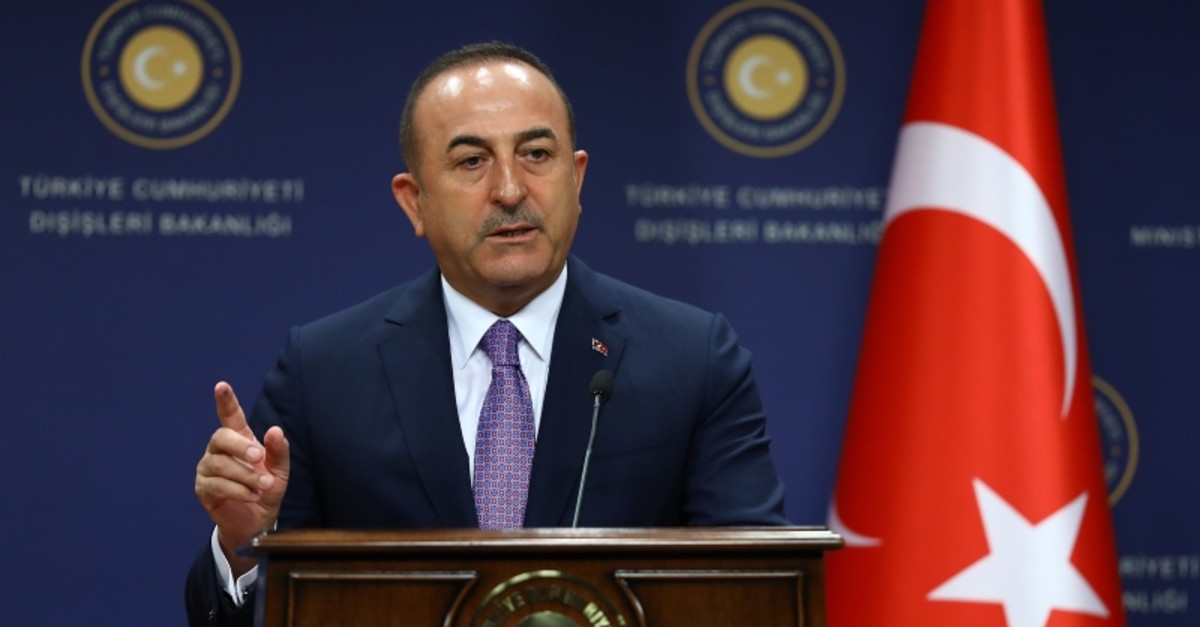 The U.S. will not be able to stall Ankara on the establishment of a safe zone in northern Syria, Turkey's foreign minister said on Thursday.

"What we say is that a U.S. stalling tactic will not work. Unfortunately, they employed such stalling on Manbij, they did not keep their promise," Mevlüt Çavuşoğlu told a joint news conference with Nabeela F. Tunis, his counterpart from Sierra Leone, in capital Ankara.

The Manbij deal between Turkey and the U.S. focuses on the withdrawal of People's Protection Units (YPG) terrorists from the northern Syrian to stabilize the region, which is located north of Aleppo near the Turkish border.

The YPG is the Syrian offshoot of the PKK terror group, which has been responsible for the deaths of nearly 40,000 people in Turkey, including many children, women, and infants, for more than 30 years.

The U.S. has primarily partnered with the YPG in northeastern Syria in the anti-Daesh fight. Turkey strongly opposes the YPG's presence in Manbij, which has been a major sticking point in strained Turkey-U.S. relations, due to the latter's support for the YPG under the pretext of fighting Daesh. The U.S. has provided military training and given truckloads of military support to the YPG, despite its NATO ally's security concerns.

Çavuşoğlu underlined that the preliminary agreement between Ankara and Washington for a safe zone was only a beginning and that there remained "many topics" that need detailing.

He said U.S. President Donald Trump had previously promised it would be 32-kilometre (20 mile) wide.

His comments come as an American military delegation headed by Lieutenant General Stephen Twitty, deputy commander of the U.S. European Command, was expected in the southeastern province of Şanlıurfa.

The agreement envisages the setting up of measures necessary to address Turkey's security concerns.

Twitty will supervise the establishment of the joint operations center as part of the effort to organize a "safe zone" in northern Syria, the Turkish defense ministry said.

The Pentagon on Wednesday said the agreement would be "implemented in stages."

Turkey previously conducted two offensives into Syria, against Daesh and the YPG, in 2016 and 2018. Euphrates Shield and Olive Branch operations liberated the region from YPG, PKK and Daesh terrorists, allowing hundreds of thousands of displaced civilians to return to their homes.