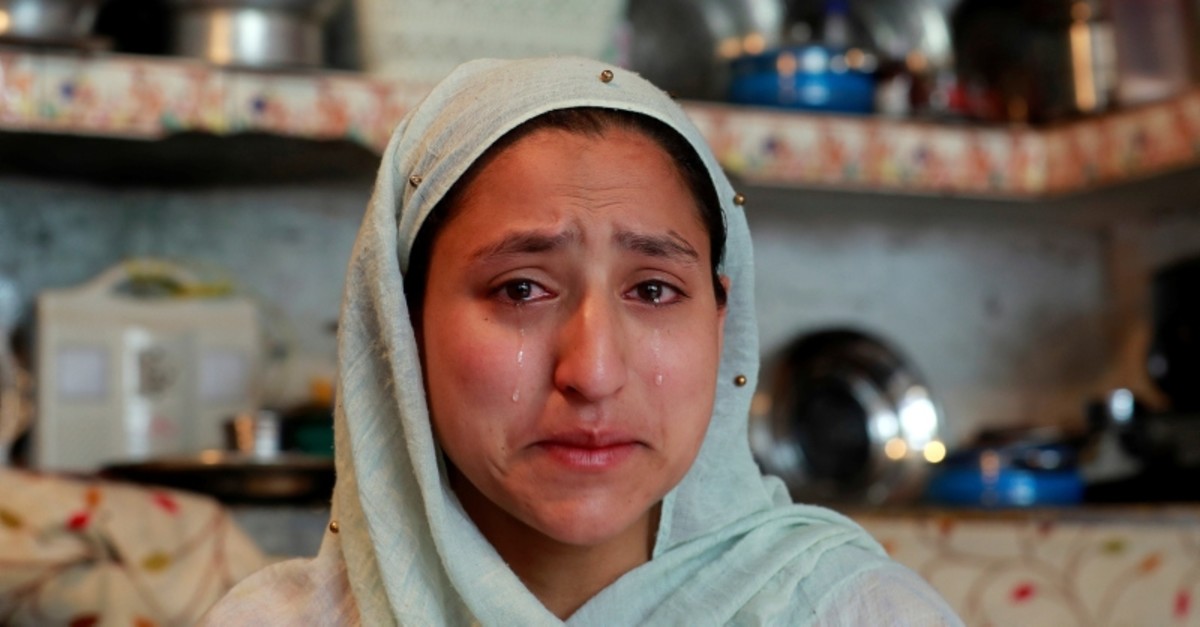 A woman weeps after her household goods were damaged by Indian security forces following clashes between protesters and the security forces on Friday, during restrictions after the scrapping of the special status for Kashmir (Reuters Photo)
by Daily Sabah Aug 17, 2019 8:26 pm

Ankara called on the United Nations on Saturday to take more initiative in resolving the Jammu and Kashmir dispute within the framework of U.N. resolutions.

"We welcome the consultations held at the U.N. Security Council on Jammu and Kashmir yesterday (Aug. 16) under the title 'India-Pakistan,' with a view to de-escalating tension in the region and upholding diplomacy. We believe that the U.N. should play a more active role in resolving the issue within the framework of the resolutions it adopted earlier," the Foreign Ministry said in a statement.

Tensions between Islamabad and New Delhi further escalated following India's recent move to revoke the special status of Jammu and Kashmir, which had allowed Kashmiri citizens to enact their own laws and prevented outsiders to settle and own land in the territory.

Kashmiri leaders and citizens fear this step is an attempt by the Indian government to change the demography of the Muslim-majority state, where some groups have been fighting against Indian rule for independence, or for unification with neighboring Pakistan.

"We reaffirm our hope that the issue will be resolved on the basis of international law and through dialogue between the relevant parties, and we call upon the parties to exercise restraint and to refrain from unilateral steps which may increase tension," the Foreign Ministry statement added.

India has about 500,000 soldiers deployed to its half of Kashmir, where separatists have been fighting for independence or a merger with Pakistan for decades. The rebels and police forces often confront each other in the region.