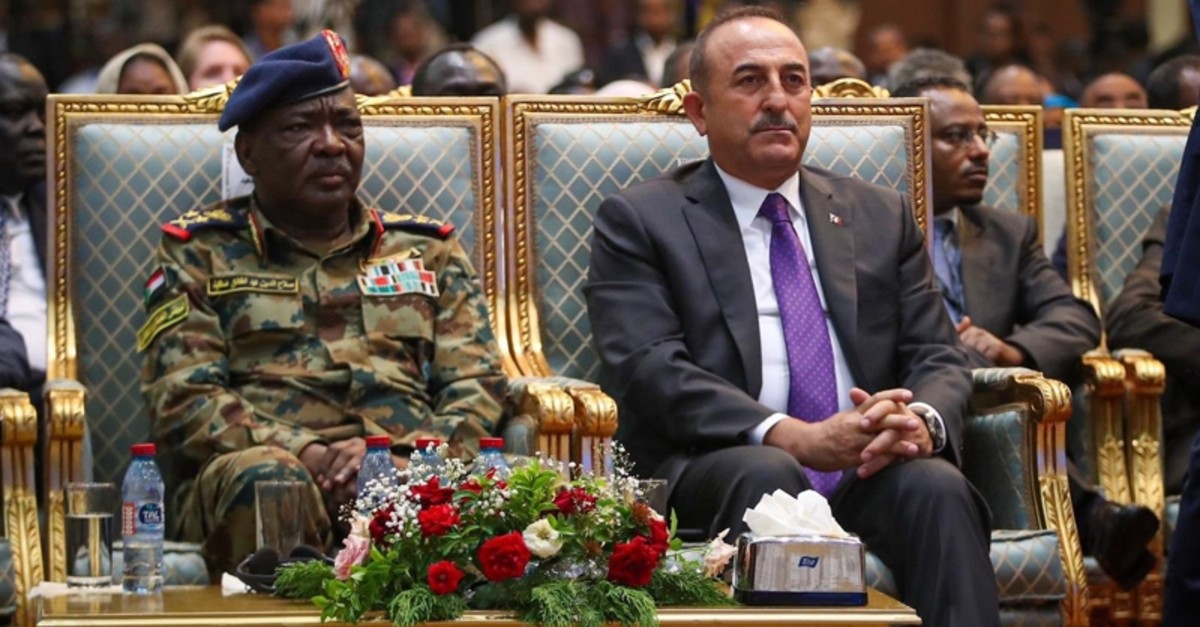 Since the beginning, Turkey has been in favour of peace and tranquility in Sudan, Mevlüt Çavuşoğlu told reports in Sudanese capital Khartoum, where he attended the signing ceremony of a power-sharing deal between rival sides in the country.

Sudan has remained in turmoil since April 11, when the military establishment announced long-serving President Omar Bashir's removal after months of popular protests against his 30-year rule.

Earlier in the day, Sudan's ruling TMC and opposition Forces for Freedom and Change (FFC) alliance signed a power-sharing deal on Saturday, paving the way for elections and civilian rule.

As a result of the deal between the rival sides in Sudan, there will be a 39-month transition before the elections.

"I hope peace and tranquility will be permanent," the Turkish foreign minister said.

He said the stability of Sudan is important for Turkey and for all Africa, but especially for the West Africa and the Middle East, where very negative developments are taking place.

Meanwhile, on the sidelines of the signing ceremony, Çavuşoğlu met with his Finnish counterpart Pekka Haavisto.