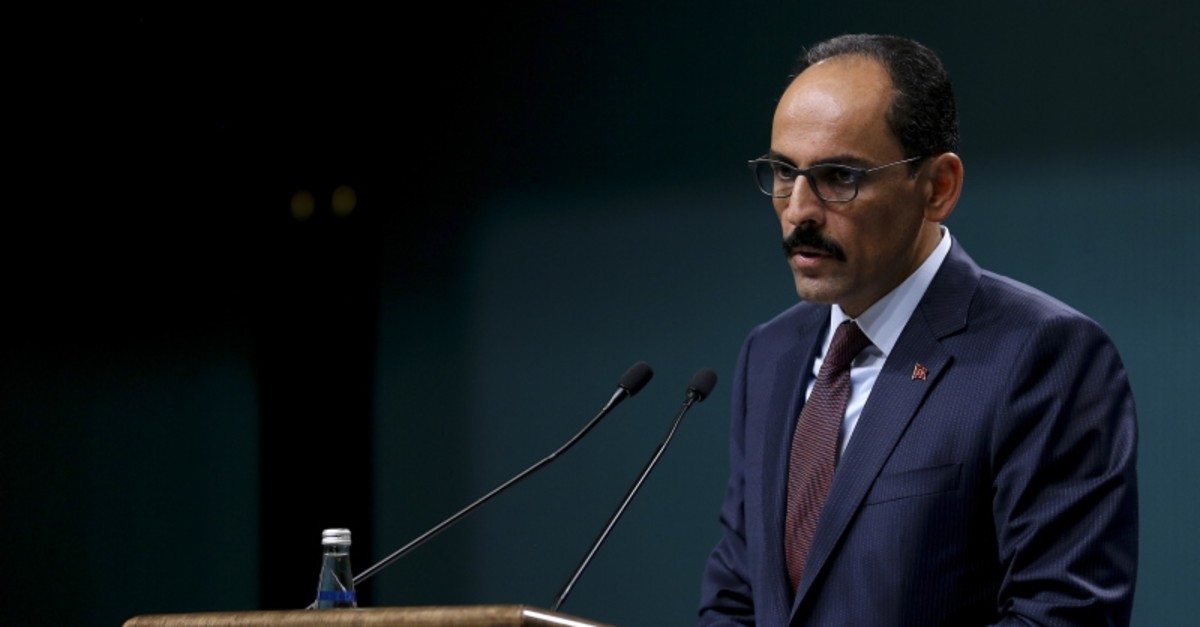 A period of intense diplomacy is awaiting Turkey, Presidential Spokesperson Ibrahim Kalın said Wednesday, with talks between President Recep Tayyip Erdoğan and Russian President Vladimir Putin on the situation in Syria expected in the coming days.

"We will have a trilateral summit with Russia and Iran in Ankara on September 16," Kalın said, speaking after a cabinet meeting. The spokesman reiterated that Turkey was in talks with all concerned parties to reach a solution in war-torn Idlib, adding that joint patrols with the U.S. in Syria would start soon.

"We are preparing for phone calls with Putin as well as U.S. President Donald Trump," he added.

Kalın also said that Turkey had expressed its concerns regarding the Syrian regime's and Russia's attacks on the heavily-contested Idlib town, which is on the verge of a humanitarian disaster.

"Turkey has also conveyed its concerns to Russia," he added, in remarks that came after a Turkish military convoy was attacked Tuesday by regime jets.

The fragile cease-fire in northwestern Syria's Idlib is on the verge of crumbling due to the continuous attacks on residential areas by the Bashar Assad regime and Russia, which have caused the deaths of hundreds of civilians and displaced around 400,000 people.

Pushing intense diplomatic efforts since the beginning to give a chance to a political solution and thereby prevent a new humanitarian crisis, Ankara reiterated its call to maintain stability in the region but also warned the regime to refrain from any kind of aggression against Turkish troops.

The joint Turkish-U.S. operation center to establish and manage the safe zone will be fully operational next week, Defense Minister Akar said last week, adding that Ankara and Washington had also agreed in general terms about the control and coordination of air space in the region.